What have you done to your CX-5 today?

Having the visor section of the front window tinted today, bring on the sun.
J

Planning to install 4300k HID's for low beams next week. 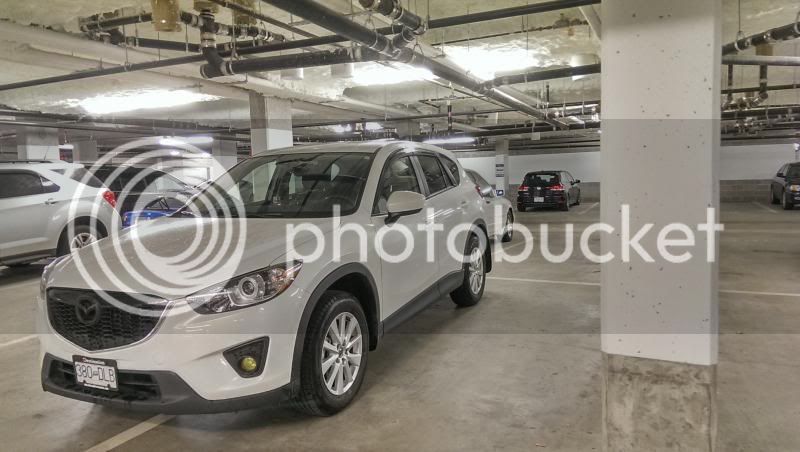 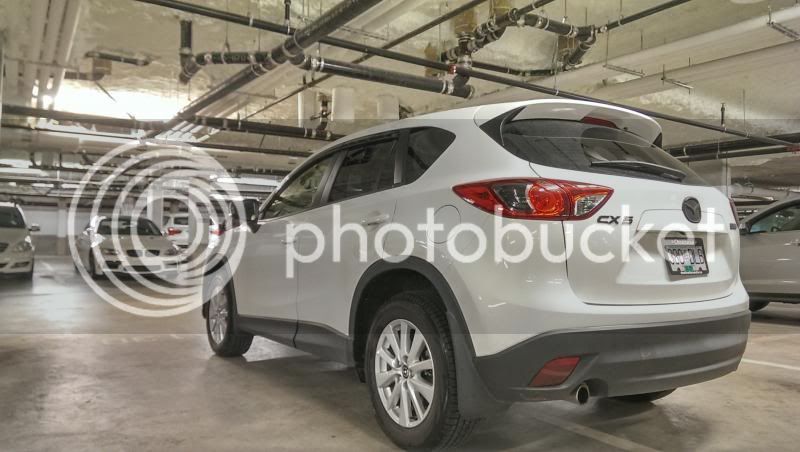 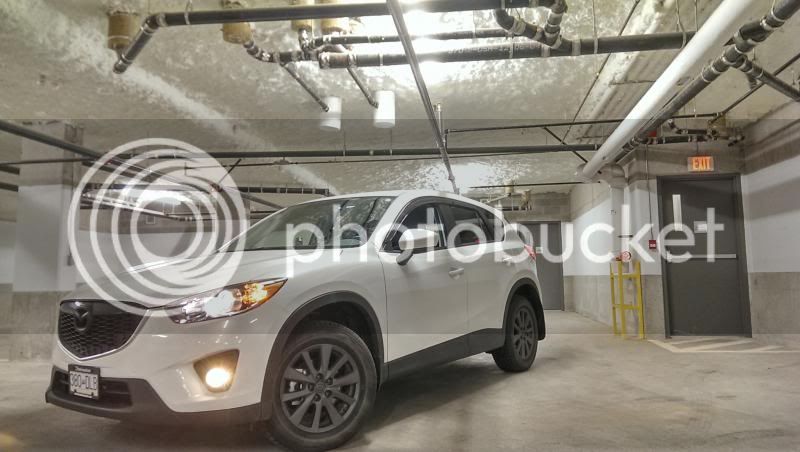 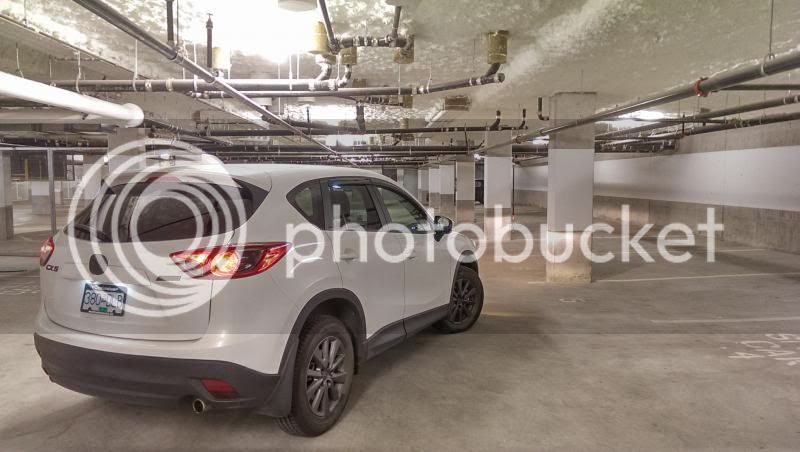 Fixed a clunk caused by a loose endlink bolt from my RSB install, noticed a curb rash on my wheel, and saw a dude do a wheelie on the highway.
I

Today I bullshat with my neighbor two doors down, who was out walking his dog. He also has a new CX-5 GT, in liquid silver.

Not surprisingly, the topics were:
1. Low center armrest. I told him I ordered the Korean leatherette strap-over and I'd let him check it out once I get it. If he likes it I'll order one for him.
2. The horn. He remarked that it's a joke, especially in heavy weekday / rush hour traffic in this area. I told him where it was located and he could change it out himself for like $30.
3. MPG comparison. He's getting 27 mpg with some highway driving, which is 10 more mpg than his Chevy TBSS. I'm still at 24.5, not going on highways much at all.

Nice to personally know other Mazda drivers who are proud of their cars, and their own interest in cars. Also nice to be within a few feet of another CX-5, considering there aren't a great many out there.
H

Yesterday, we picked it up from the dealer with 3 miles on the odo and drove directly to the shop for clear bra and tint installation. Next farkle: heated seats from Coach Automotive.
B

Took her on her first road trip. Almost 400km round trip to the Ontario border along the TransCanada, around a few lakes, then back to Winnipeg through some B roads.

If any Manitobans/Ontarians get out this way, take a fast drive down provincial highway 312 near Ingolf...... just try not to cook your brakes!
Last edited: Apr 18, 2014
J

After a crazy buys week at work , I just spend some time and plastidip coated my OEM wheels in black with clear glossifier and washed it. Sorry for the poor phone picture quality.

Fixed my first (and hopefully last) windshield ding. It was almost dime-sized, and fortunately out of the critical zone. (rant)
C

groovinD said:
I just spend some time and plastidip coated my OEM wheels in black with clear glossifier and washed it.
Click to expand...

Ditto for me today, except I used Anthracite Gray again. I did not put enough coats on the first time (about 6 months ago) and road salt and rocks dinged a few spots right down to the alloy. I put down at least 2 cans of Anthracite and 1.5 cans of glossifier this time. Unfortunately I finished kind of late today and I won't be able to see how they turned out until tomorrow.
C

First wash and full wax since purchase, installed the Curt trailer wiring kit to go along with the hitch I installed last weekend. Also received and attached our new license plates. Took a drive along Pacific Coast Hwy watching the surfers and enjoying the warm sun through the open sunroof!
G

CX-5tormtrooper said:
Ditto for me today, except I used Anthracite Gray again. I did not put enough coats on the first time (about 6 months ago) and road salt and rocks dinged a few spots right down to the alloy. I put down at least 2 cans of Anthracite and 1.5 cans of glossifier this time. Unfortunately I finished kind of late today and I won't be able to see how they turned out until tomorrow.
Click to expand...

Painted Calipers and moved to summer tires... finally ;-) . Also cleaned all traces of salt after this looooooong winter 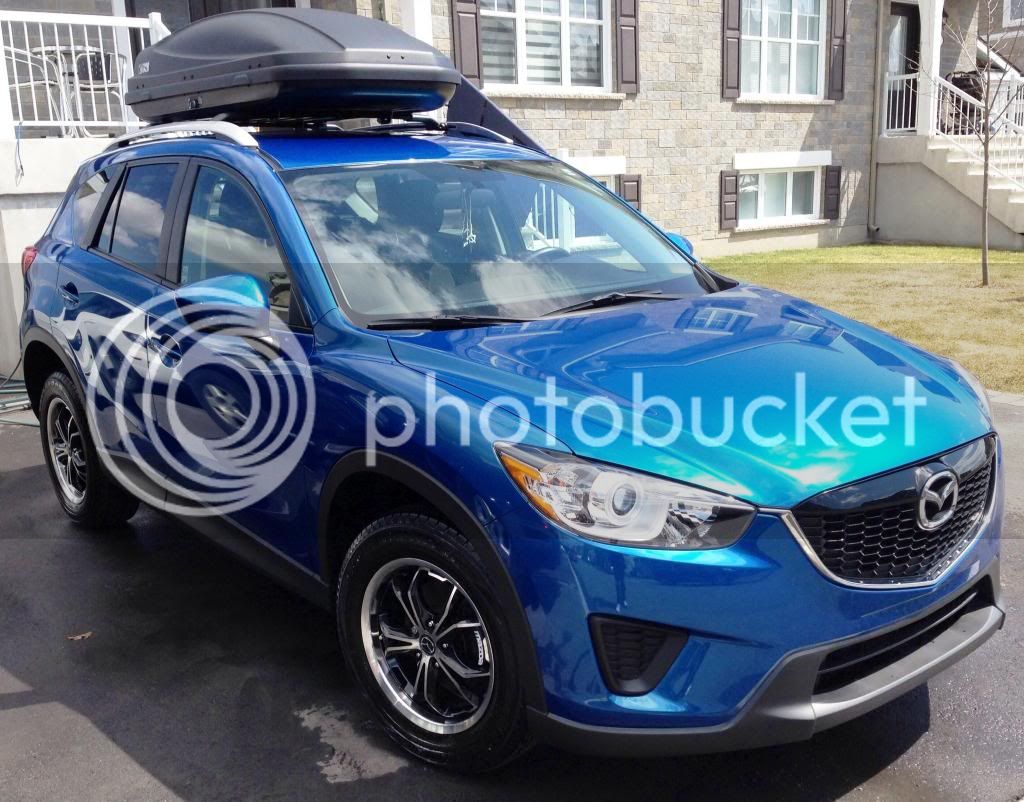 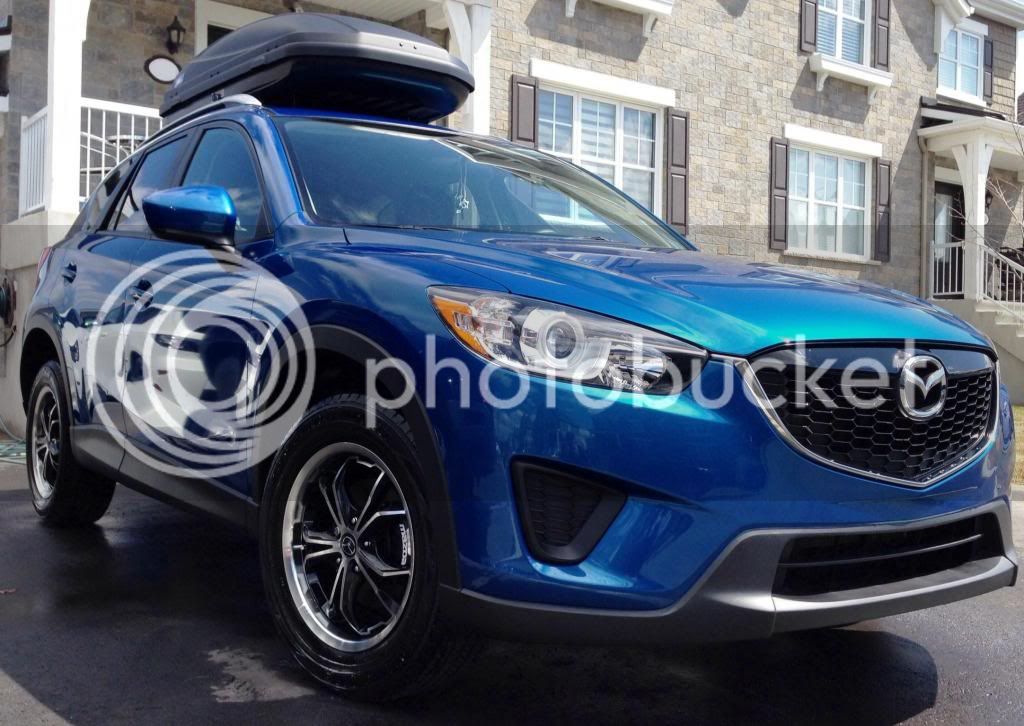 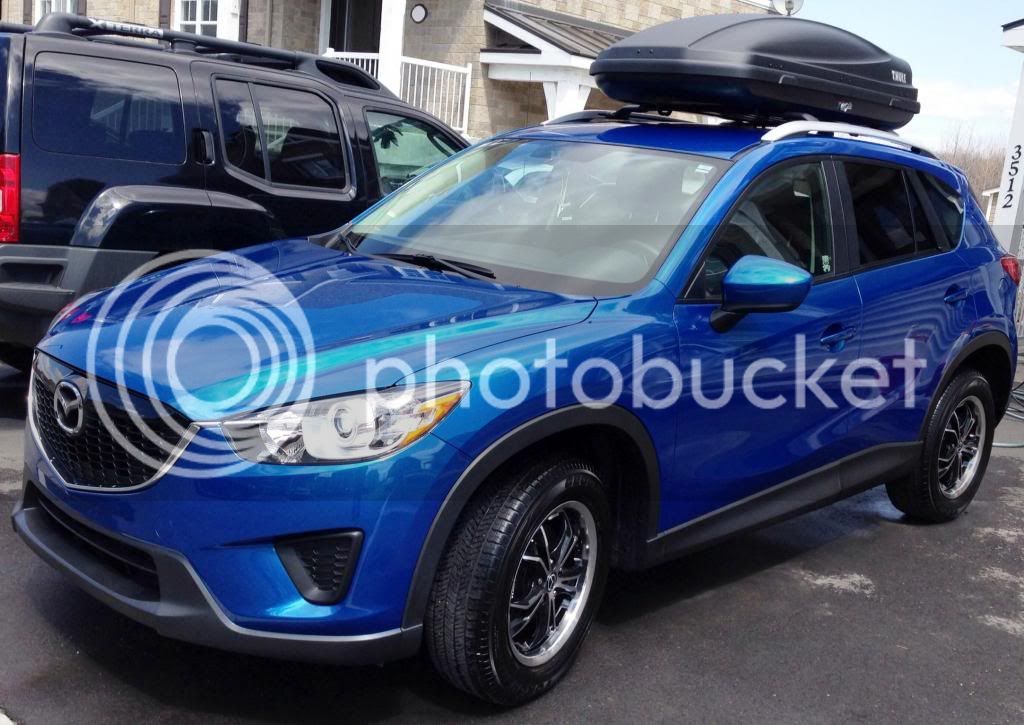 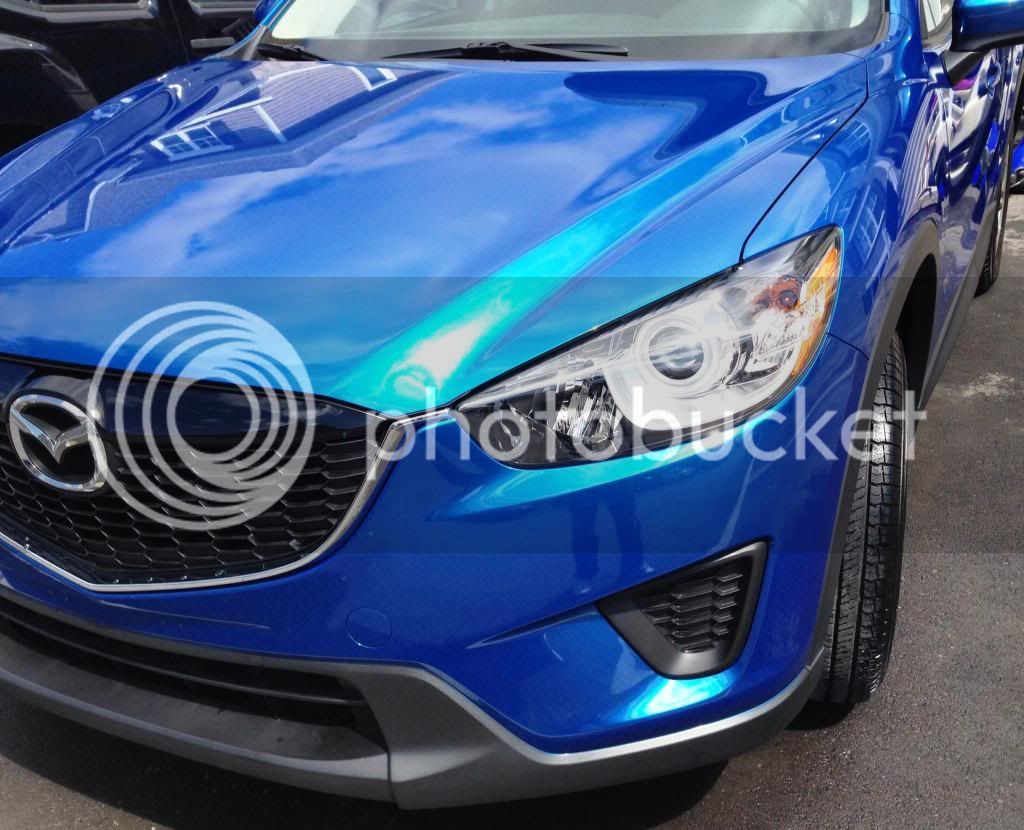 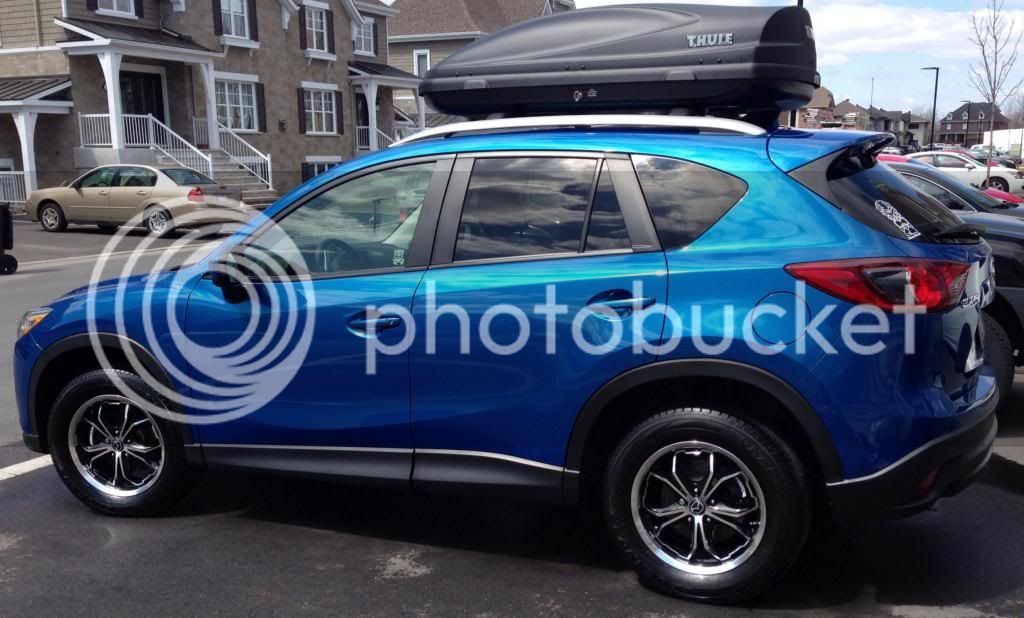 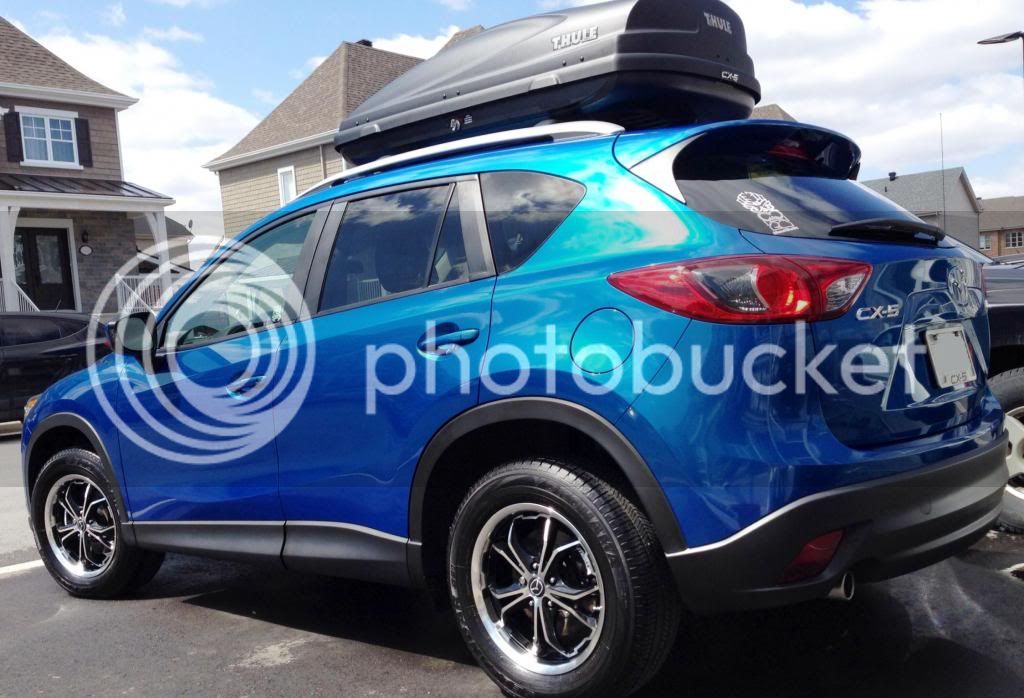 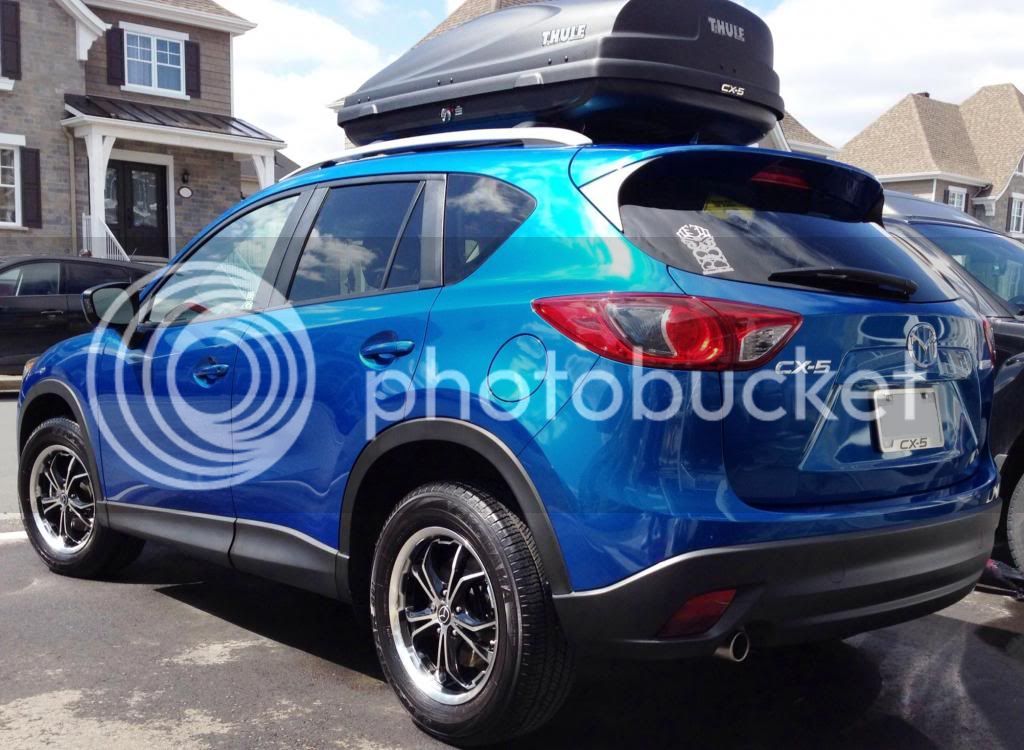 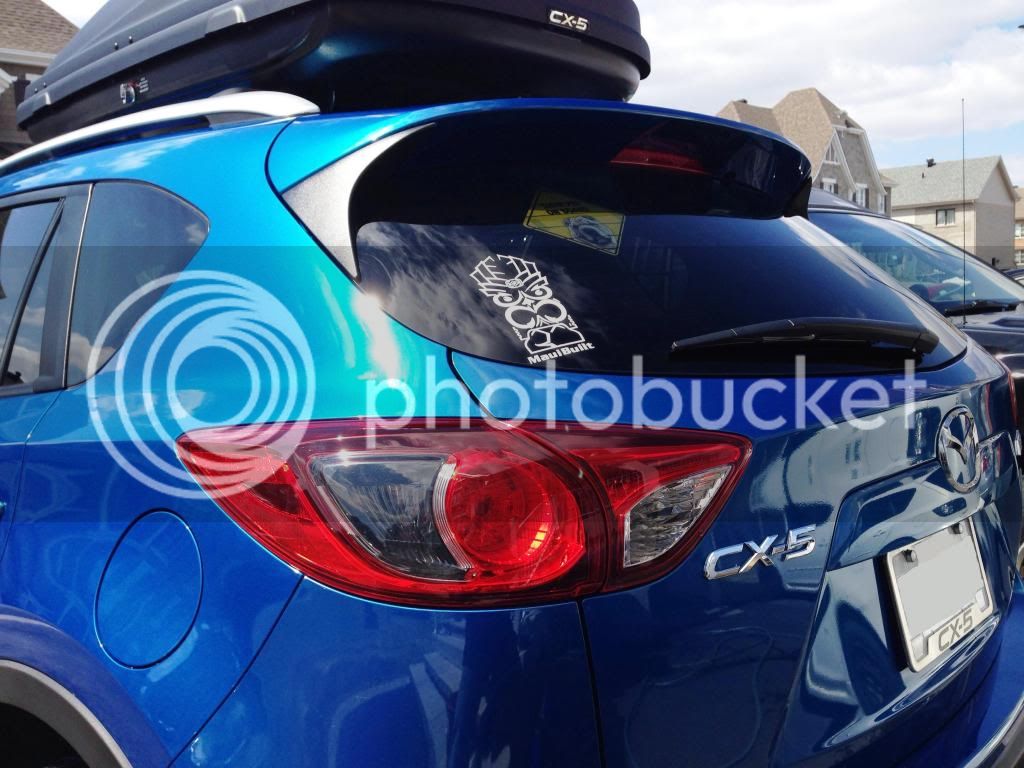 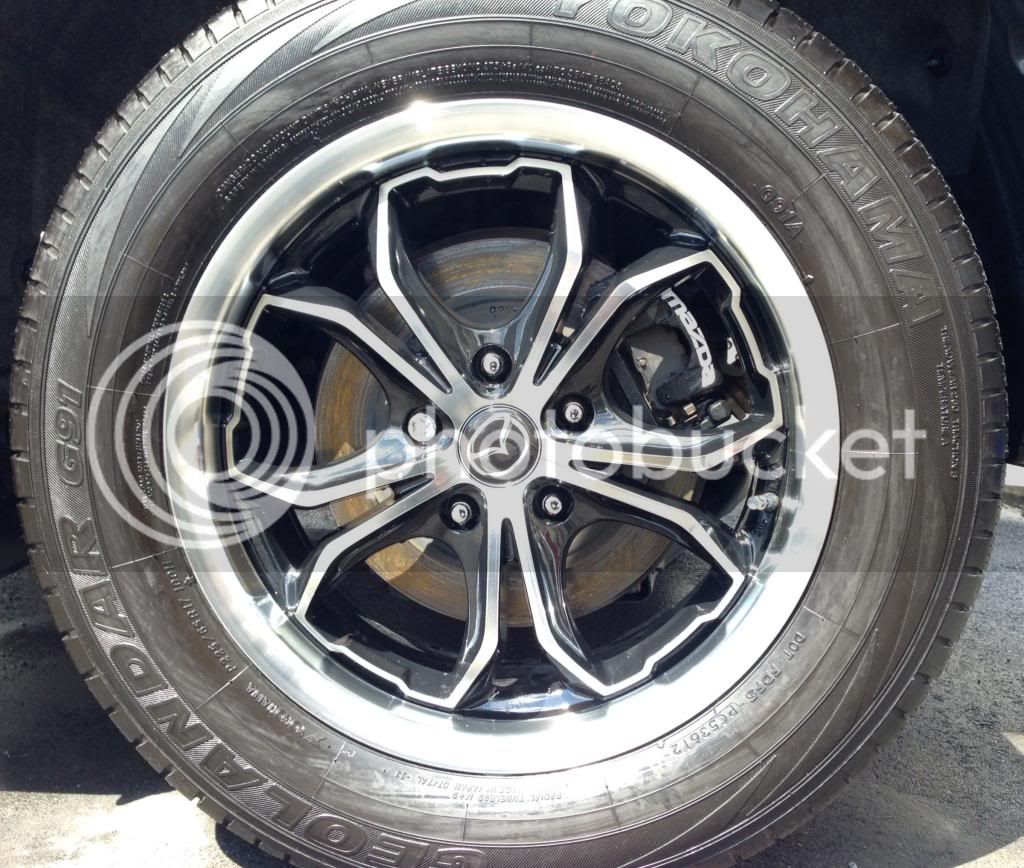 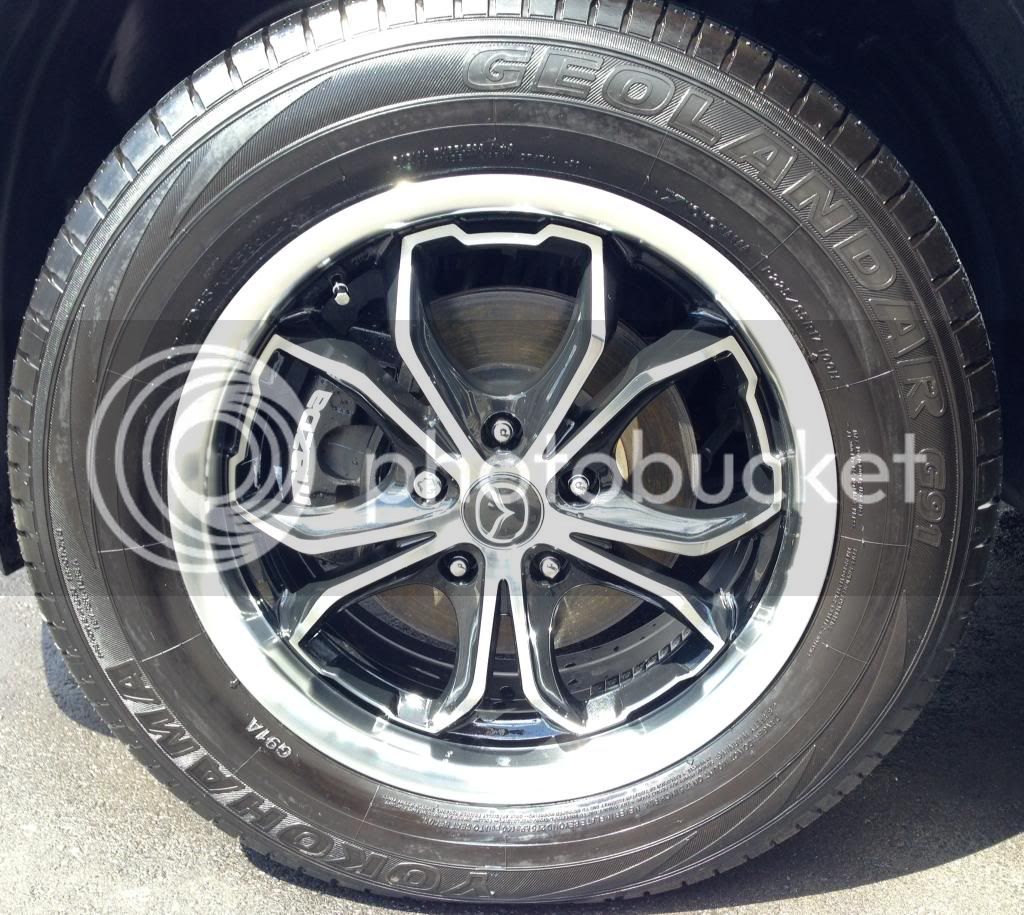 Looks great, by the way what size / model roof top carrier is that? Does it make any wind noise, how about your MPG does it suffer much? We need one and I am trying to figure out which one to get, needs to be long enough for skis.
R

It's the Thule Force L 624. you can fit Ski's or Snowboards up to 158 cm (62.2 inch) . I was carrying all winter 1 snowboard and 2 pair of ski's and all other stuff (boots, helmets) and barely noticed any changes in fuel consumption. As for the wind noise you can expect some but very low levels however when the box is empty and you drive on bumpy roads you can hear some rattle noises coming from the box. I still try to identify what is causing that. Another noticeable thing is that when you load the box it sometimes touches the shark fin antenna due to the box being very close. So far no damage to the antenna or anything else but it's something to consider when checking different cargo box models.
C

I see it's close, are those the OEM cross bars? Is the unit as far forward as it can go? Also does the lift gate clear when up?

I plan on removing it when not in use so don't plan on driving with it empty.

Thanks for the info by the way.
C

I think they came out alright, I kept the wheels on the car this time. They should last longer than my first attempt. 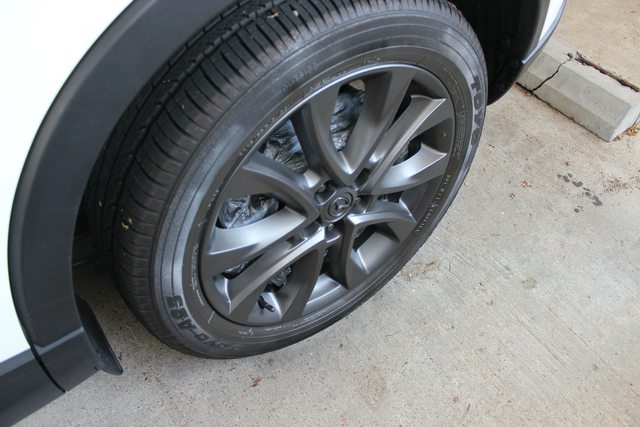 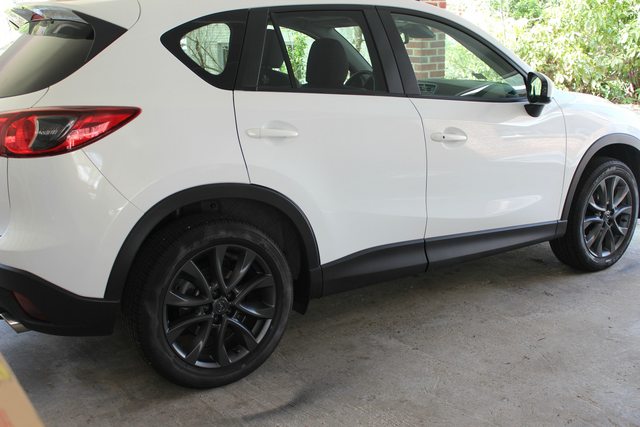 OEM cross bars. The Box has plenty of room to move it forward so that it does not touch the antenna. I installed it that way for esthetics and aerodynamics. The lift gate opens just fine once the box is up.
Removing the box when not in use is the best idea. Also this model is very easy to install, remove and position, no tools required whatsoever.I keep my box up since the trunk is reserved for my dog now and extra cargo space comes sometimes handy.
Please log in or register to reply here.

What have you done to your CX-60 today?