After 10 years of boosting hard on my current forged motor, I deemed it necessary to do a new build. One day on the way home from work, my turbo decided it didn't want any more. The fact that it lasted 5 years lessened the disappointment. The engine had been clattering for a while anyway, so this was my cue to park the car and initiate the new build. My car has been down for several months now as I have had to wait for funds to accquire parts.


As time allows, I will try to update this thread. 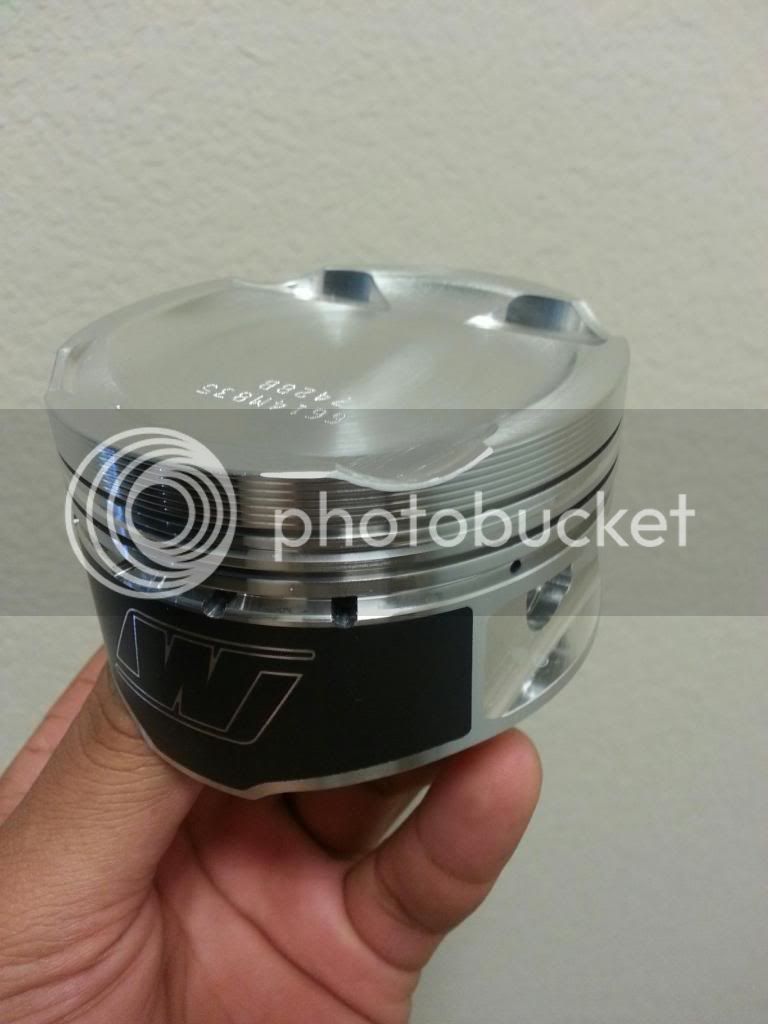 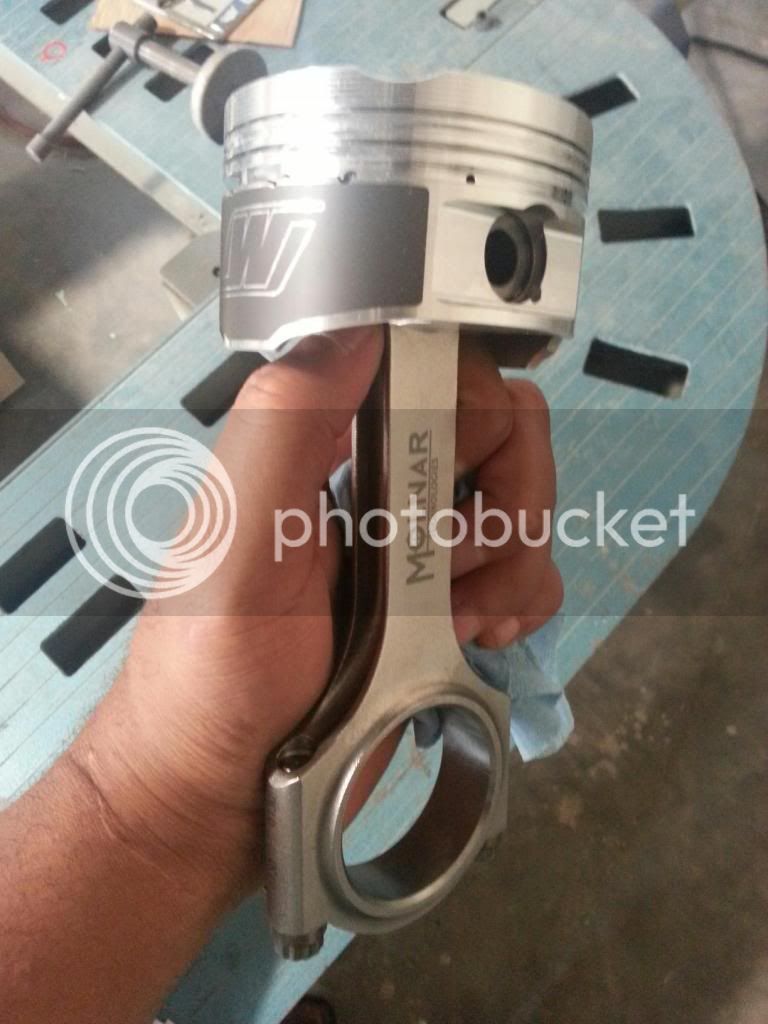 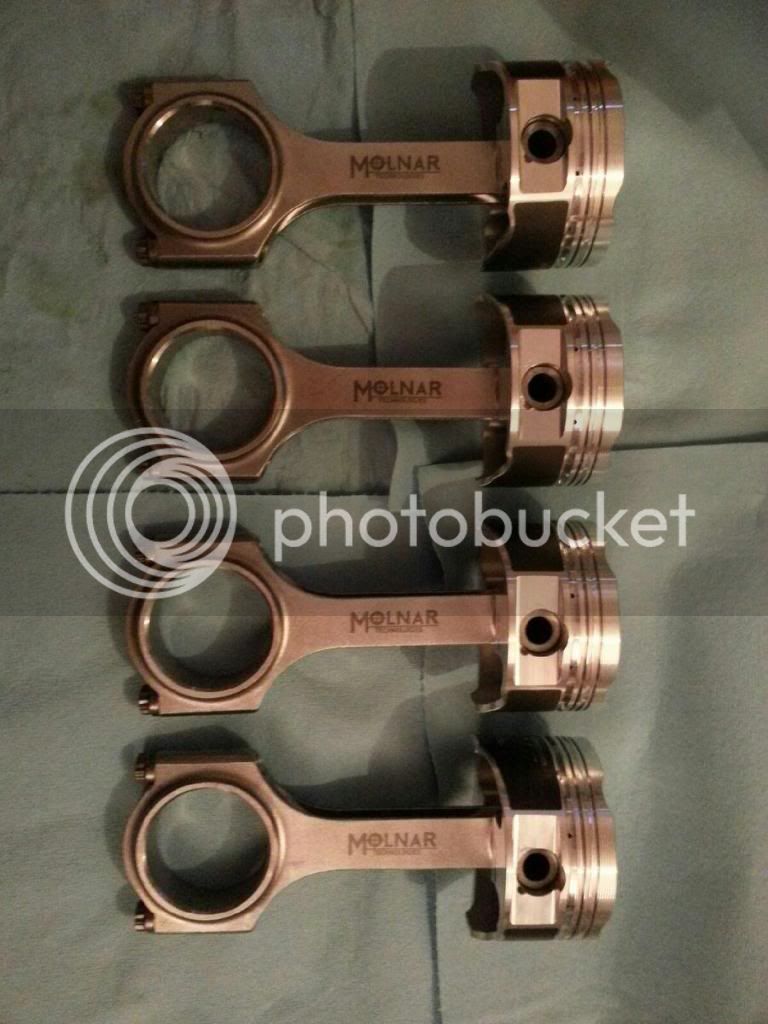 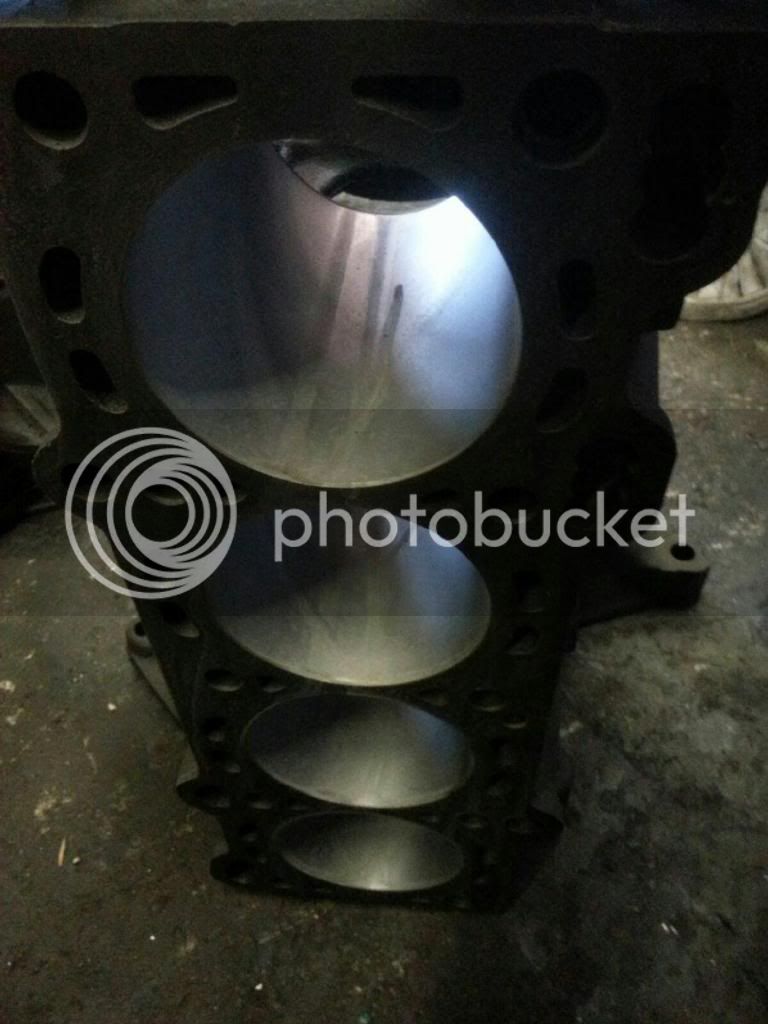 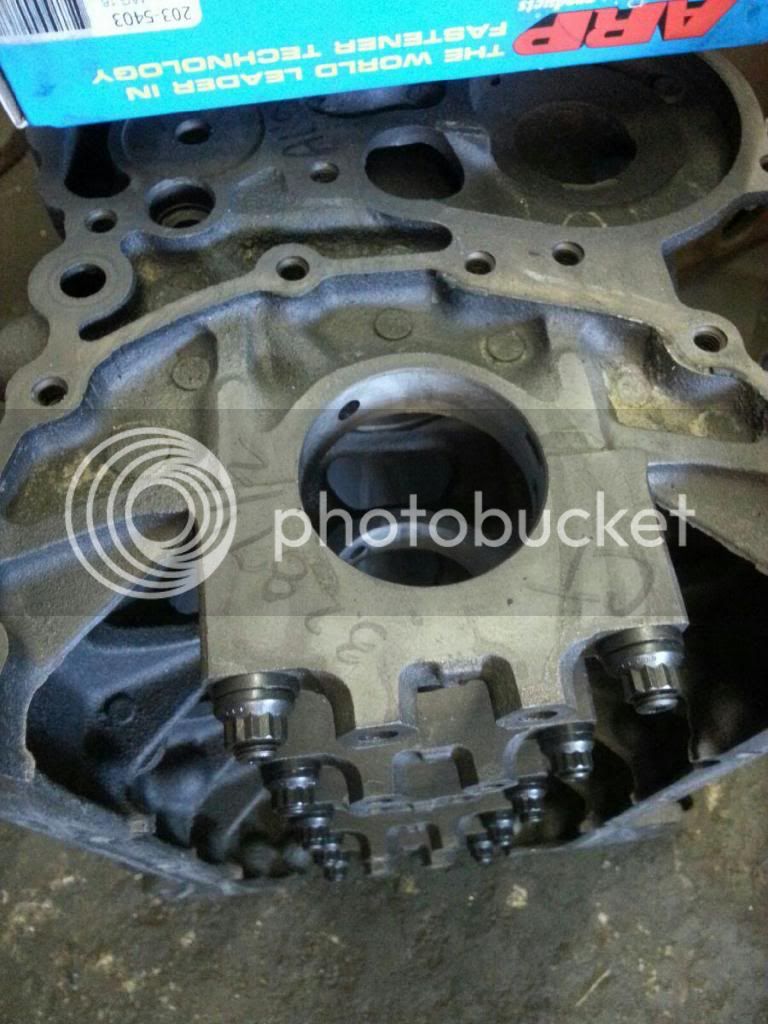 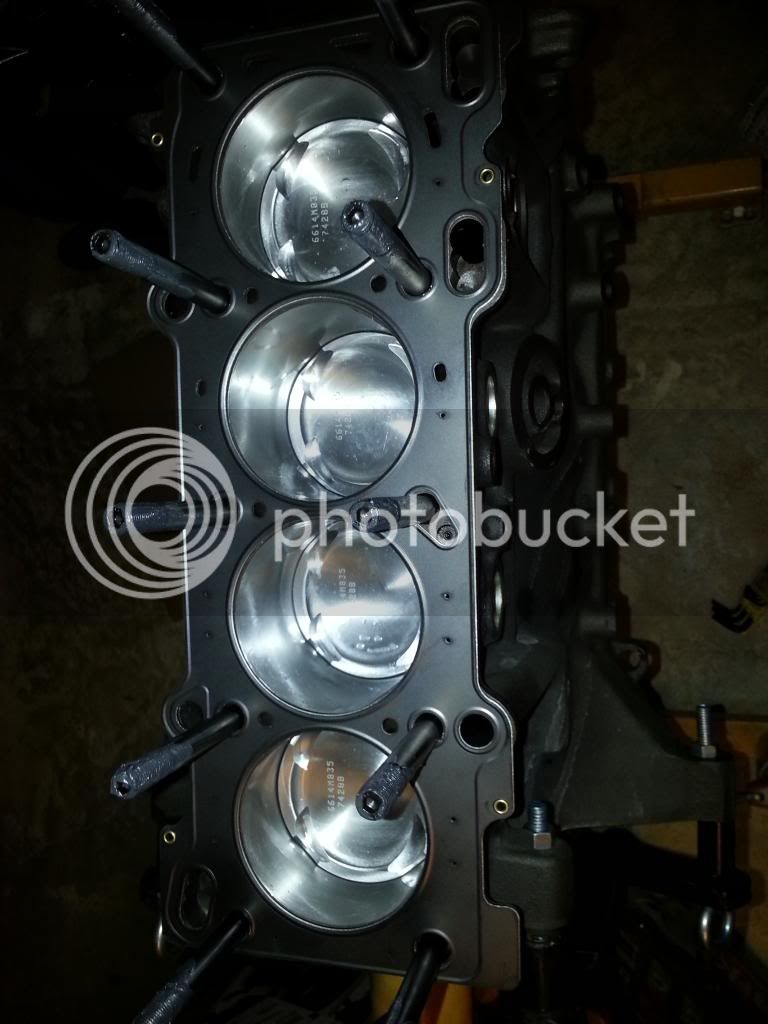 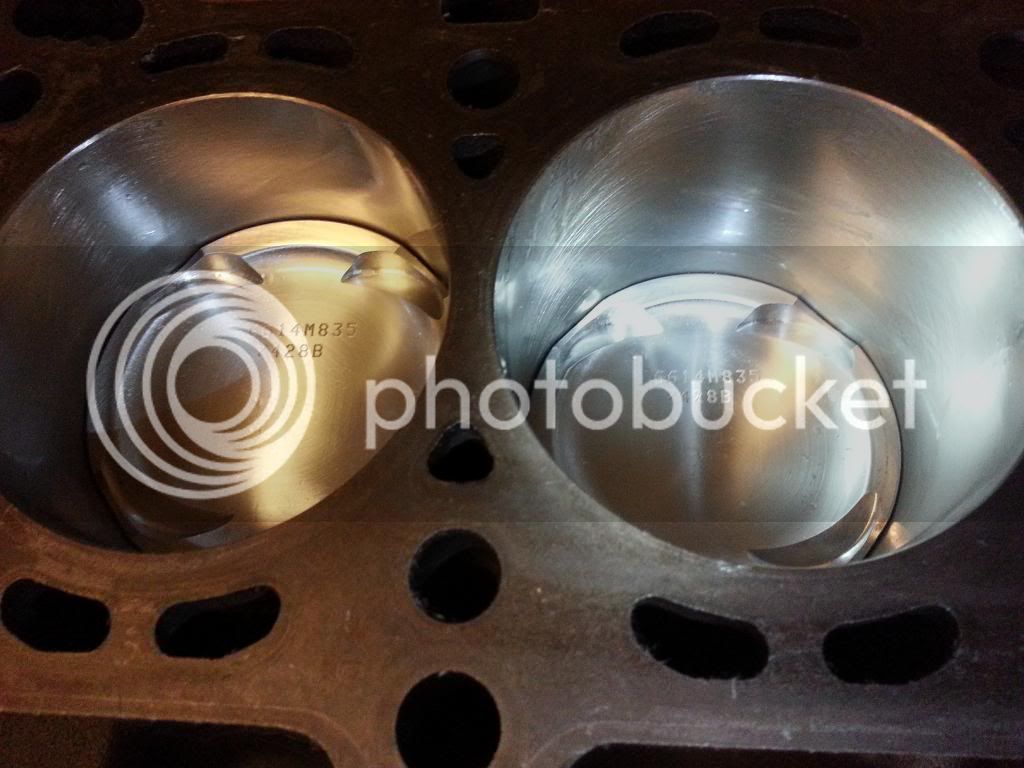 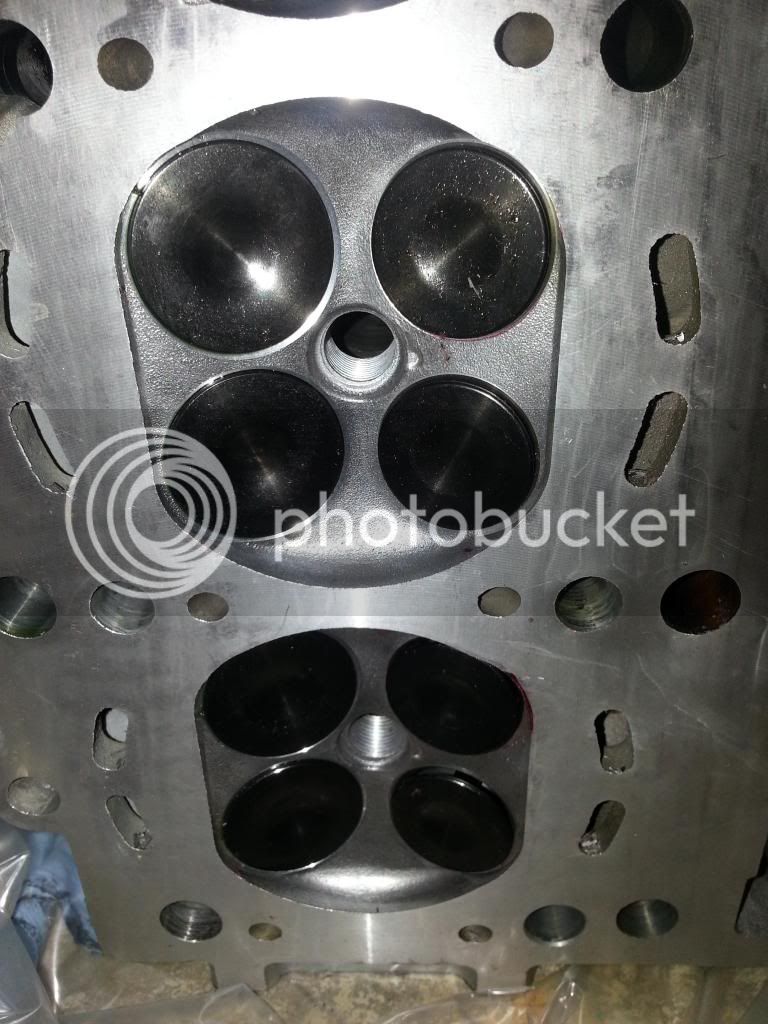 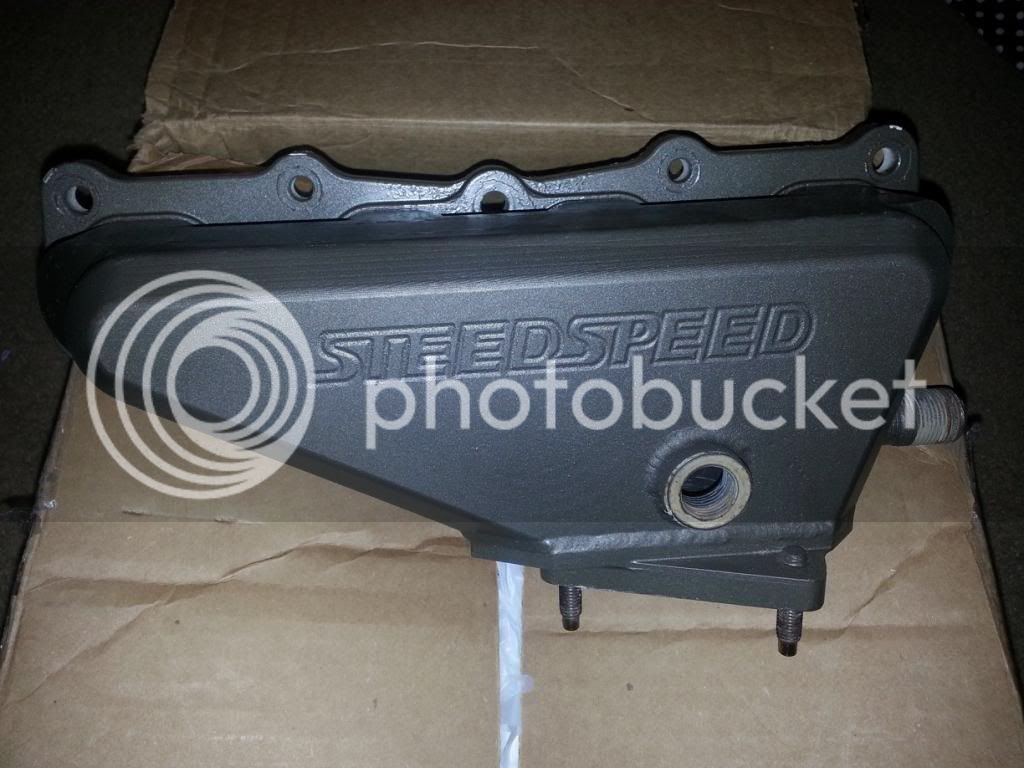 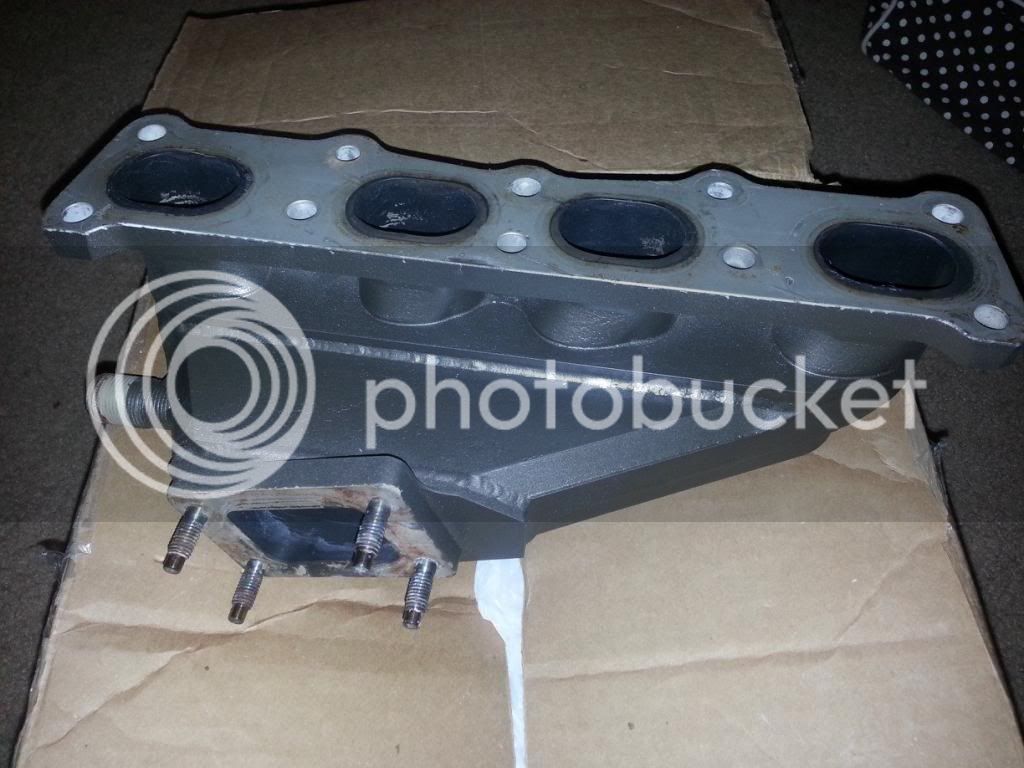 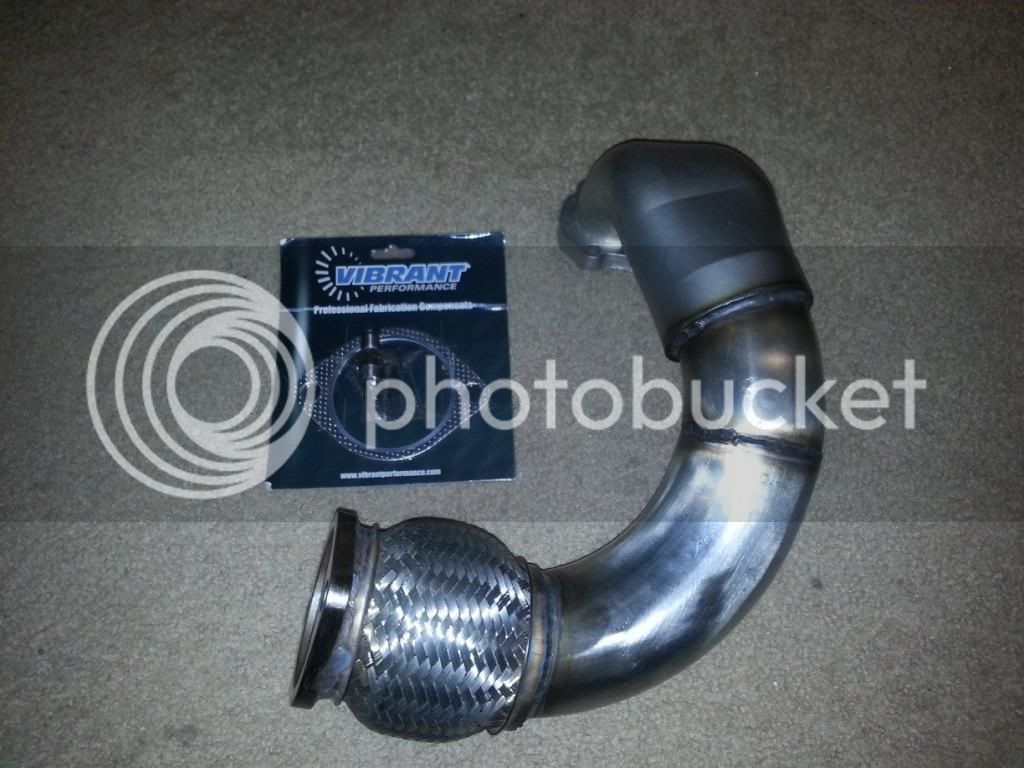 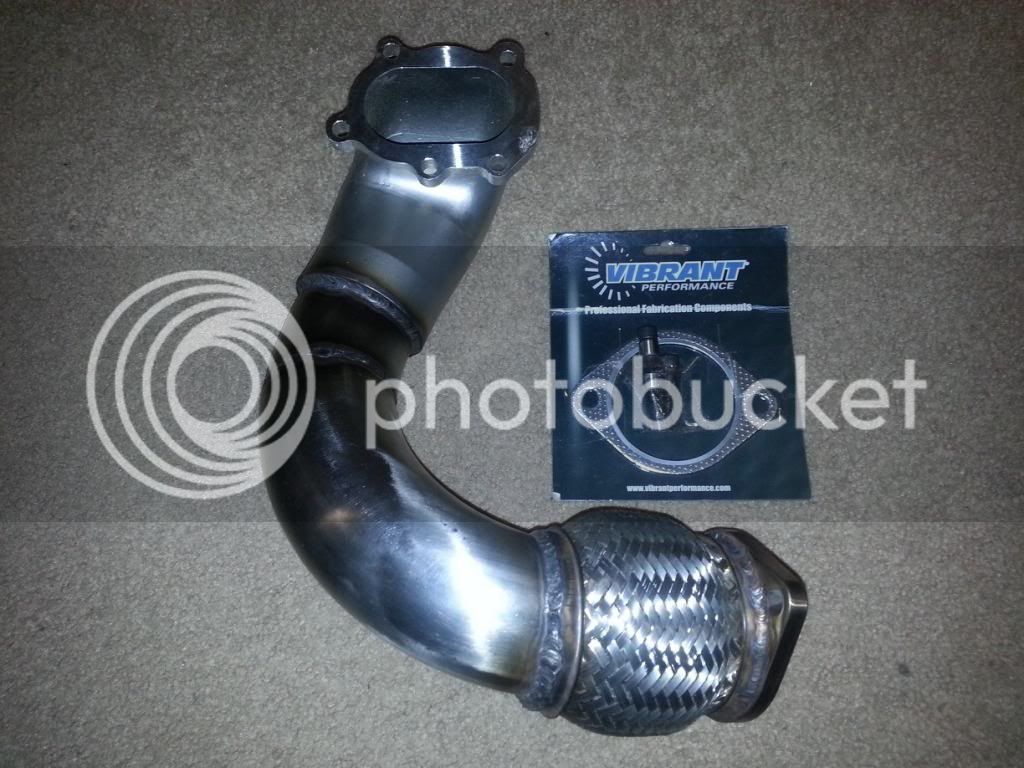 What sort of compression man? Not thinking of a 505 IM?
P

9:1 still. Not looking to make huge power, but enough. No money or time to consider a 505 Intake manifold as of now. Was barely able to source a POPE downpipe. I was worried for a minute that I would be rocking the stock MSP S-pipe!
I

9.1:1 is good wont gut your bottom end and give decent response.
P

LinuxRacr said:
9:1 still. Not looking to make huge power, but enough. No money or time to consider a 505 Intake manifold as of now. Was barely able to source a POPE downpipe. I was worried for a minute that I would be rocking the stock MSP S-pipe!
Click to expand...

lol, yea unfortunately those who do have a pope DP are pretty much keeping them. i remember they were popping up all over the place and now maybe 1-3 will pop up every few months.
L

I got real lucky and sourced a brand new POPE.
A

Good luck on the build. How much power/boost were you at when the turbo took a crap?
L

Looks like the MAM Mid-pipe I received was 2.5 inches. I will have to get a mid-pipe fabbed probably. Anyone want the MAM Mid-pipe, let me know. Pictures have also been added to the first post.

Alamo, I was probably only up around 300-315 WHP when my GT28RS died. I ran 15-17 PSI daily from 2008 til March 2013 on that particular turbo. It was my longest-lasting BB turbo. I run the Synchronic BOV which has been VERY responsive, and I think that my have something to do with this turbo lasting longer than my previous BB turbos.
Last edited: Sep 7, 2013
L

I finally got around to getting the engine out. My daughter helped me out last night while I was removing various accessories, hoses, and wires from the block.
Now that all the wires and various accessories are out of the way, the fun begins.... Engine out tomorrow?? 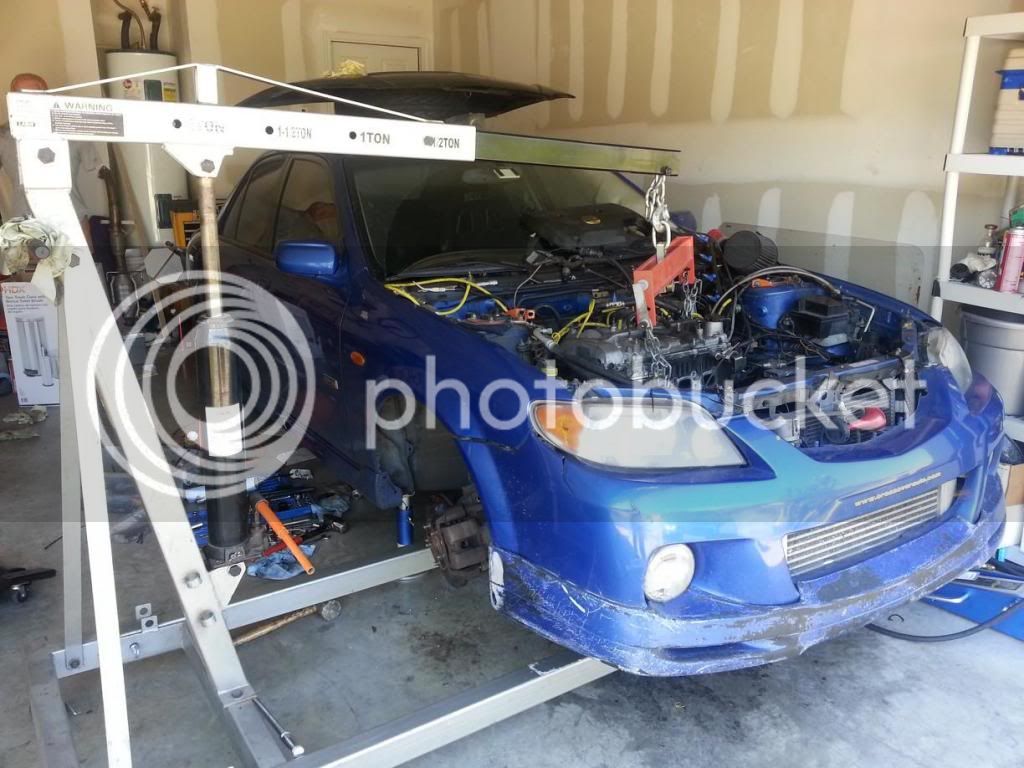 Look what showed up for me courtesy of Crossover: 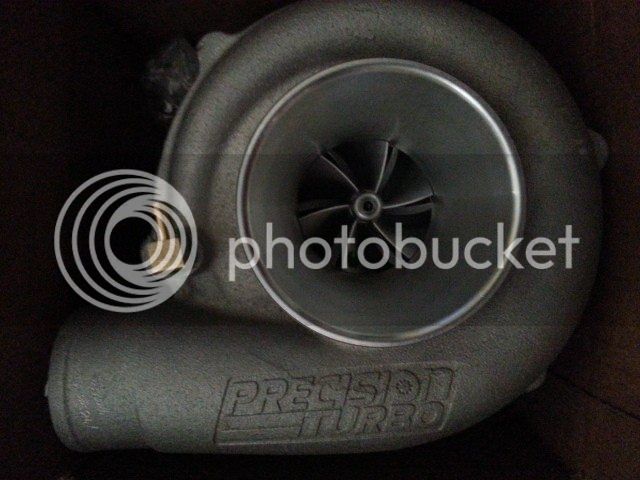 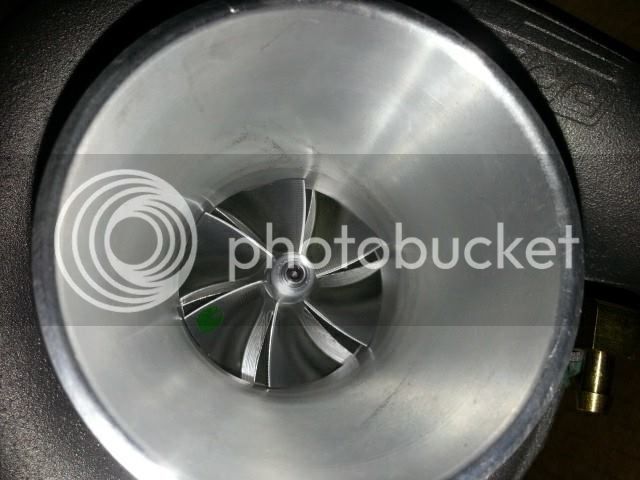 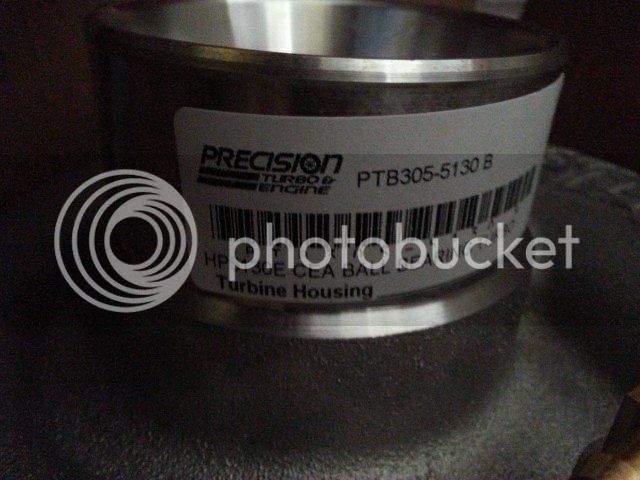 Well, I finally got my engine out tonight. 10 years ago this was much harder for me to do...lol. In other news, inside the oil pan I found metal fragments ranging from fingernail sized, to small flakes. I'm so glad my turbo gave out before my engine had the opportunity to grenade. I'll open up the old engine soon enough to see what is what. 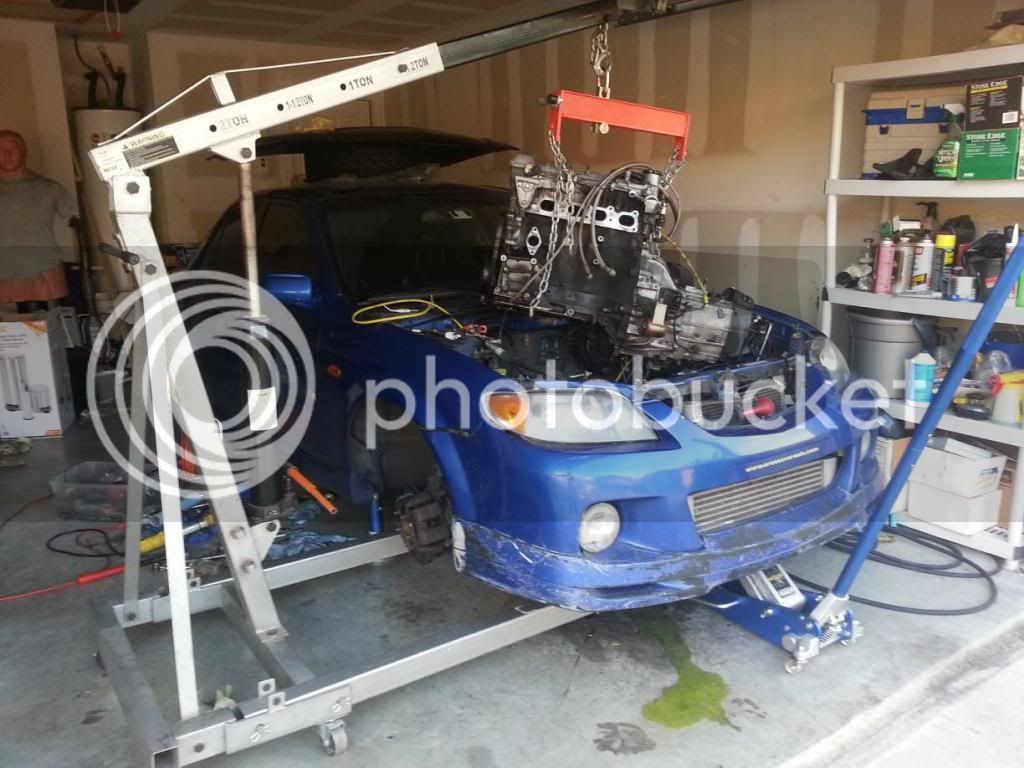 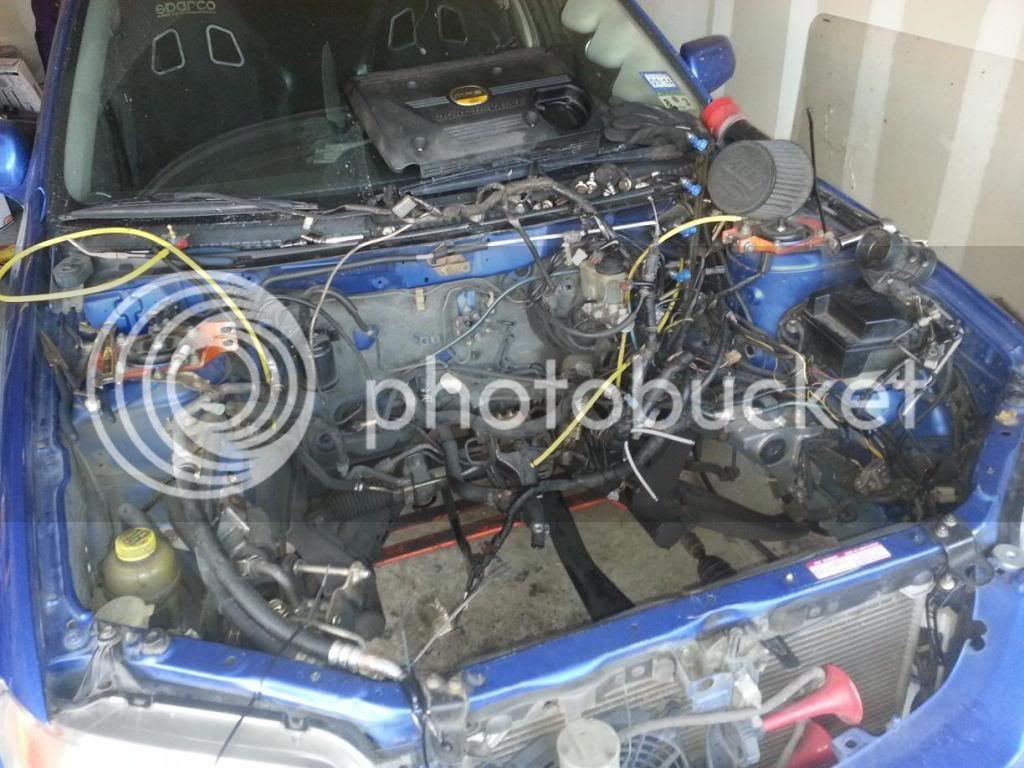 Engine particulate matter: EDIT UPDATE: I found out later that a broken piston and some worn bearings produced the matter. The rods suffered no damage OR spun bearings though. 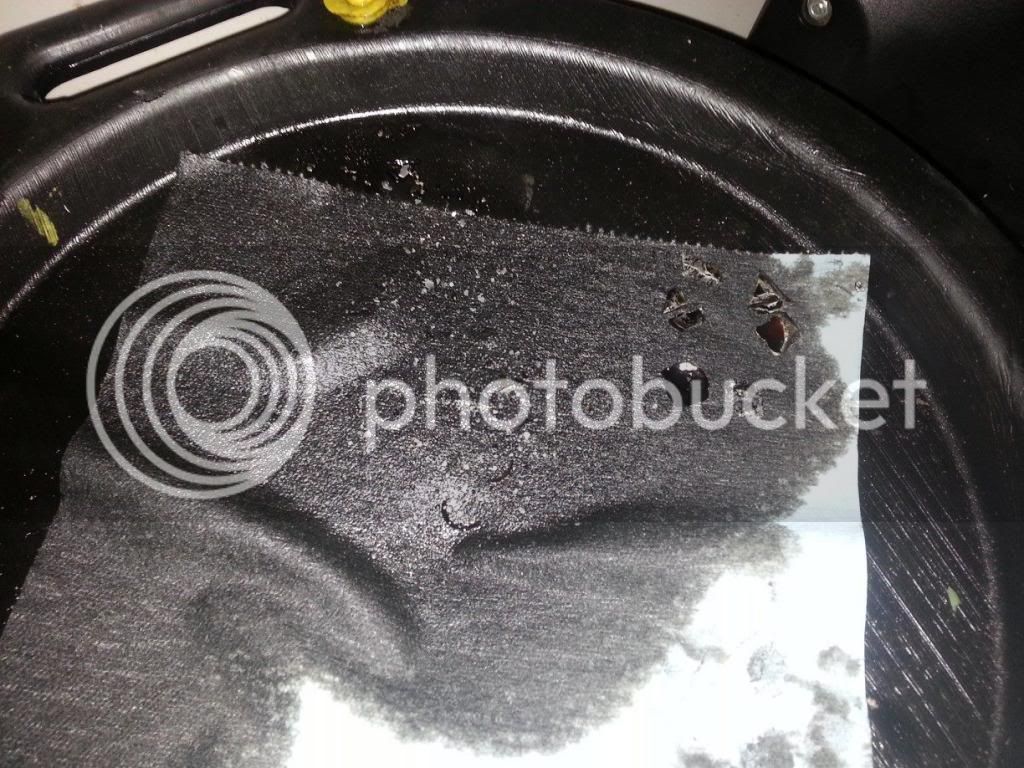 Hows that turbo in copmarison with gt28rs that you had ?

Nice build and power range ... no need for more for msp platform
L

That turbo will be more efficient due to the aerodynamics of the compressor wheel...not to mention the slightly larger sizing.
F

nice build.... i like precision all of there parts are nice quality
J

Dropped off the downpipe, manifold, and turbine housing at the ceramic coaters yesterday. Plan to have pictures of the results next week.

Sweet man... builds looking awesome! Haven't been around in a while... buried at work but still keeping the Mazda Rollin Hard Still running the same tb (lucky #5 holding 25psi daily) and forester 730cc injectors. May look into some upgraded fans and a shroud if you're going to pusher fans... ebay has a nice deal for 2 mishimoto fans with a shroud. I saw this after I bought one mishimoto fan and aluminum sheet and made my own which was way too much freakin work....
Please log in or register to reply here.

B
My Build Build Thread