Administrator
Came out great but I'm unfamiliar with Hyperdip...You didn't have to remove the emblems?

Thank you and nope. Hyperdip is made by the same guy who created Plastidip. Just like Plastidip you peel the excess off. The Hyperdip is fairly new, has a smoother finish and you can get it in gloss or metallic finishes as well as satin.

With Plastidip you would have to spray glossifier on to achieve that glossy look. Even then it would have a 'rough' finish vs smooth.

As easy as it went on, with some time involved, it came off easier in seconds. Lol 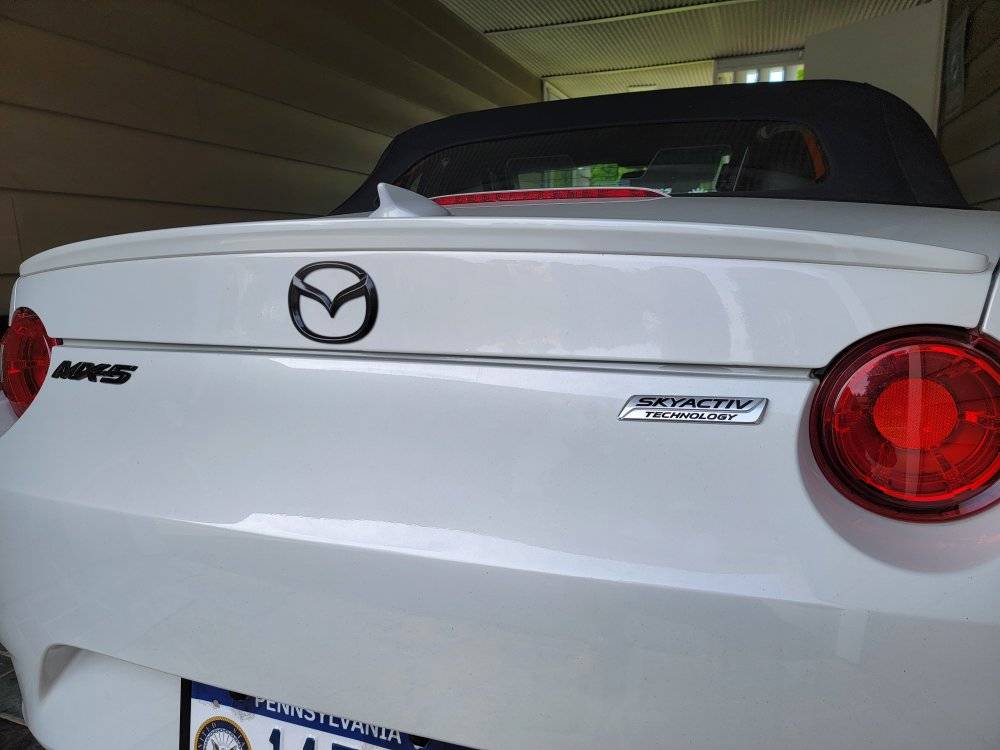 It was only interim on the Skyactiv badge anyway until my custom cover came in. Of course it arrived on Saturday. Lol 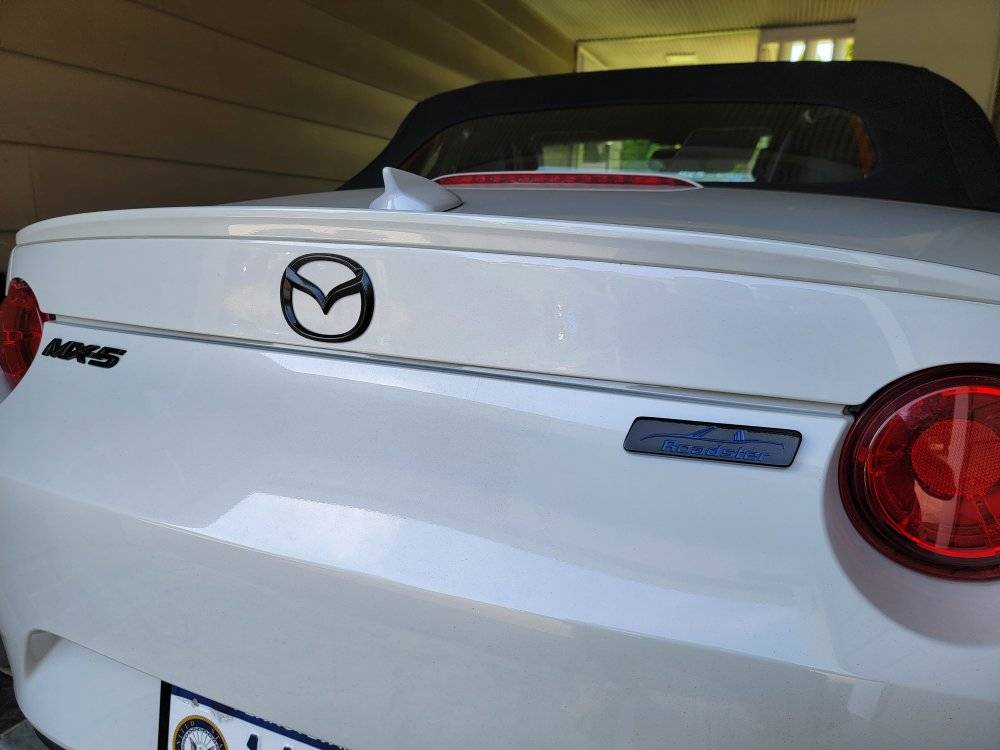 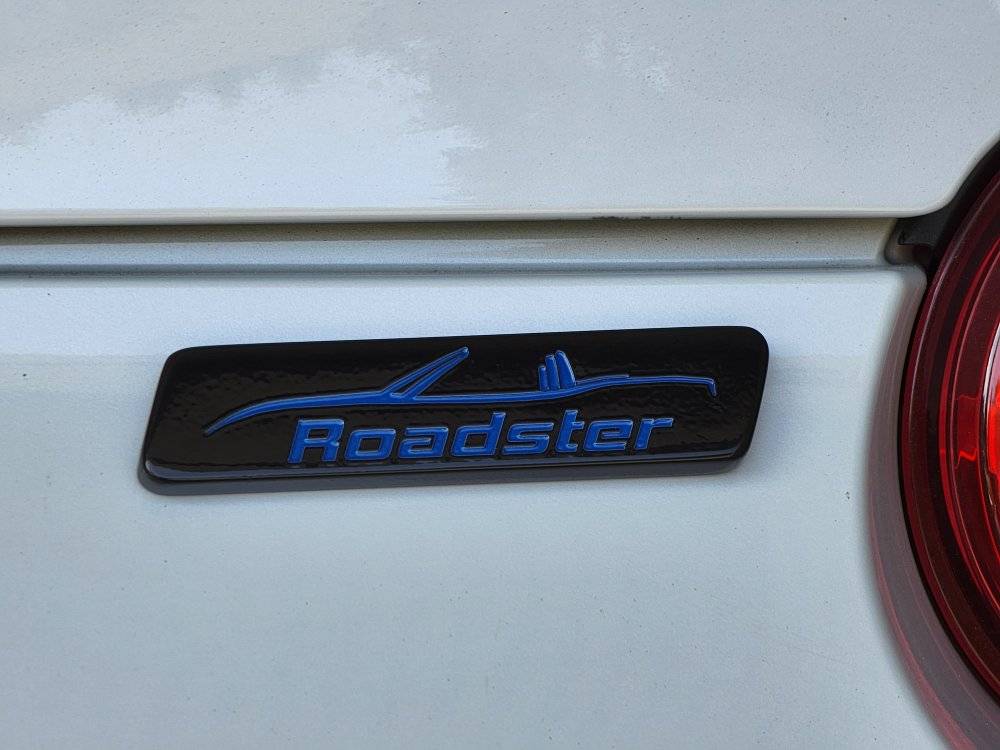 Looks good Jeff. Does hyperdip come in gloss? I'm looking to redo some plastidip that was satin. Can I spray it over plastidip?

Yes it does Bruce and that is what I used. It didn't come out as glossy as if I had bought them pre-painted or spray painted them but I am happy with the finish.

Here is a link to the site. I bought the piano black emblem kit (comes with two cans, some pre-dip spray and a microfiber towel). It is not compatible with plastidip so you would have to peel that off first.

Thanks Jeff, I ordered 2 cans from Amazon and will try it out when they arrive.

Nice, looking forward to seeing it in October!

Finally got the Megan Racing FSTB installed that I got off of Mark last Fall! Thank you again!

Because I have the GT which does not have an OEM FSTB, I had to buy and install the OEM cowl bracket. While I had the cowl off, I replaced the weather stripping which was ripped and cleaned out the drain on the PS. It wasn't too bad but there were a couple of leaves in there.

Overall the swap wasn't hard. Just don't drop the last mounting bolt down into the engine bay! I used some painter's tape to mark the bottom edge of the windshield wipers to make installing them in the same spot easier.

The OEM cowl bracket kit came also came with two strut tower plates. I wasn't going to use them as I thought they were the same as what was on the car. Upon closer look they were different as they each had two extra studs for mounting the FSTB bracket to them as well as a mounting point for the sound tube. My best guess is they were different as I have the AT. While I had the old ones off, I took a wet towel and wiped the area underneath and around them the best that I could. Proud of me Mark?

Hoping to join the local club on a run this weekend so I can give it a good try-out.

For those interested, here are the differences between the strut tower plates. 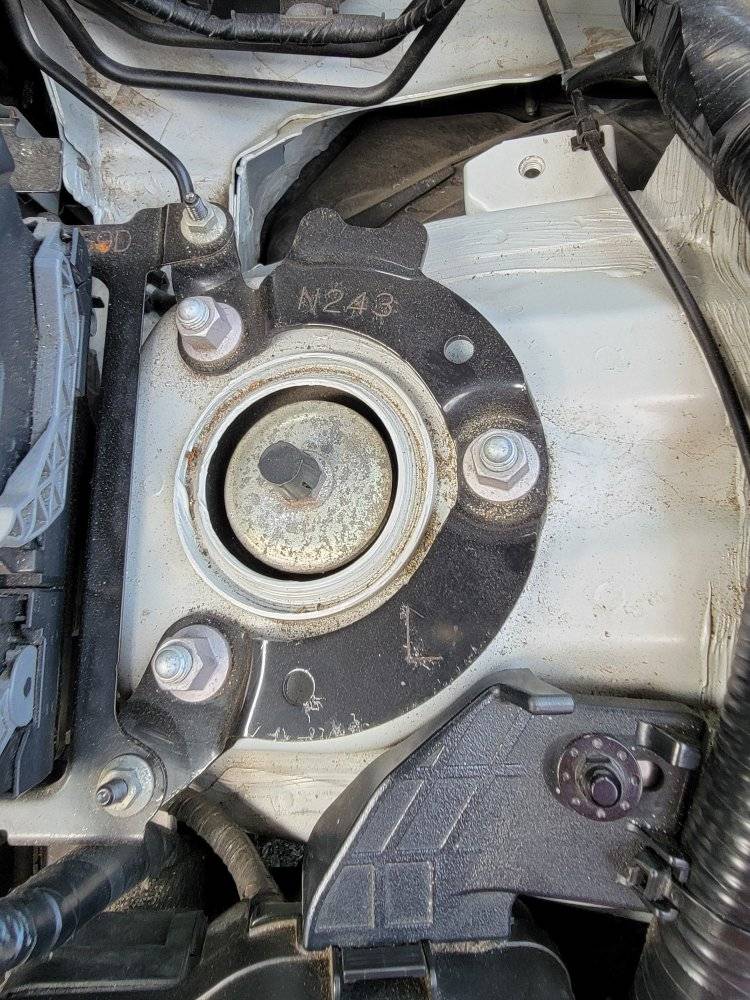 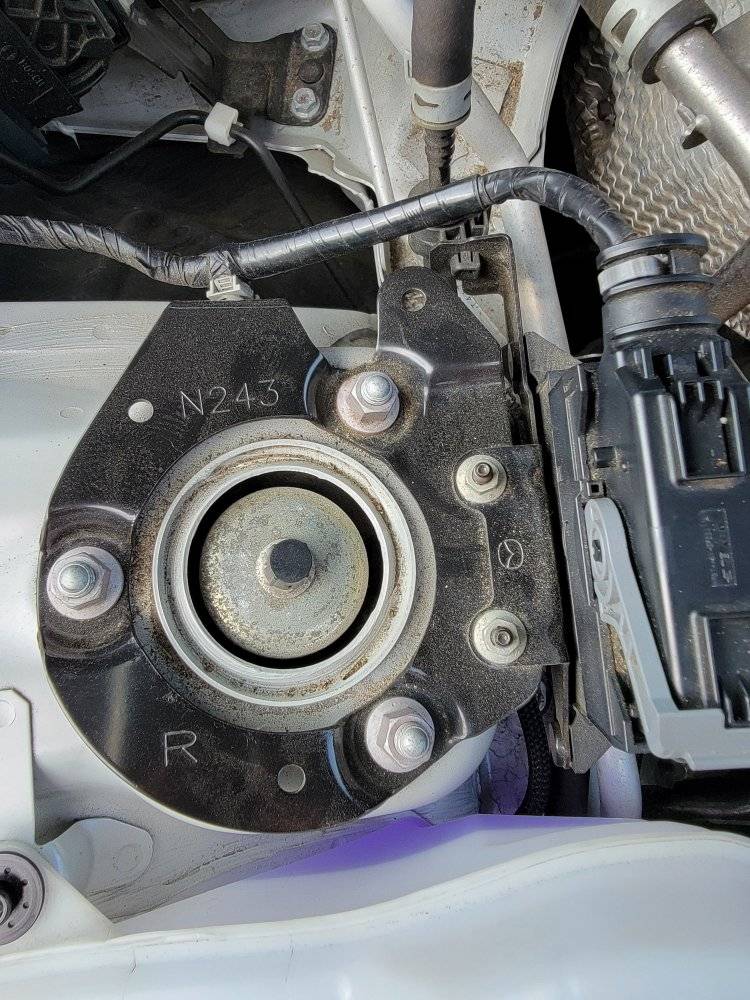 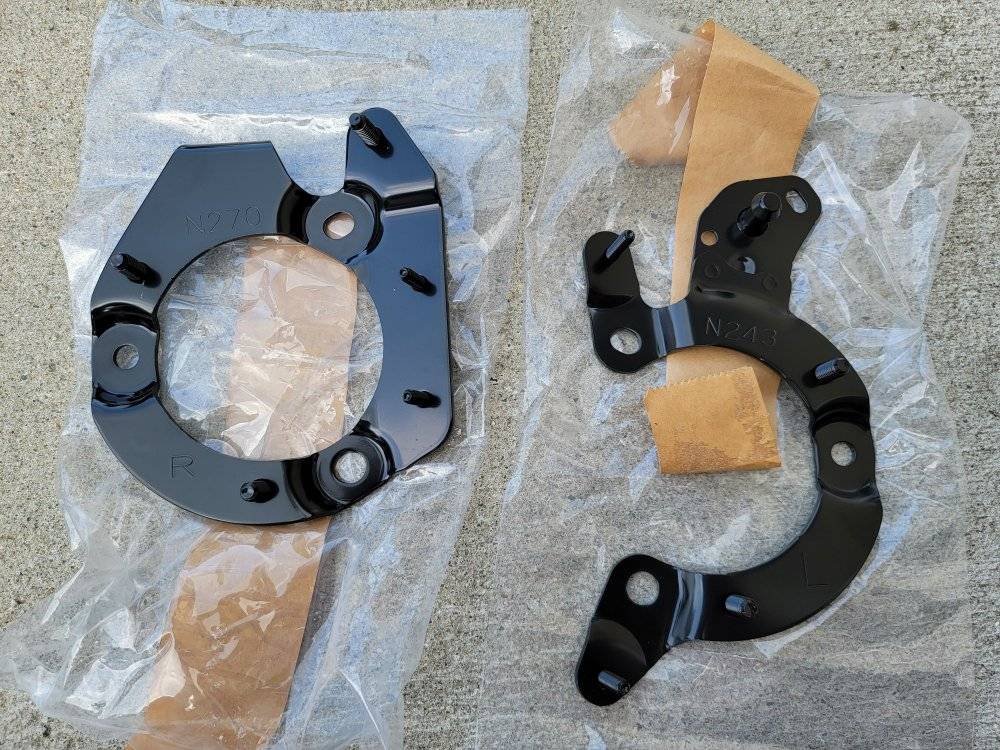 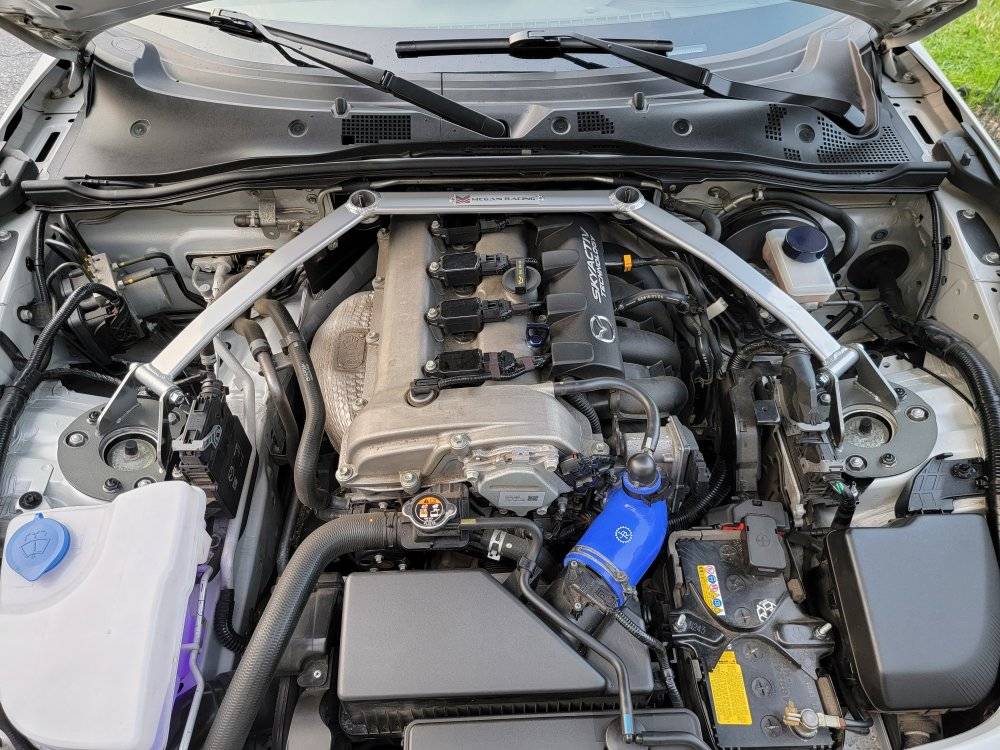 Removed the prop rod as I upgraded to the FM hood lift kit. Holy opening height, why didn't I do this sooner and on my previous cars!
R

CTt3P5 said:
Nice, looking forward to seeing it in October!
Click to expand...

Yeah at the Miata Reuinion at NJMP. Sadly it was just cancelled...

Back in August when I installed the FM hood lift kit, I decided to paint the factory windshield washer reservoir while it was empty and out of the bay. I went with a flat black finish and used a matte blue for the MX-5. For a little extra bling, I bought the Cravenspeed oil filler cap, oil dipstick handle and windshield washer reservoir cap. I scuffed them up, as they only come in red, along with the brake fluid reservoir cap and painted them the same matte blue as the MX-5. I blame Mark for the peer pressure after I sold off my JBR "engine bling". 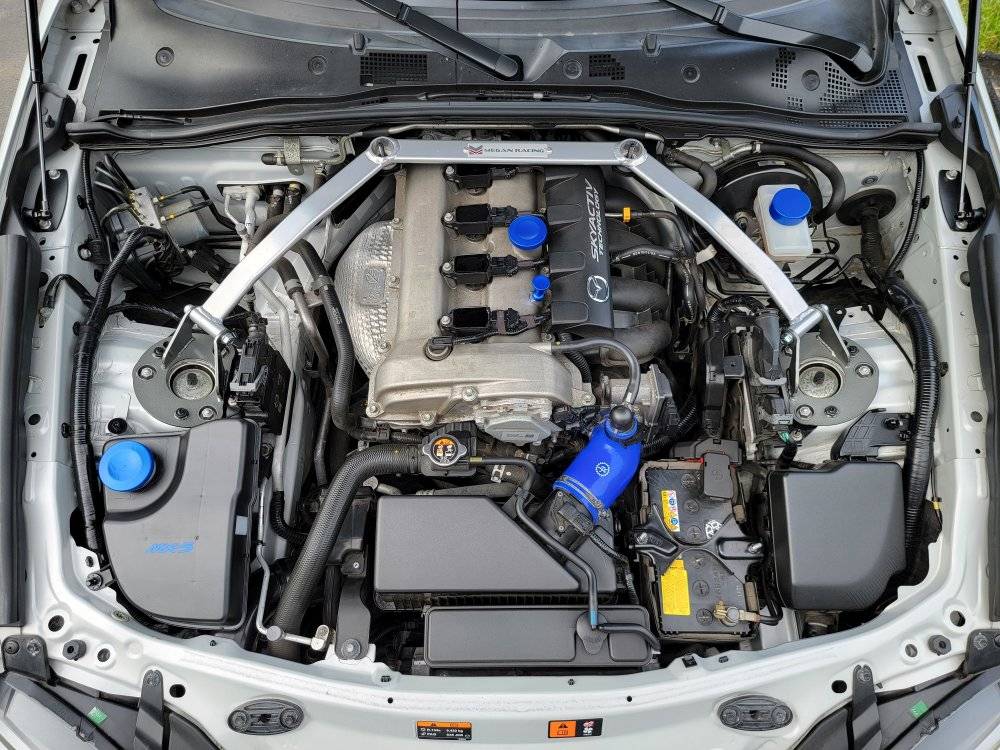 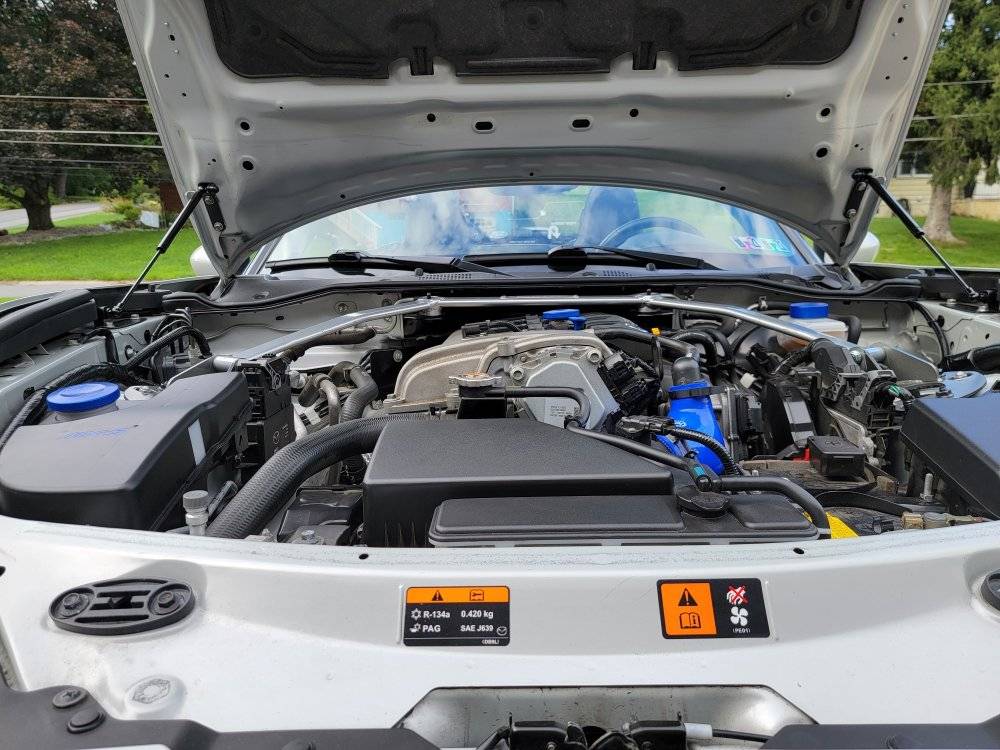 LOL you guys kill me. My only engine bling is the dirt.

Tossed the summer tires on over the weekend. Yay for warm weather! Also bought some chip guards (how they refer to them) from MegachipUSA. Saw them advertised on the ND Parts Facebook page and liked their design so figured I would give them a shot. I only have the fronts installed as the rears are affixed with double sided tape. Temps here aren't warm enough for that yet. 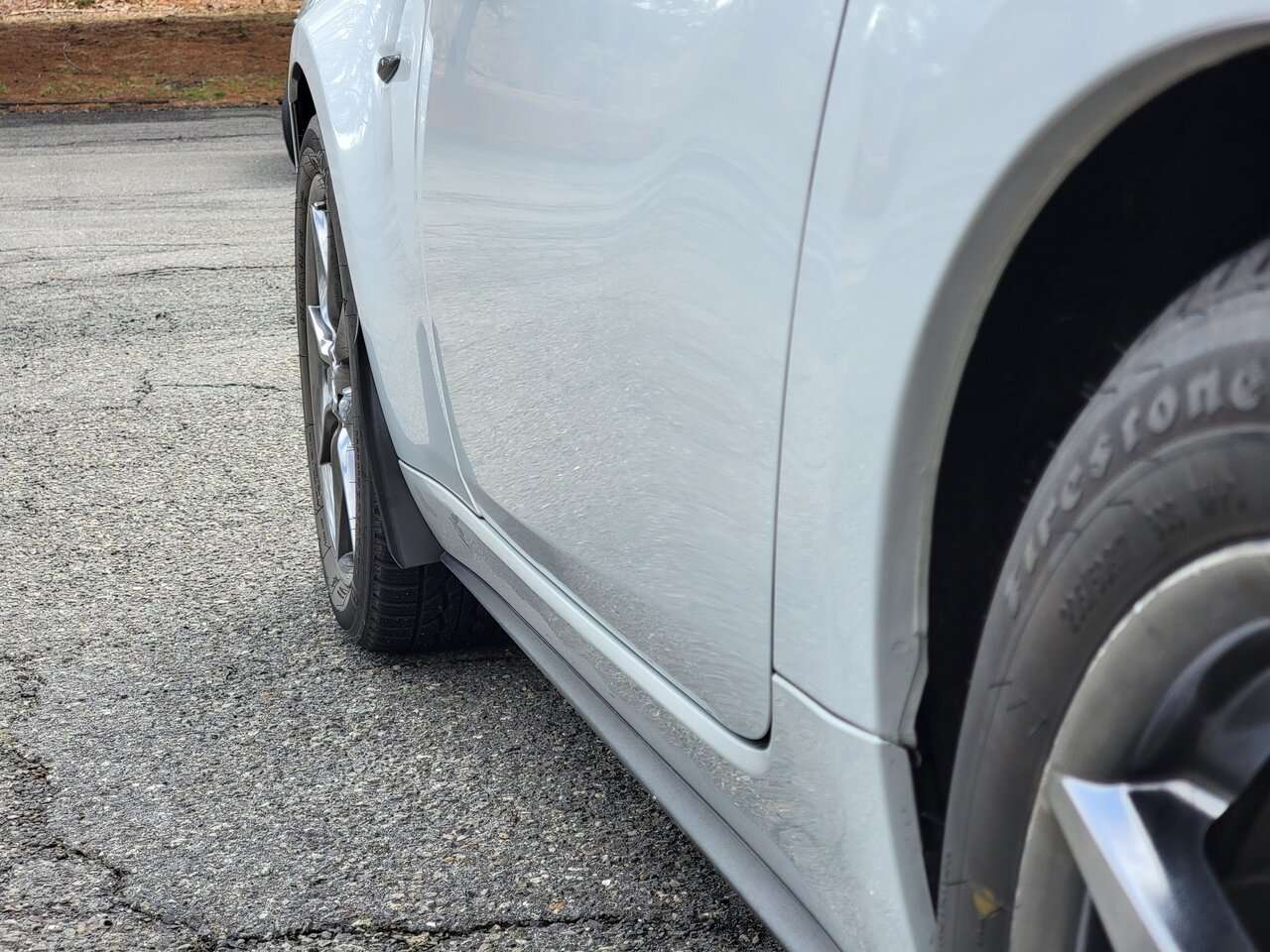 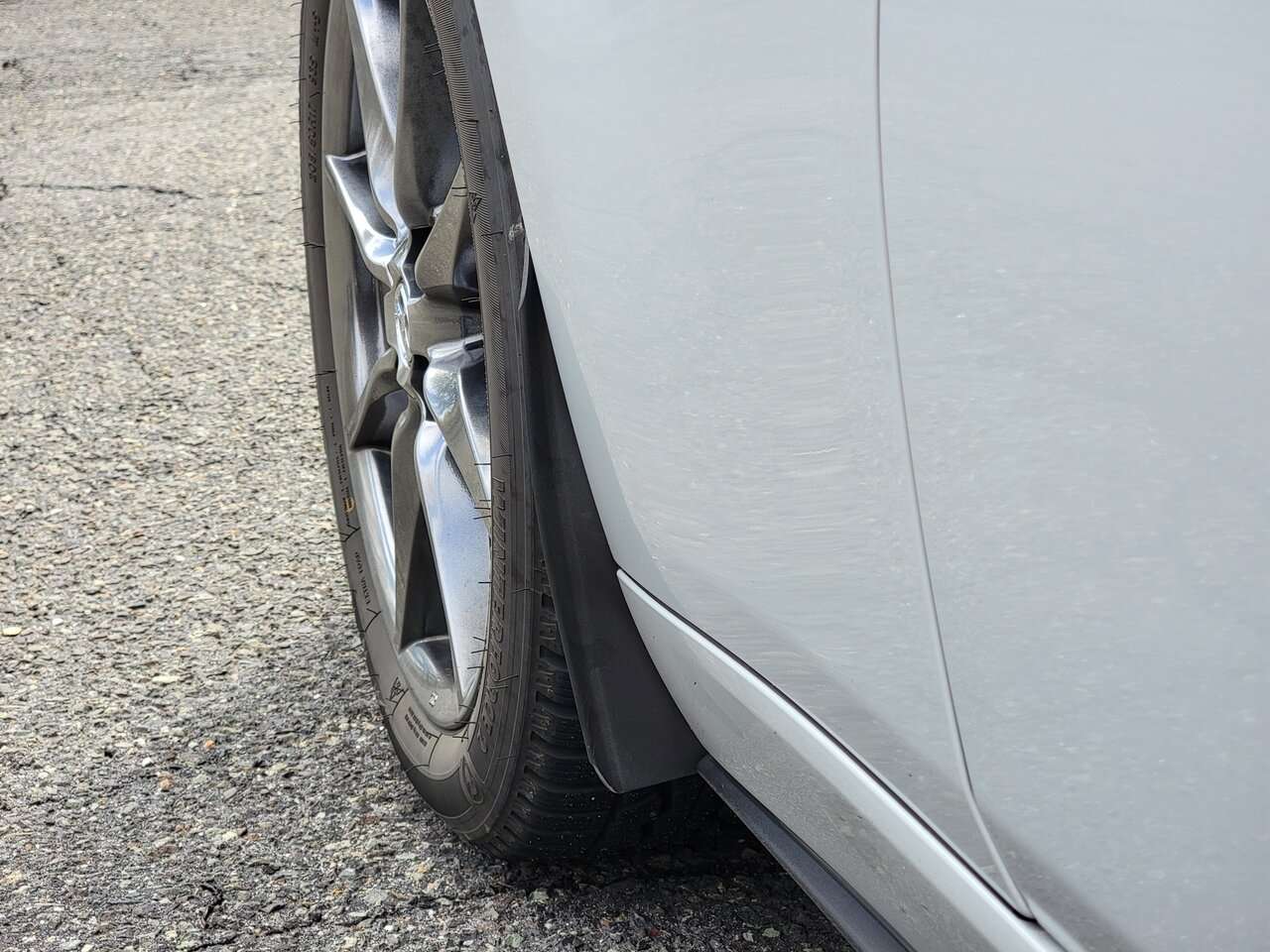 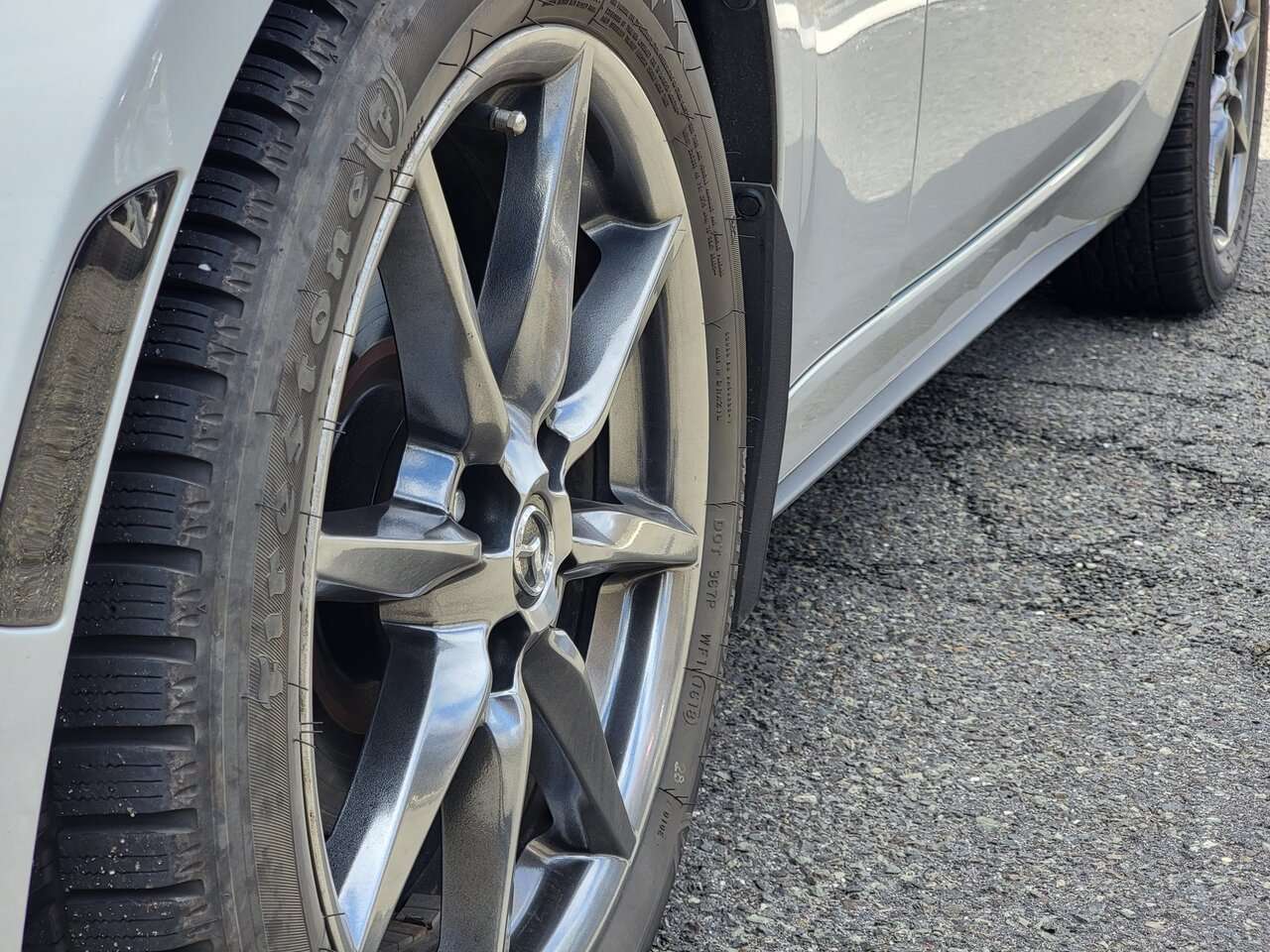 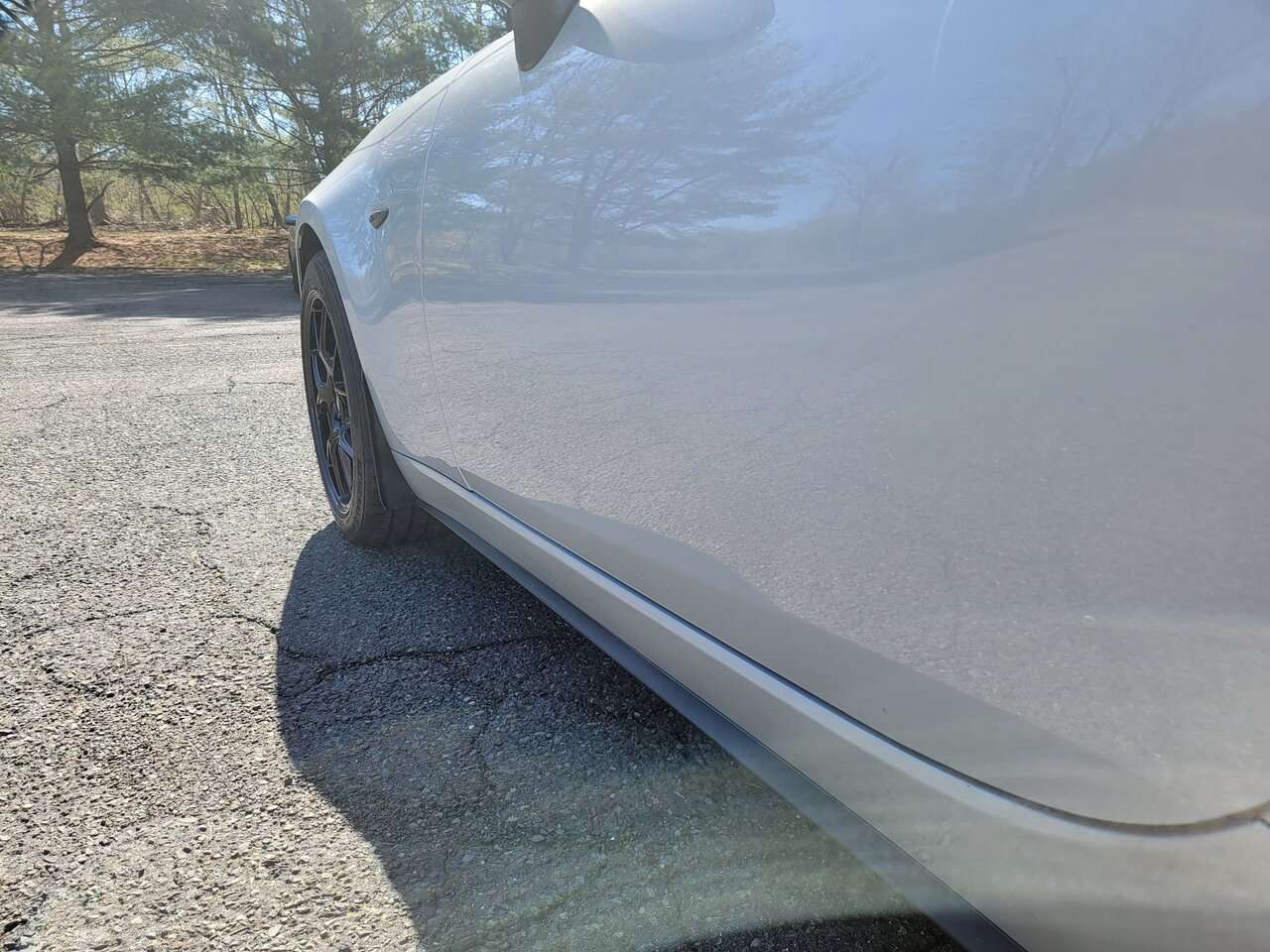 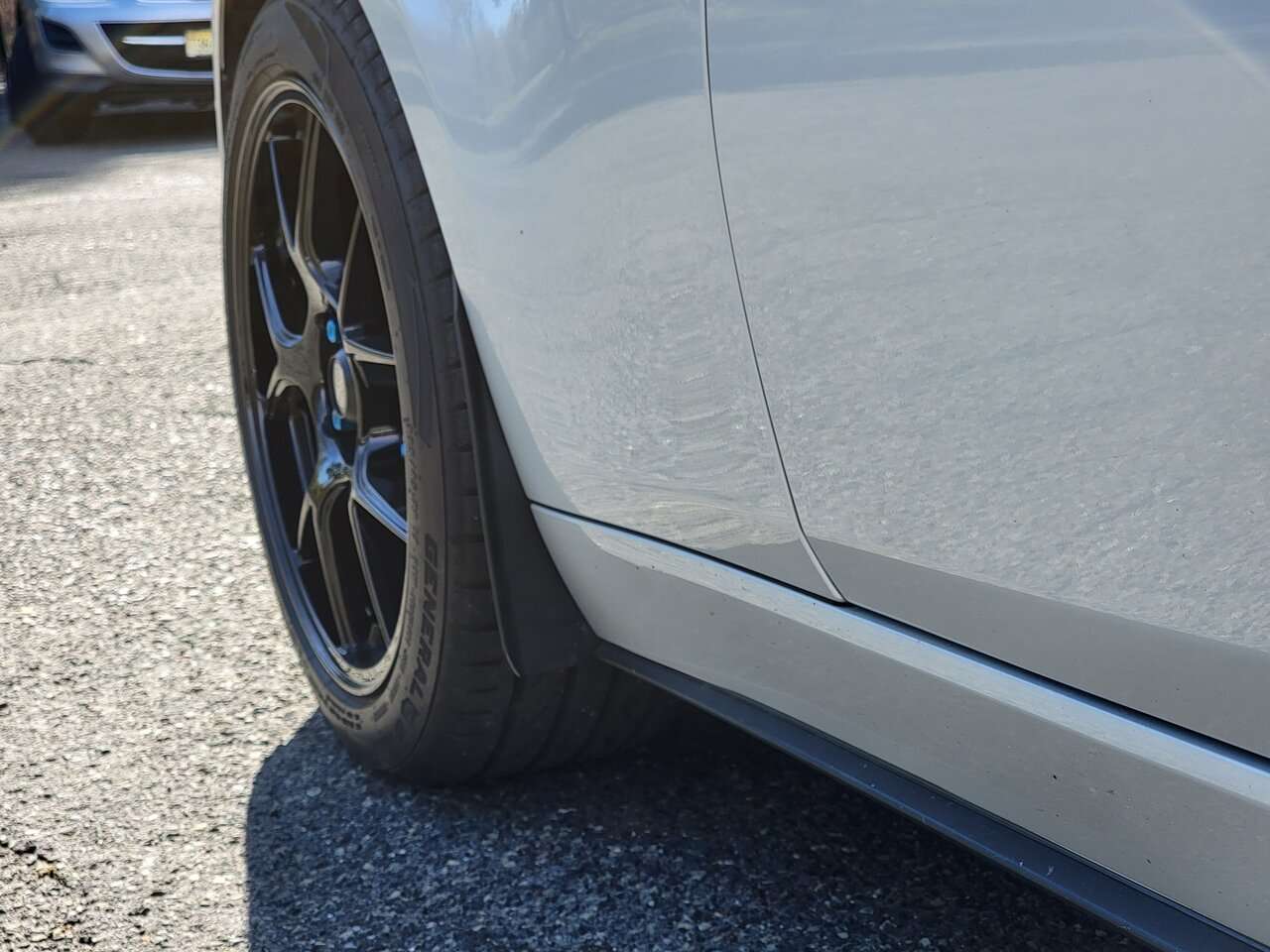 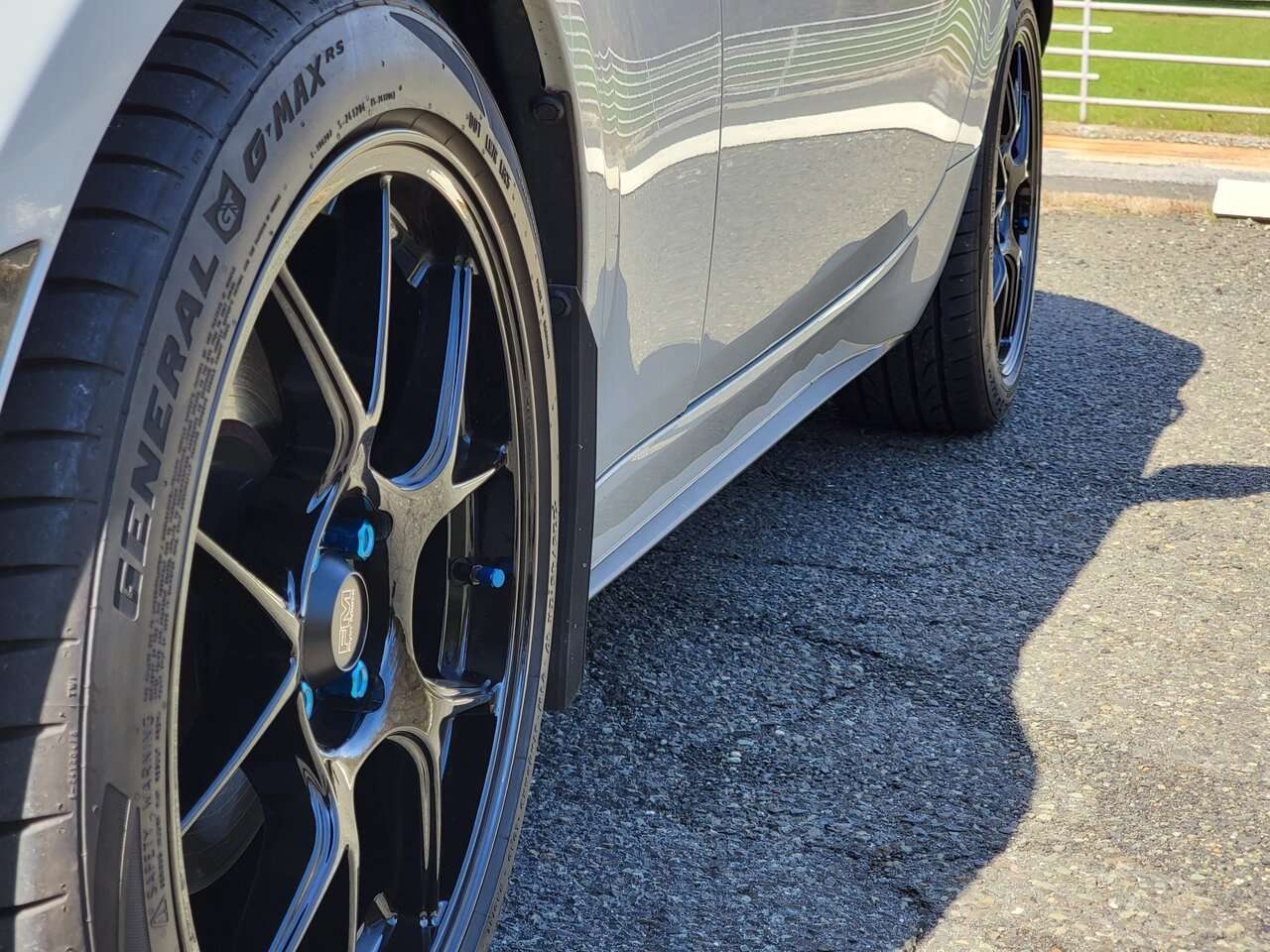