What have you done to your Miata today?

Rotated the tires and while I had them off of the car I washed and waxed the wheels on both sides. I bought the car used last fall and this is the first time that I've done the tire rotation.

Easy enough. I drove the MX up onto the homemade ramps so that I could get my floor jack under the front end. Jacked the front end up (using the crossmember in the middle) just enough to get my jack stands placed (used the rubber pinch weld adapters on my stands for the first time, worked perfectly). Pulled the front wheels off, washed and waxed. Then I jacked the rear up, using the jack point in front of the diff. Pulled the rear wheels off and replaced them with the fronts, crossed over of course. Lowered the rear and then worked on the other two wheels. Placed 'em on the front once done and took it for a ride.

A four beer job well done. Don't fret, that was four beers spread over at least two hours. I took my time.

Hope that will fix your issue Mike.

Temps were consistently warm enough (finally!!) for me to feel comfortable mounting my Ultragauge. I played around with it a bit and got three pages worth of gauges set. First and foremost being the coolant temp. I will need to calibrate it so it will function properly in regards to DTE and disable some pre-set alarms.

I decided to mount it near the A-pillar on the DS. Thought about mounting it on the dash above the radio but it looked too out-of-place there.
B

He's taking a page from my book and not posting any.

chiefmg said:
He's taking a page from my book and not posting any.
Click to expand...

Here are a couple of pics, the second being my view while driving. 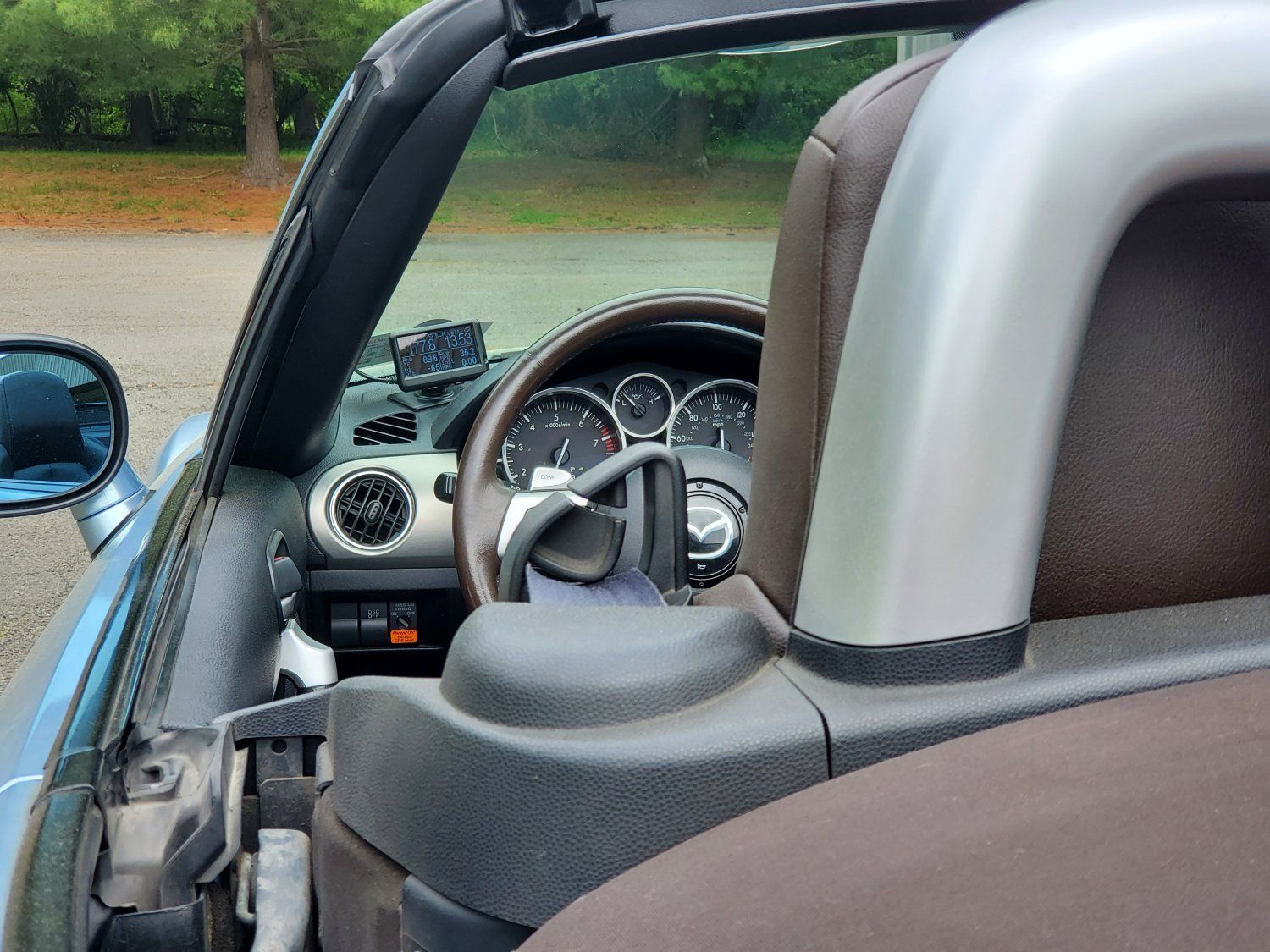 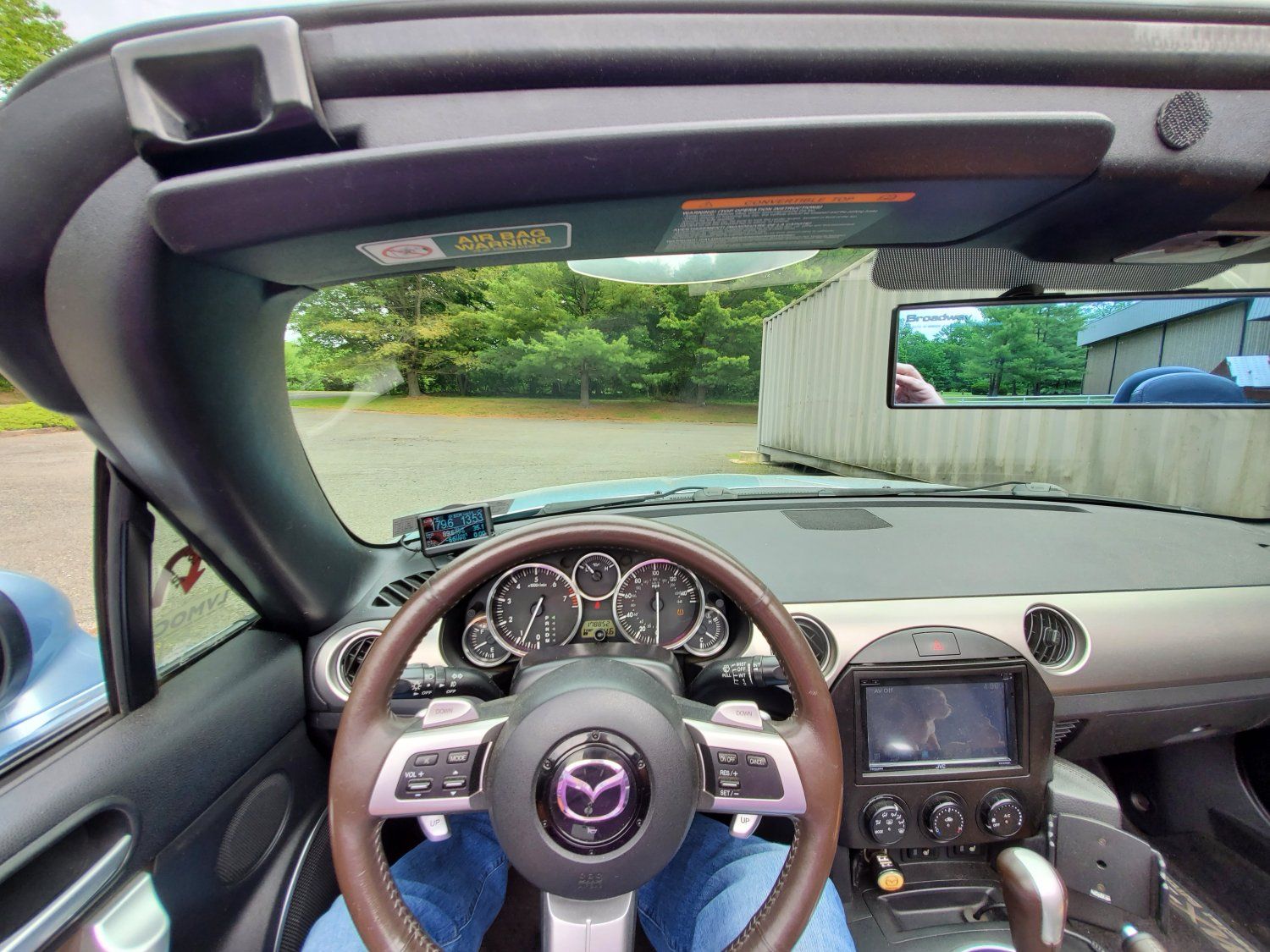 Cleaned the engine bay. Cleaned up and organized the garage. Picked up some additional storage too.

Nice Jeff. I have to say, the older I get the less I like small screens to try and see what is going on. I still have the Dashhawk I used for my Speed6 but I would have to mount it really close for it to be of use for a quick scan.

Installed the battery quick connection for my Battery Tender since I'm headed back to work soon. Easy job, I put the ring terminals underneath the bolts on the battery connections for good contact. Ran the end forward and up as there is a little opening between the body and the battery cover just made for it. Will take a picture tomorrow. Hoping the weather lets me get at least one more drive in before I go.

Thanks Mike and I know exactly what you mean. I almost went with the Scangauge II but the screen was just to small for my eyes.

So did you get that final drive in? May you have fair winds and following seas!
C

So, life intrudes etc. Got my travel arrangements and was busy getting stuff done before leaving, hence I didn't get to post a picture. I did shoot one just before I left because I know many of you need that physical proof. 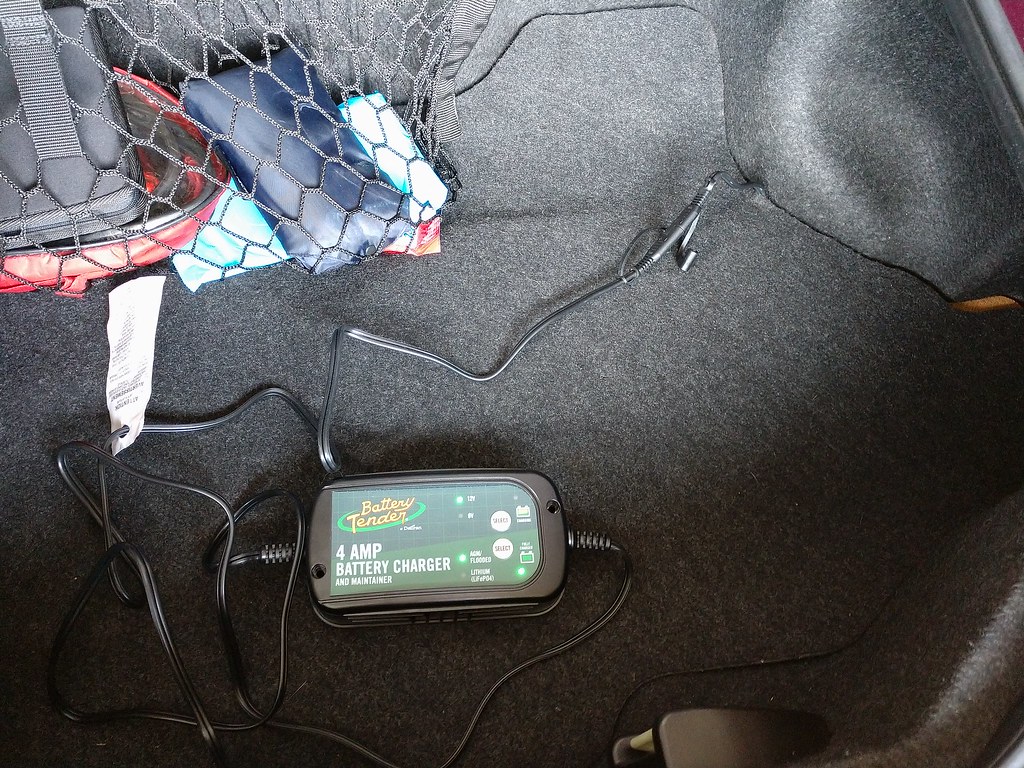 You can see where the battery connector comes up from the compartment. This is how she sits for the next period of time.
B

Thanks Mark. I have another 12 days of quarantine in a hotel before I actually join the ship. If you want to go out of your mind, spend 14 days cooped up where you cannot even leave your room (well, they are allowing us to get out to do laundry).
B

chiefmg said:
Thanks Mark. I have another 12 days of quarantine in a hotel before I actually join the ship. If you want to go out of your mind, spend 14 days cooped up where you cannot even leave your room (well, they are allowing us to get out to do laundry).
Click to expand...

Yikes is right and I would go crazy being stuck in a hotel room for 14 days.
R

Depends on who you're with I guess!

Painted the roll hoop covers to "match" the wheels. It isn't an exact match but it is pretty close. Now to decide if I want to paint the dash trim as well or leave it silver.... 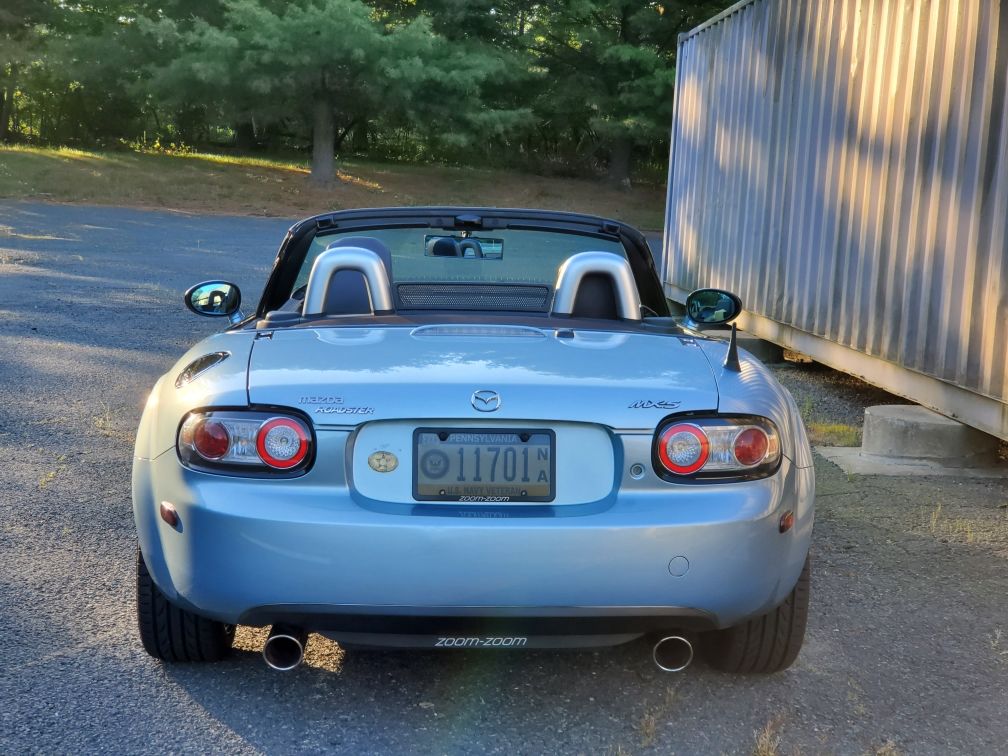 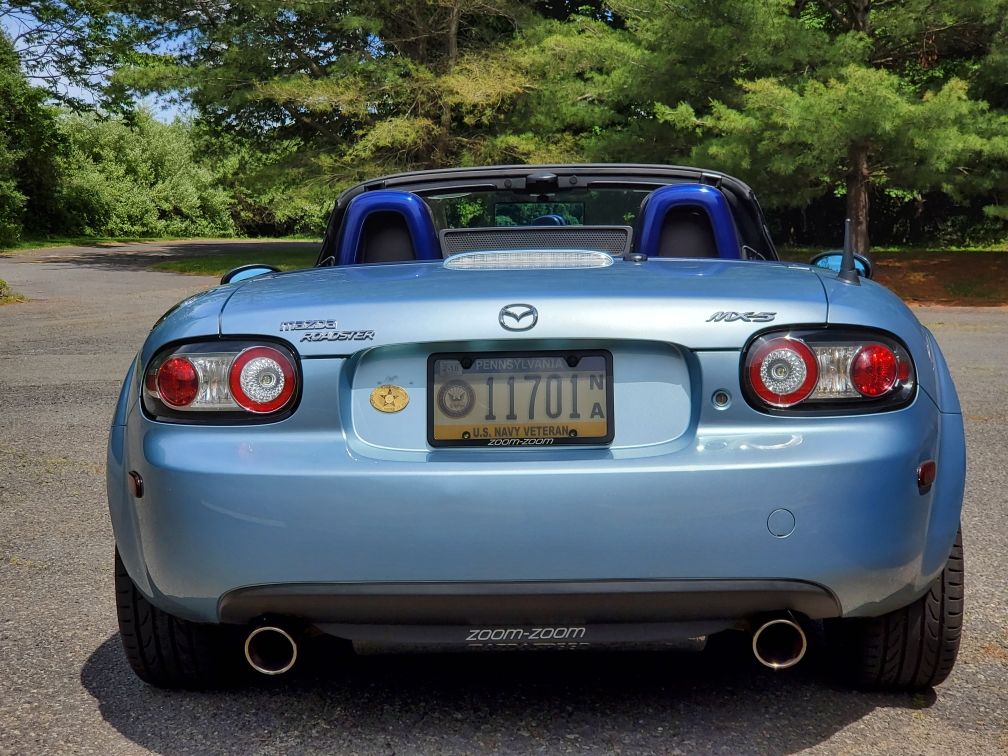 Reitrof said:
Depends on who you're with I guess!
Click to expand...

Lucky me, I'm with myself!

I finally cleaned out the roof drains!

I bought my MX used with just over 11k miles on it last September. The condition of the car indicated to me that it was garage kept. I also keep it in the garage.

The filter 'baskets' had a very small amount of debris in them and the foam 'filters' had even less. Now that I've done this once it will be much easier the next time.
Please log in or register to reply here.