What have you done to your Mazda3 today?

@Reitrof What Contis come stock on the 3? I had the OG DWS on the P5 and those sidewalls were on the soft side. My only gripe with the tire.

I almost went with the Indy 500s for the Miata based on feedback but chose the General G-Max RS. So far, I really like them.
R

No. When I took the 16x8 rims off the Miata I put them on the 21 3. I put conti extreme contacts on those rims. The original tires are in the shed.

@Reitrof That is right, I am getting old.

Saturday night, on our way to Best Buy, my son's 3 was making a horrific noise. Sounded like the front end was going to fall apart with every road imperfection we hit. He drove around the block back to the driveway and I popped the hood. When I pushed down on the DS fender I saw that the nut on the strut was loose and it was sliding as I pushed. I got an allen wrench and a wrench and tightened it down the best I could. Took a drive around the block and the noise was gone.

The struts were installed in October of 2018 and have 13K miles on them. Is this an indication that it is going bad or can I just loosen the nut to put some blue loctite on the threads before re-tightening? I also pulled the wheel off and didn't see any signs of it leaking.
R

If it looks ok and not leaking, I would do what you say. Add some locktite and snug it down tight. I would check the others to make sure they're not loose. WHo did the install?
R

Took the 3 to the lastest autox to try out the Firehawk Indy's. They did very well. They have more grip and feel than the Conti's. We only had 3 runs but managed to snag 2nd in my class. Still need to find the limit.

@Reitrof Thanks Bruce, that is the plan before he goes back to campus along with replacing the rear rotors/pads. Mavis (like a Midas) installed them but I will never go back to them after said install.

Sounds like 1st place is in reach once you find the limit of those tires.
R

Working on it
R

New pads and rotors on the front this afternoon/evening. 51K miles they were getting thin, starting to make little squeeky warning sounds. OMG those original rotors grow fast with only a little rust. No bloody knuckles, don't know how I got away with that. Rear is targeted next, maybe tomorrow depending on how stiff and sore I am.
R

rick3478 said:
New pads and rotors on the front this afternoon/evening. 51K miles they were getting thin, starting to make little squeeky warning sounds. OMG those original rotors grow fast with only a little rust. No bloody knuckles, don't know how I got away with that. Rear is targeted next, maybe tomorrow depending on how stiff and sore I am.
Click to expand...

So, I did not get to it the next day, or the one after, or the one after that. Did eventually get the rear pads and rotors replaced this afternoon. Had a bit of trouble with the combination mechanical hydraulic parking brake adjusters. One might think these things would be mirror assemblies and would behave alike, but one would be wrong. The right side piston screwed in obediently. The left turned but would not go in, and I was starting to get worried. At one point I had a 6" C-clamp on it to see if it would retract at all, and it didn't. And then I was in the seat and pulled the parking brake handle a couple of times to see if all was moving properly. As I released it the second time, I heard a clank from the rear of the car. The C-clamp had fallen off. Huh! So I put it back on and tightened it a bit and tried the parking brake handle again, and as I released the handle, the C-clamp loosened up. Okay, that seems to be progress, so rinse and repeat. After a couple dozen trips back and forth between the parking brake and the C-clamp, I finally got the piston fully retracted, installed the pads and put it all back together. So I have a general idea of what's inside those calipers and think I know what was going on, but sure didn't expect it. And wasn't going to disassemble them if I didn't have to. This was one of those cases where a second person would have made the job go ten times faster. Anyway, done, and hopefully good to go for another 50K.

I see a trend here as I replaced the rear rotors and pads on our son's 2008 Mazda3 on Friday. I sprayed the caliper bracket bolts down with some Kroil on Wednesday night and still anticipated the need to use some brute force to break them free. Surprisingly they broke loose with a standard 3/8" drive ratchet and a little elbow grease. Toughest part was retracting the pistons. I even bought this kit off of Amazon to ensure I'd have the right tool to do so.

Got set to retract the first piston and wouldn't you know it the tool for Mazda did not fit the piston! I tried re-orientating it but the nubs just didn't match the holes in the piston. Of course, my first thought goes to bad craftsmanship and after sitting for a couple of minutes to gather my thoughts and grab the keys to my other car to run out and buy the "correct" tool, I took a look down and the caliper bracket caught my eye. Stamped on it is FoMoCo, queue light bulb over head. I grabbed the tool for Ford and it was a perfect match. lol So, feel confident in buying the set I linked above as the craftmanship is not all that bad, as in most cases, it was user error.
R

I just use something like this, https://www.amazon.com/dp/ (commissions earned). Seems to work on the cars I've done brake work.

My 2018 and 2021 3 use an electric parking brake and use a ignition and button procedure to retract the caliper and then you repeat the procedure when you're done.

I actually have two of those cube tools. Bought one years ago when I did the rear brakes on the NC. Found out the same tool wouldn't fit the rear ND brakes while the car was in the air so I had to run out and buy a different one. This time around, I figured I would buy the set and one of them should fit. haha

I have never done the job on a car with the electric parking brake. Good to know the procedure. Seems much easier than twisting back with a cube.
T

Gave my 2014 3 a polish, interior needs some attention but hoping to put an Android auto HUB in this week.
Talking interiors, has anyone used the full carpets/mats you see on Alibaba? Always crop up but nervous about quality and ordering. Seen same ones on Ebay for 5x the price as well?

Moved the boy back to school last Thursday. Friday he texts us saying he hit a curb and PS front tire is rubbing. He was uncomfortable driving it so yesterday I had it towed to a local shop for free.

Got the call today that the PS LCA is bent (yay, just replaced that one on 8/13/2021), strut needs to be replaced (new front struts installed in 2018 with about 14K miles on them) and suggested replacing the wheel bearing (original with 186K miles on it). $1271 OTD including alignment. Since the struts are fairly new, he was ok with replacing only the PS. He also said the wheel and tire are ok. It is the little things. Lol

First dilemma, at the state inspection last week it was recommended that I change the DS LCA due to bushings cracking. It would not fail inspection but was recommended. I opted to wait and was going to replace it when he was home on winter break. Seeing that I will need another alignment, should I just have both LCAs replaced now? With the DS strut nut recently coming loose a couple of times, do I have them replace the DS strut too and go forward knowing both sides are new? After I last posted, it came loose again so I tightened the best I could with a box wrench. Then I bought a Schwaben 19mm strut nut socket and used that to torque it correctly after applying some blue loctite.

Second dilemma is he will be dumping more money into the car than what it is worth. Mom and I are making him pay the $1271, gotta be accountable. But it is cheaper than a car payment and given the crazy market what are we going to find and pay for it? 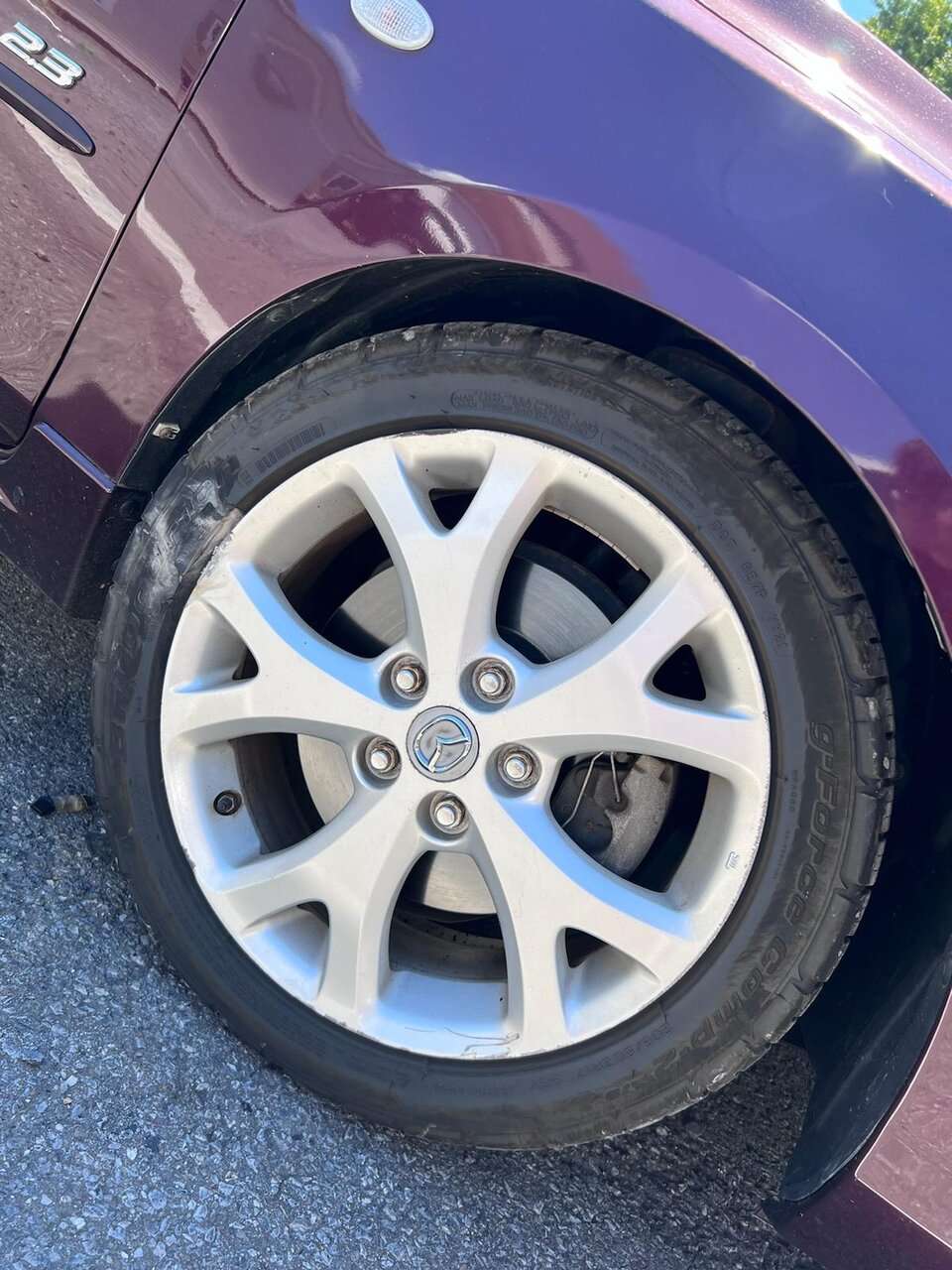 Ouch is right....for his wallet.

Pleasantly surprised with the shop, was nervous as I only talked to the guy over the phone a few times.
K 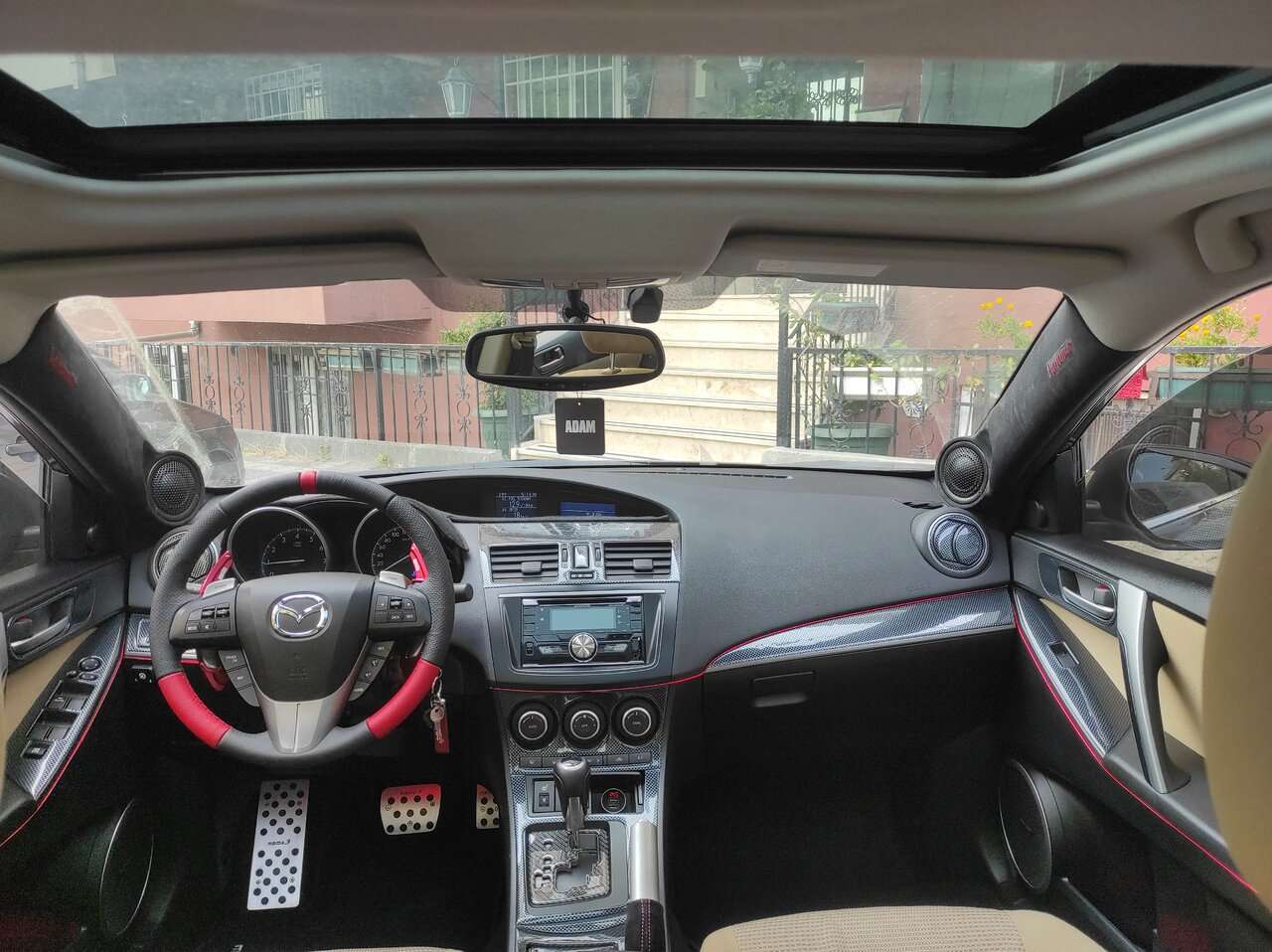 Had the windows tinted on my 2021 Turbo Hatchback (I had blacked out the chrome a couple of weeks before the tint appointment) about three weeks ago. 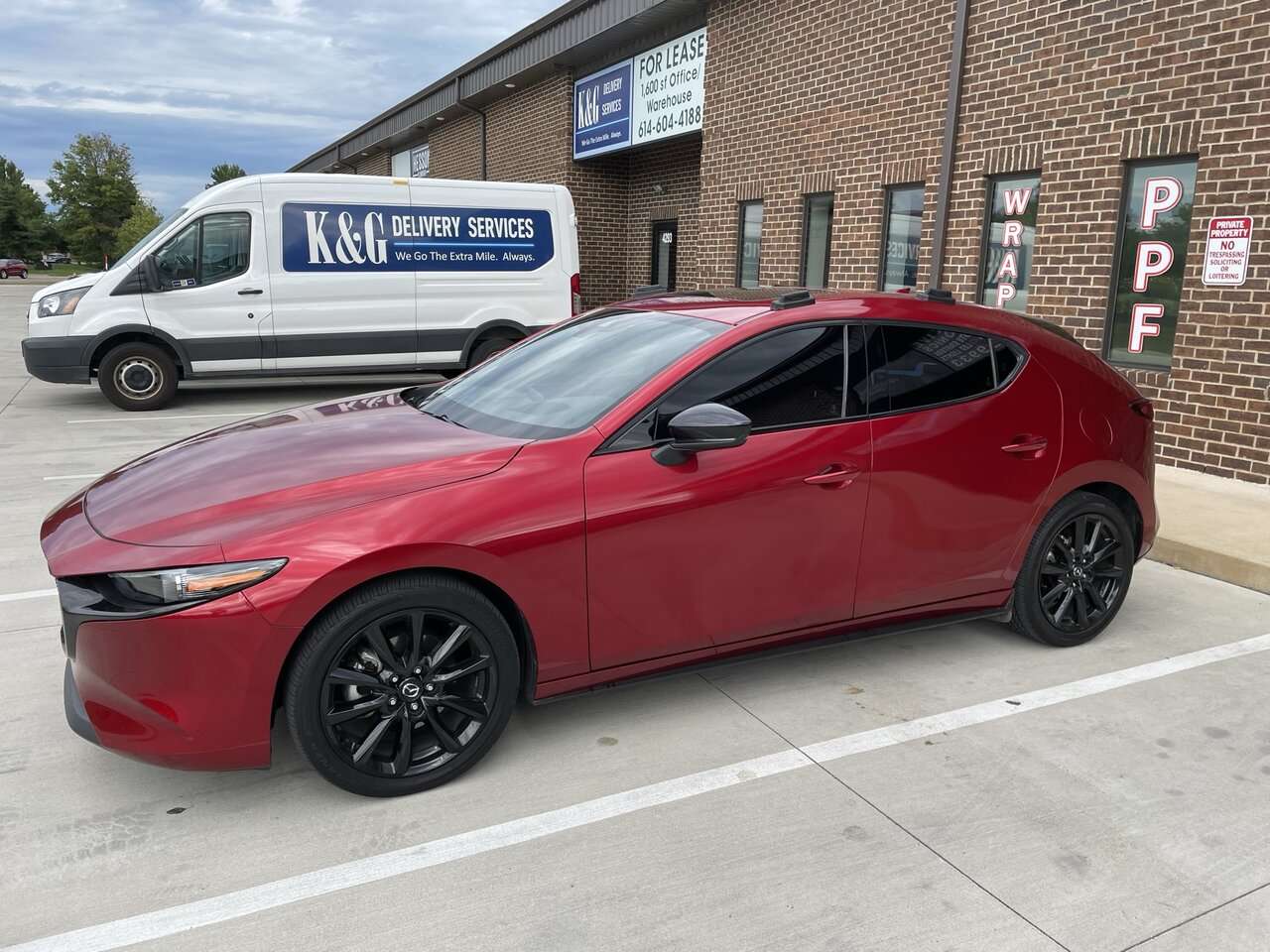