aaacx5 said:
Thank you everyone keeping an eye on this thread -- it is much appreciated.

Went to a different parts store and got the system tested again, similar results and their machine said the same thing: voltage regulator failure. They suggest a new alternator.

Will try replacing that and see what happns/report back!
Click to expand...

At this point, it’s logical and economical to replace the alternator. While replacing the alternator, also check all wires and connectors going to transmission making sure they’re in good shape and tight. Of course serpentine belt、water pump belt and belt tensioner (very common problem to leak) should be considered to replace too.

There’s a common problem related to variable valve timing (VVT) on high mileage CX-5’s which may affects camshaft position sensor error. The VVT solenoid, or oil control valve (OCV) on top of the engine tends to be leaking and it may worth to check the condition of the OCV. Here’s the part number:
Control Valve Solenoid - Mazda (PE01-14-420A) $188.72. 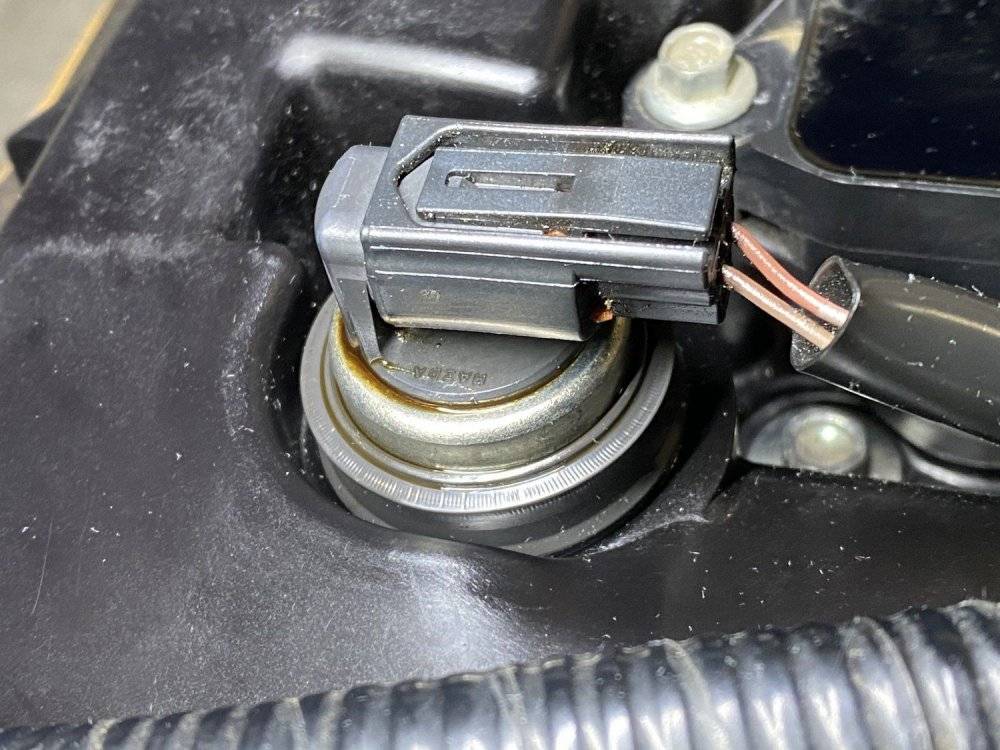 the oem seems cheaper with the discount.
see if you can get it at that price.
verify the part no by vin.
I used 2013 cx5 without vin in the search. 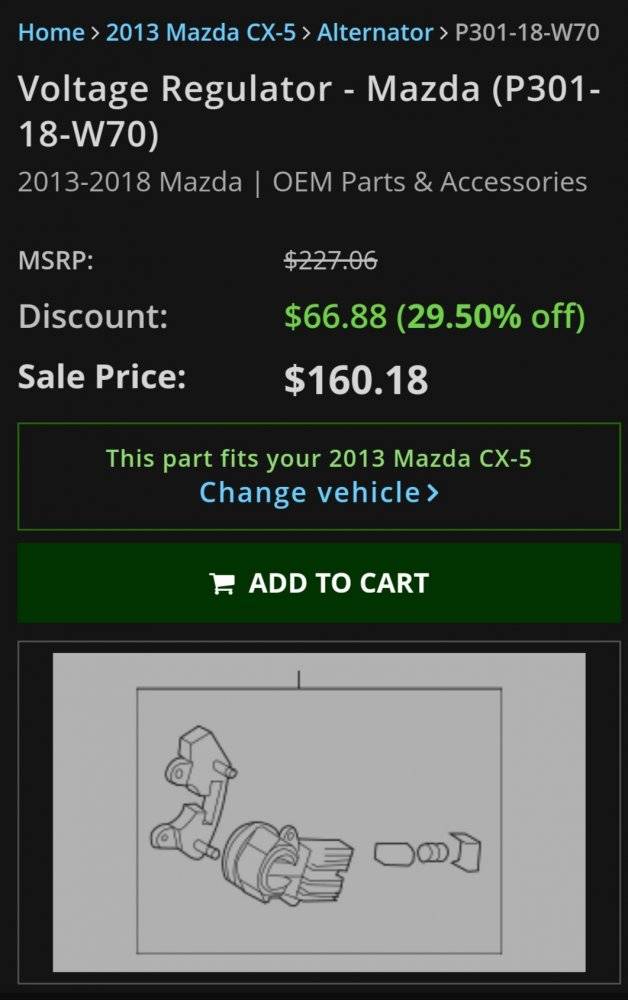 cz5gt said:
the oem seems cheaper with the discount.
see if you can get it at that price.
verify the part no by vin.
I used 2013 cx5 without vin in the search.
Click to expand...

In this case I'll just replace the entire alternator, rather than swap the voltage regulator. It looks like there would be a marginal savings, but I'm going to skip it. Thank you for the idea, though!
A

Quick Update: Still waiting on the Alternator to arrive from RockAuto. In the mean time, we have been driving the car around every day with no issues. I guess I'm still confused how a failing volt controller in an alternator could have such an intermittent effect, rather than just always causing issues. Can someone help me understand?
E

Electricity depends on continuity, and any bad connection, broken wire, or failed electrical component can cause continuity issues. And some of the worst of those (to diagnose) is where the failure is only partial and the continuity breaks are sporadic. After you see and read about some of the more bizarre intermittent electrical issues, you start to understand just how weird electricity can really be.

That said, I don't recall another instance of an alternator problem causing the symptoms you described, and then magically 'fix' itself. But again, electrical problems can sometimes be supernatural, so I'm certainly not going to rule out a bad alternator as the culprit in your case. And I certainly hope that swapping out the alt is the answer for you!
Please log in or register to reply here.