My passenger side window stopped going down using the driver's side switch bank. It would go up, but not down. Note: The window would go up and down perfectly when operated from the passenger window switch, so I knew the passenger windows motor/regulator is working fine. I bought a used driver's side switch bank on eBay from a former P5'er. I've installed the replacement and it works for the most part, but it sometimes shows the same passenger window up-not-down symptoms and I know it will fail in the near future. In the meantime, I've taken my original switch bank apart to try and clean the contacts as I'd heard that was likely the problem.

The power window switch bank is a non-serviceable part and I've already broken one of the switches while removing its cap. (You have to remove the "caps" for the passenger window and both back seat windows in order to take the switch bank apart.) You can see the black oxidation/scorching/tarnish/whatever in two places near the tip off the screwdriver below. Every one of those three switches will have that oxidation in two places; the driver's window uses a different type of switch as you can see and therefore shouldn't exhibit the same problems.

I may take the replacement, working switch bank apart as well. If I can break no more than a total of three switches between the two switch banks, I can easily clean them up and snap the working parts back together and it will work for a while to come.

Hmm... Now I'm wondering if I should have just hosed down the passenger switch with DeoxIt or something while operating the switch up and down (with the switch bank removed from the armrest, but still in one piece). I think the spray would have worked its way in sufficiently. Maybe I'll try that with the other switch bank before I commence to beating on it. Any recommendations on spray that might work? 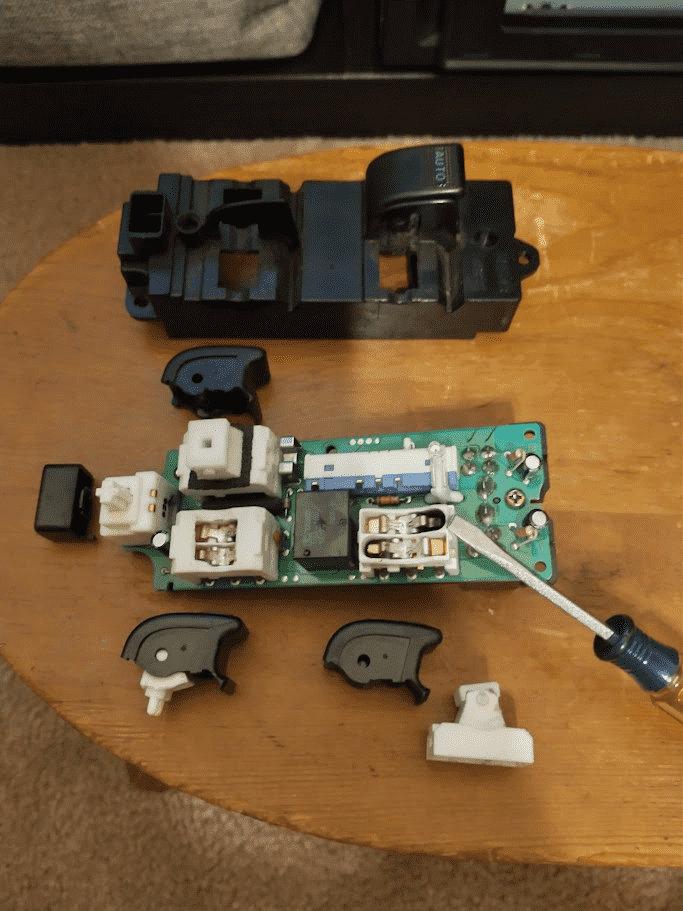 Been there. Done that. 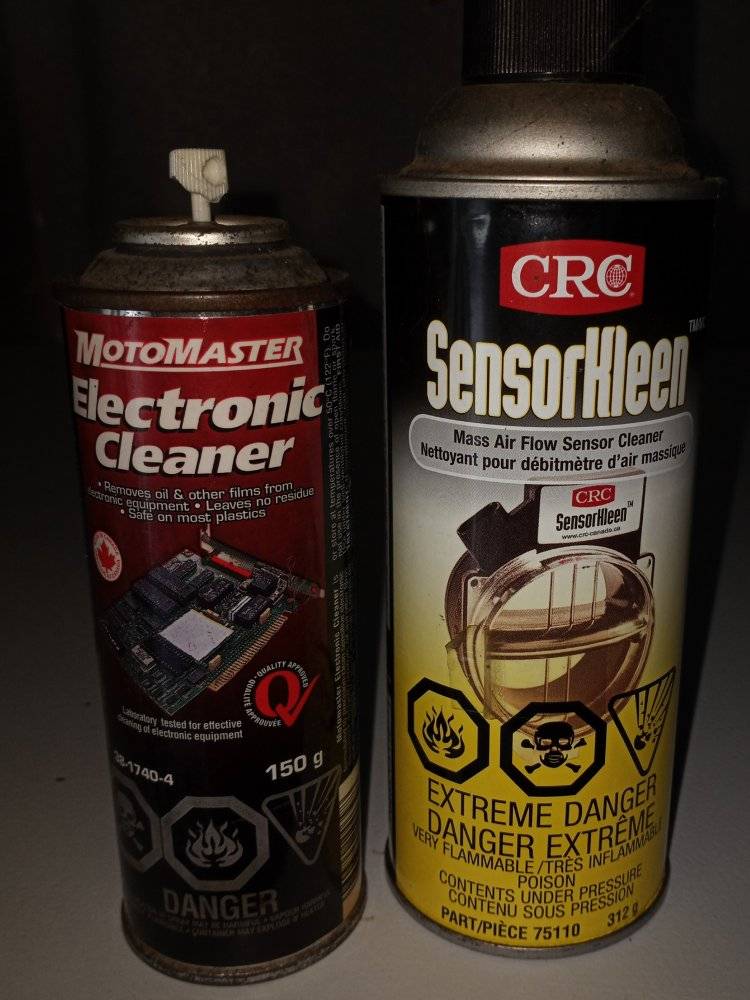 Don't use brake cleaner or any other solvents, because they may dissolve plastic and rubber.
K

pcb said:
Been there. Done that.

PCB, did you literally do this on the power window switches and/or switch bank, and without taking them apart?
P

katapaltes said:
PCB, did you literally do this on the power window switches and/or switch bank, and without taking them apart?
Click to expand...

Sort of, mine crapped out but I just swapped in the switch bank from my parts car. 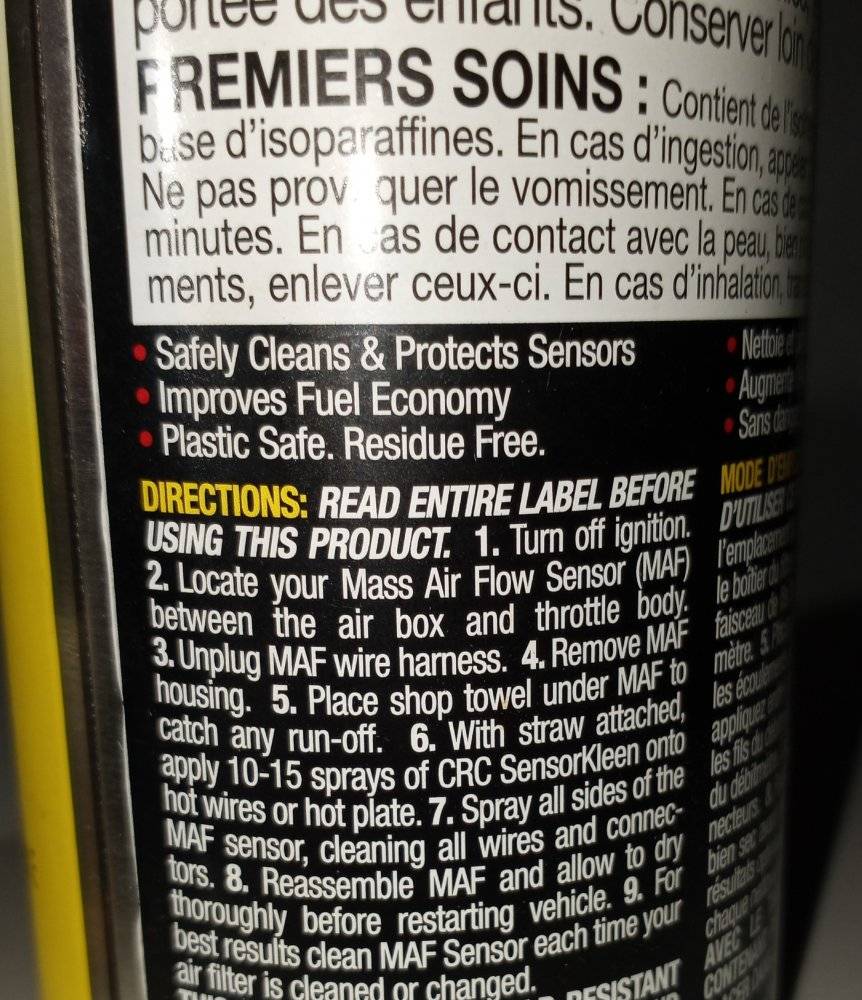 I've been using contact cleaner since the 80's but MAF cleaner is the same stuff.
K

^ Hell, if cleaning my window switches improves my fuel economy, I'm in!
P

If you heat up the switches with a hair dryer, they are less inclined to break.
It softens the plastic a bit and it's less brittle.

If you do take it apart, put dielectric grease on the contacts.
It keeps it lubed and seals the contact from the air preventing corrosion and sparking.
Please log in or register to reply here.