Overview Reviews (1)
This is a write-up on how to modify the stock reflectors on the rear bumper of the 2006-2008 (NC1) Miata to functional parking lights using LEDs.

I must give credit where credit is due and say that I found the initial write-up on Miata.net. Additional notes from my specific install are in blue.

Step 1: Remove side marker from car by pressing on the tab and pushing the lens out from the car.

Step 2: Use blue painter's tape to protect the lens while it is being held in a vice. I used duct tape to secure the reflector to a lantern. Note: Use a couple of layers to help block the light from the lantern when lit in step 4.

Step 3: Cut the center section off by using a small saw. I used a Dremel with a cutting wheel to cut this center section down as flush to the reflector as possible.

Step 3A: I then placed the LED strip down on the reflector and used a red sharpie to mark where I wanted to cut.

Step 4: Turn the lantern on. Now this is the tricky part. Using a Dremel with a cutting wheel, carefully cut the rear black plastic off without scratching the red lens along the lines marked with the sharpie. A trick that I came up with is shining a work light from underneath. Carefully cut and check to see if red light is coming from the cut. If light is seen, stop and continue on to the next section.

Step 5: Remove the cut out piece from the lens.

Step 5A: Using a Dremel with a drum sander (the one I used had a sanding area on the head allowing me to hold the Dremel upright while sanding down on the plastic), carefully sand down the black plastic near the tabs until you see light shining through. Go slow as you don't want the plastic to melt. Use pliers/tweezers to pull the plastic away as needed.

Step 6: Here is the LED light that bought from Pepboys. They were $20 each. It's a bit pricey, but they fit perfectly. I opted to go with HD LED red semi flex strips from Diode Dynamics. They offer a clean (IMO) look vs. the multi-dot look of the LED strip used. Pricey at $20ea but worth it, again IMO. I used the 3" strips and they fit perfectly between the tabs on the reflector. https://www.diodedynamics.com/store/...category/1488/

Step 7: Lay the LED lights onto the lens as shown. See picture below.
Note: To get LED to lay flush you may need to cut plastic away near the tabs with a knife.

Step 8: Apply silicon to the secure the LED lights to the lens. This will also protect the circuit board from the elements. Good thing LED lights don't burn out because I don't have to worry about changing any bulbs.
NOTE: The light does bleed through the clear silicon a little bit. Nothing to be concern about though. As an additional layer of protection and to prevent bleed through, I applied a layer of liquid electrical tape over the LED.

NOTE: Be careful not to apply too much silicon along the edges because if too much is present, the lights will not fit on the car. I used the existing opening in the bumper. I was lucky and did not have to make the hole bigger. Heed this note. I had to cut away some silicone near the forward tab of one of the reflectors as it would not "pop" into the hole.

Step 9: Now it's time to wire the lights. Remove all the plastic trunk panels from the car. I didn't take any pictures. If you have questions, do a search for "trunk sound deadening" and I'm sure you'll find something useful.

Step 10: Using the tips from GIF, I pulled out the yellow rubber plug to feed the wire into the trunk. Here is a picture of the driver side. For this I used the holes where the two yellow rubber plugs are found at the base of the rear plastic trunk panel. I used a step bit to drill the holes bigger as the connector for the LED driver would not fit through it. Final size of the holes is 7/16.
Note: By running the wires through these holes you will not be able to use the push clips. Seeing that the panel is still fastened with six other clips I didn't see it as being an issue.
For added protection I used wire casing to enclose the connection of the LED strip to the driver. First I taped the casing to the end closest to the bumper. Next I fed the wire for the strip through the large opening of the bumper and snapped the reflector in place. I then fed the wire of the driver through the hole in the trunk and down towards the muffler. After connecting the LED strip to the driver I taped this section of the casing together as well as the other end leading up to the trunk (as high as I could reach). I planned on pulling everything tight within the trunk but as more added protection I zip tied the wires to the frame using an existing hole found above the muffler.

Step 11: Cut the end of the rubber plug and feed the wire through it. This is a perfect way to create a rubber garment to protect the wires. Apply some clear silicon to seal the hole from water. Since the connector was too big to fit through the rubber plug I used some rubber grommets in their place. This sealed off both sides of the holes nicely and I didn't feel the need for extra silicone.

Step 12: Forgive me, but my camera ran out of batteries at this point of the project and I had to charge them while I continued. At this step, it was time to tap into the rear parking lights from the tail lights. Tap the positive wire from the LED lights to the CENTER wire of the parking/brake lights. (As shown on GIF's hints). The Diode Dynamics LED strips offer three ways of illumination, 1) white wire = 50% brightness, 2) red wire = 100% brightness, 3) yellow wire = flashing and of course black = ground. Initially I thought of using the red wire as I previously smoked my reflectors with tint. Upon testing them, I found that 50% was a perfect match to the parking lights and 100% was closer to when the brakes were applied. So I connected the white wire to the middle wire of the parking light socket.

Step 13: As for ground, I simply found a bolt from the chassis. There's a perfect grounded bolt at the center of the trunk right behind the license plate. It's already used as a ground for the automatic trunk release. I used the inboard mounting stud of the tail lamps themselves as the ground.

Step 13A: Locating a spot to mount the drivers. I used the curved edge found on the rear trunk panel. I wiped this area down along with the drivers with rubbing alcohol to clean them. I used some double sided tape to then mount them to the trunk. Next I used zip ties to hold all of the excess wiring in place.

Step 14: Once all the wires are in place, double check everything make sure water cannot enter the trunk or cause damage to the wiring and re-install all of the plastic panels and feel confident that it's now just a little bit easier for other drivers to see you at night. Finished

Pic1 = The cut reflector. It isn't pretty but no one else is going to see this side.

Pic2 = LED Strips installed between tabs with silicone in place.

Pic3 = Wire running from reflector towards middle of car.

Pic4 = Wire running from trunk along with placement of zip tie.

Pic5 = Location of drivers in trunk as well as the holes used to route the wires to the undercarriage of the car. Picture taken as if you are sitting in trunk looking backwards. 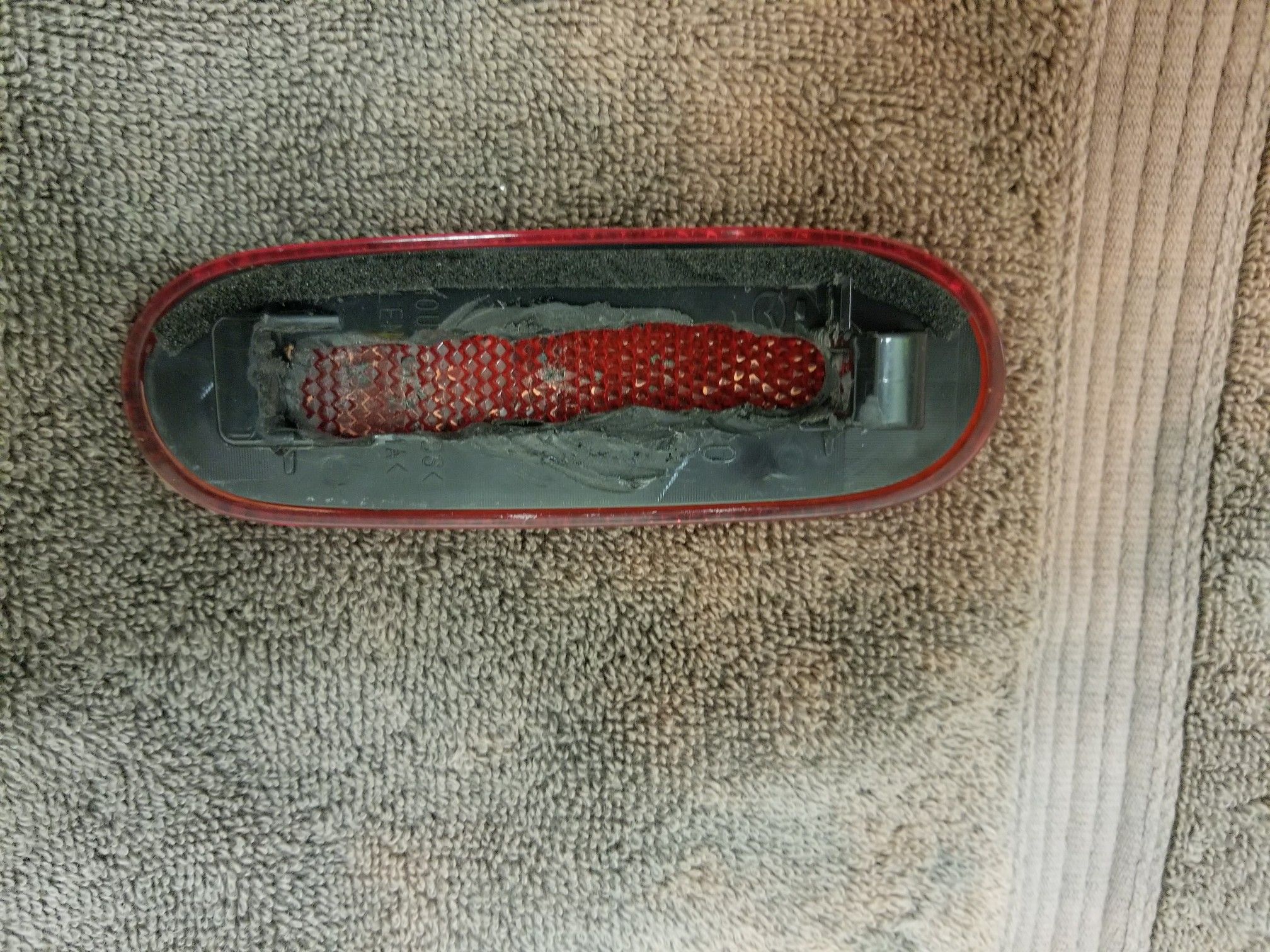 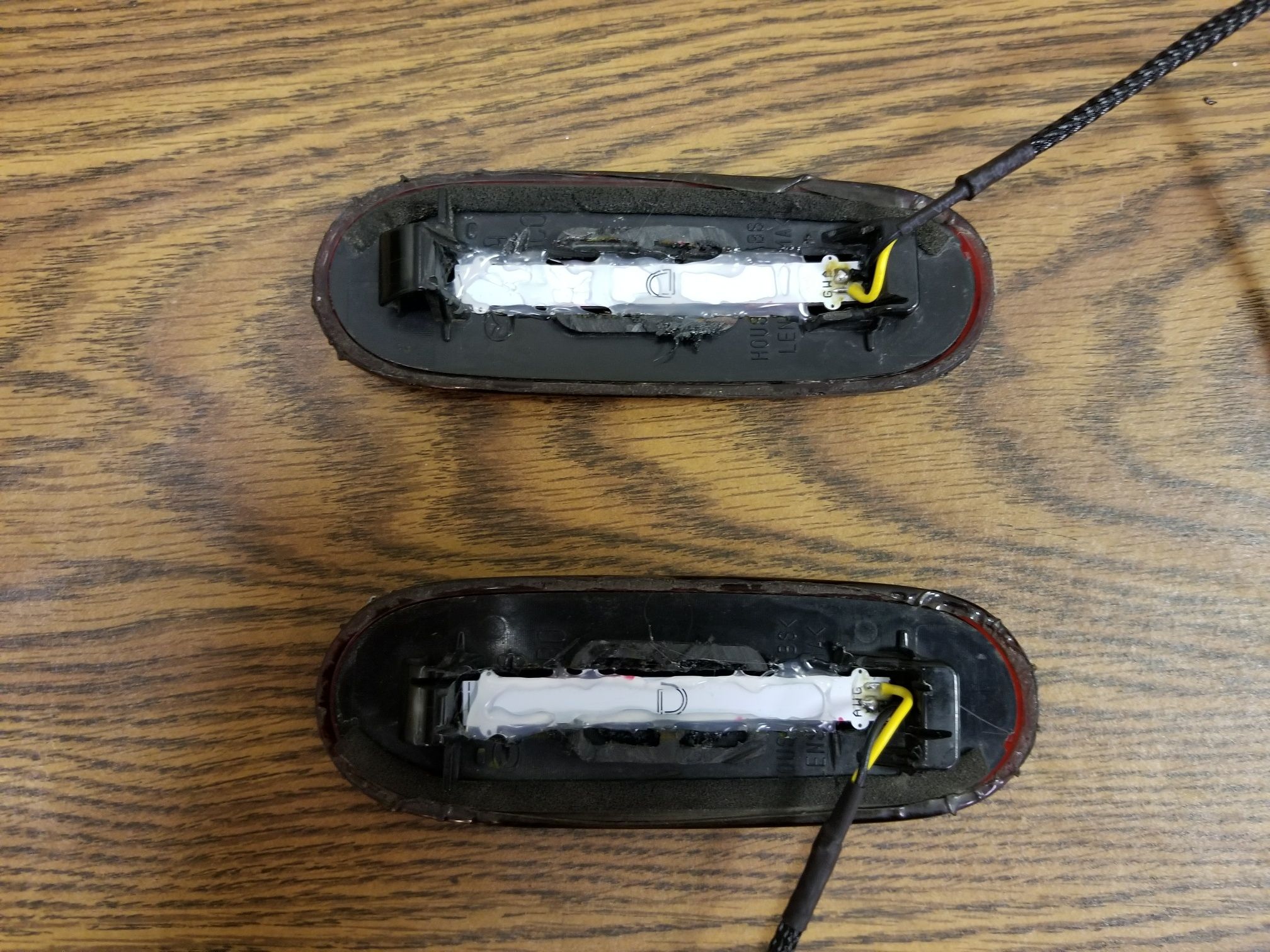 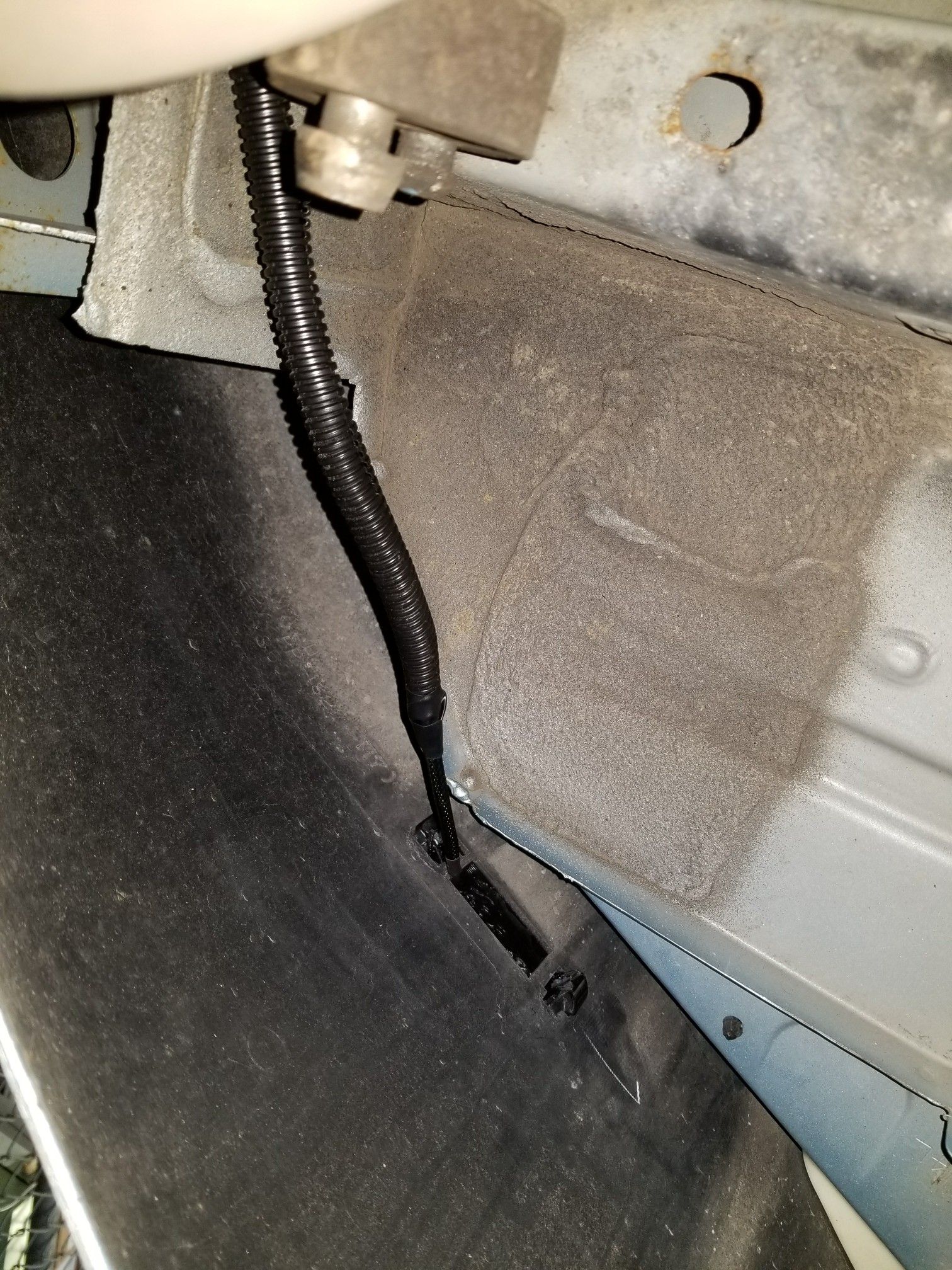 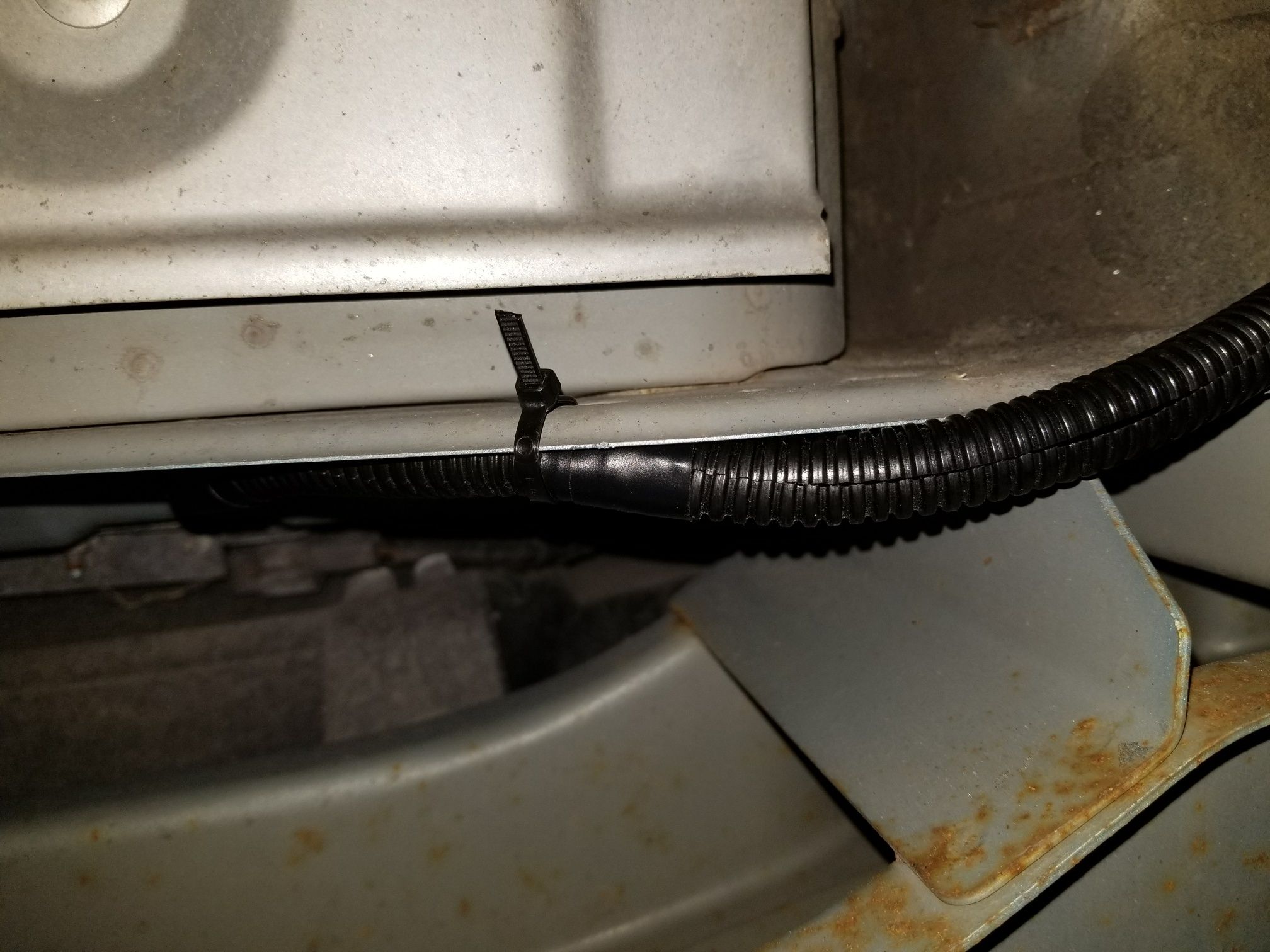 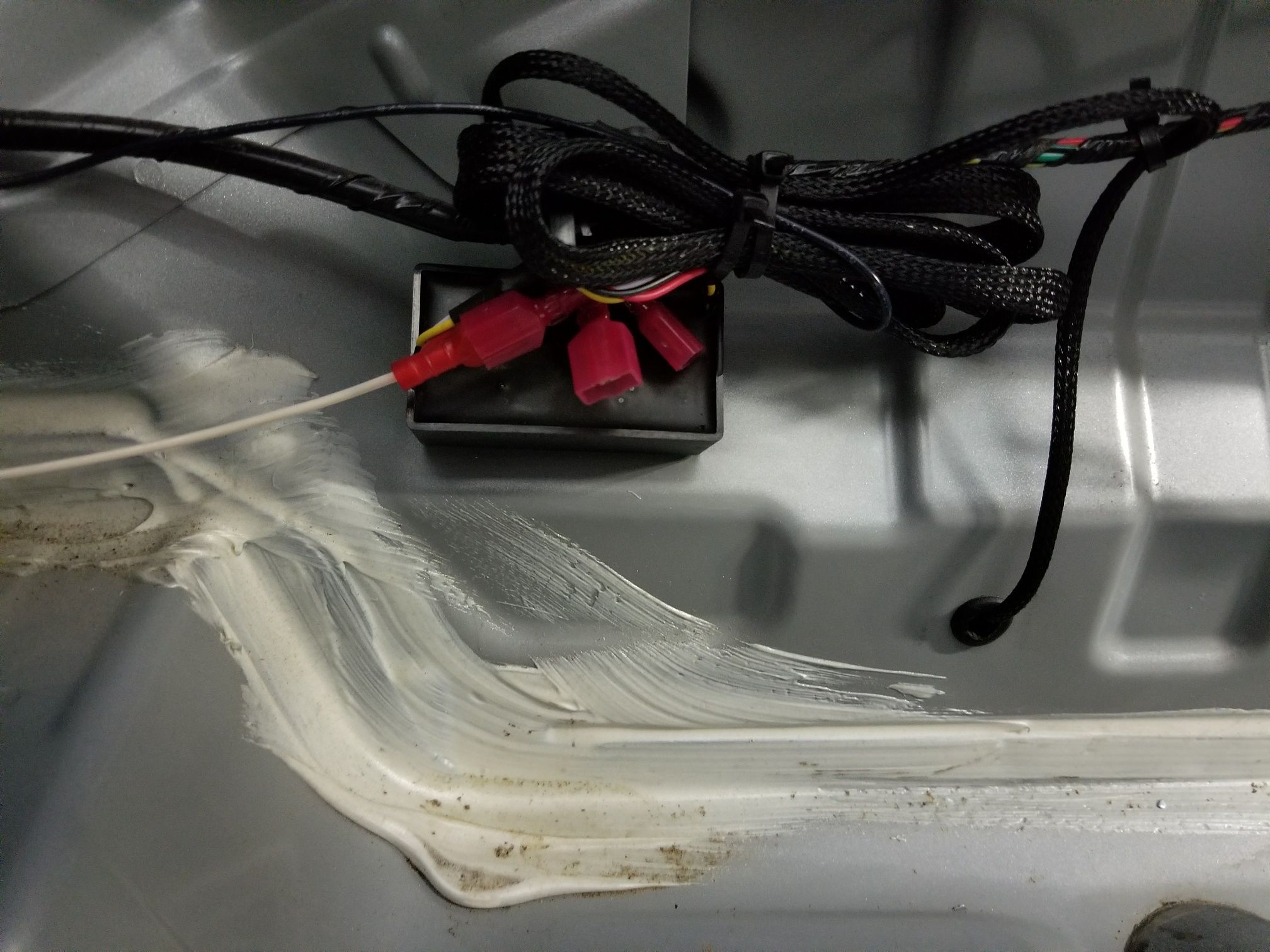 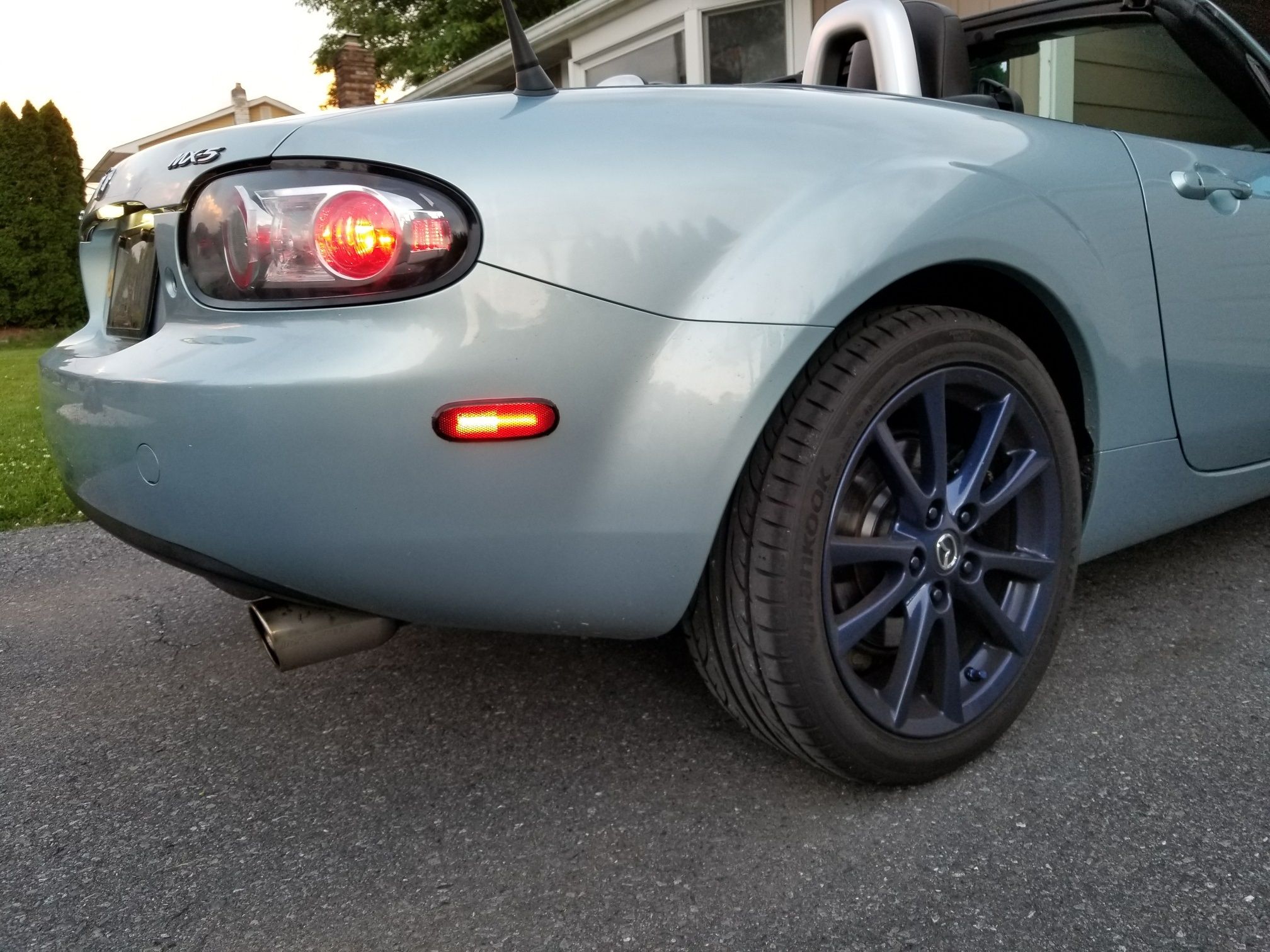 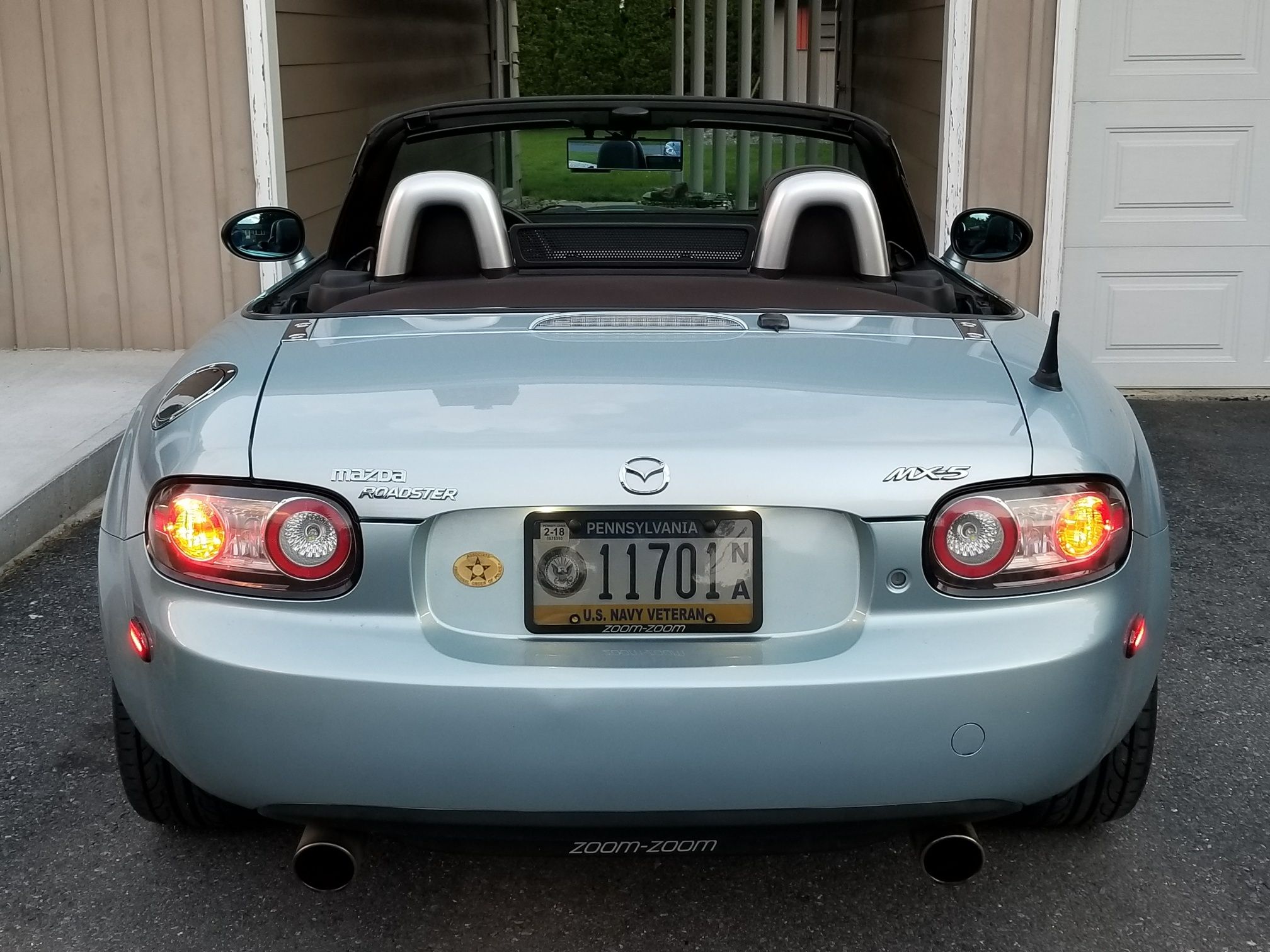 Excellent write-up and thanks for sharing...I especially like that you added your install notes as well...Very informative and helpful...Looking forward to more, thanks again!
Upvote 0
Read more…