Just picked up 19 GT. Salesman said you need to use regular oil and 3k intervals cause of Turbo. This goes against the 5k-7500k intervals Mazda recommends(which ill be following).
But can anyone tell me what oil the dealer is putting in your 2016+. I know synthetic is not required according to Manual but would think it would be beneficial long term.
My turbo Audis always used Full synthetic. Read recent Kbb article with CX-9 in their long term fleet. They specifically indicate that dealer put Castrol Edge 5w 30 full synthetic in their car at first oil change.
Also checked Castrol website and recommended oil is the Edge full synthetic 5w30.
Last edited: Oct 4, 2018
N

Ssteigss10 said:
Just picked up 19 GT. Salesman said you need to use regular oil and 3k intervals cause of Turbo. This goes against the 5k-7500k intervals Mazda recommends(which ill be following).
But can anyone tell me what oil the dealer is putting in your 2016+. I know synthetic is not required according to Manual but would think it would be beneficial long term.
My turbo Audis always used Full synthetic. Read recent Kbb article with CX-9 in their long term fleet. They specifically indicate that dealer put Castrol Edge 5w 30 full synthetic in their car at first oil change.
Also checked Castrol website and recommended oil is the Edge full synthetic 5w30.
Click to expand...

I was told by my sales rep to follow the 5-7500 mile intervals for the oil change (5K for the first), and they stated they would be putting the full Synthetic in. I'd be interested to here how others are handling this as well.
H

Had my first free oil change from the dealer and they put conventional 5-30 Mazda oil.

My next oil change is in 2 months, I'll fill Full Synthetic Castro.

I have no idea what oil brand the dealership uses. Probably which ever wholesaler gives them the best price on bulk oil at each year's contract. My fine local dealership (West Hills Mazda), at the first oil change, didn't change anything. They sent my wife home with old, dirty oil. I'll never darken their doorstep again.

Your salesman was either lying, didn't know what he was talking about, or a combination of ingredients. It makes no difference to Mazda North America whether you use conventional or synthetic oil. Your warranty is covered with either. Syn may have a long term benefit, especially when operated either in very hot weather or frigid weather. The oil brand makes no difference--all the major brands are equally excellent. 3000 mile oil changes were good enough for grandpappy, so why not for me? Well, since grandpappy's day, engines are manufactured better, gasoline is cleaner, fuel injection is more precise than carburetion, and oils are far superior. 7500 miles is no problem. If you have any doubt, the oil can be analyzed by a testing lab for $28. That isn't cost effective at every oil change, but once or twice to set the oil drain intervals can save a lot of money. If one isn't sure, try a test at 5000 miles; it'll be good for continued service. Change the oil, run to 7500, test again. The test will again show good oil. If the oil isn't good, it'll show that you have an engine problem that needs repair, not an oil depletion problem.
https://www.blackstone-labs.com/engine-types.php#GasEngine
Last edited: Oct 4, 2018
J

The service rep at my dealer told me synthetic was required. It does not. Either she is ignorant or thinks customers are.
M

The dealer I bought my car from tried to convince me that Mazda requires 5000 mile oil change intervals. I have not been back since, except for the free state inspection.
S

The dealer always says to go with service 2 which requires 5k oil changes. Its if u drive short trips, towing etc. There is also a flexible option where car will calculate when to change oil. I will do the 5k only because I plan to keep car long time and like to do rotations at same time. The bigger thing for me was his insistance that you must use regular oil cause of the turbo. That seemed off from what others are being told by their dealers.
J

Yeah, to me "regular oil only BECAUSE it is a turbo" makes no sense. Turbo engines run hotter, synthetic oil handles heat better. Therefore use regular oil?
S

Rather somewhat disturbing that dealers seem to be making up their own rules and recommendations on oil changes.
Sounds like the training that Mazda gives to their techs and service advisors, as well as their sales people, regarding oil changes, is non existent.
You'd think that Mazda (or any car company) would send out the same message/direction and training to all their dealerships, thus providing consistency in the message that goes out to the consumer.
Instead it sounds more like the employees are flying blind, and giving out advice based on their own beliefs and outdated or none existent knowledge.
I would think that following the service guidelines in the owners manual would at least be the default setting for your vehicle needs.
I'd follow that before listening to some quack at the dealership telling you to use only conventional oil, or that you have to change the oil every 3K. Ridiculous advice.
C

JPL said:
Yeah, to me "regular oil only BECAUSE it is a turbo" makes no sense. Turbo engines run hotter, synthetic oil handles heat better. Therefore use regular oil?
Click to expand...

The service department is the gold mine for the dealership owner. Not only do they make more money with more frequent servicing, but that gives them more opportunity to sell services your car probably doesn't need.

*The last big diesel I worked on, 57,500 hp straight 12 two-stroke, had four 4' diameter turbochargers that had separate oil sumps using ISO68 turbine oil...equivalent to about a 20 wt engine oil. Speaking of oil, that engine had 30 tons of SAE 30 oil in a lifetime fill in its sump, and consumed about a ton a day of 60 wt cylinder oil injected directly into ports in the sides of the cylinder liners. The crankcase was sealed and separate from the combustion spaces, so there was no blow-by contamination, and the crankcase oil was continuously centrifuged. The cylinder oil was very alkaline (TBN50) to deal with the acid from the 3% sulfur fuel. The three locomotive sized generator engines, straight 8 four-stroke 2700 hp, 2000 kW, used a more standard SAE 40 oil, still with high TBN to handle that high sulfur heavy fuel. That oil was continually centrifuged and used for several years until the lab analysis showed that a change was needed. These had the usual single turbocharger per engine and used crankcase oil. We had a procedure to water-wash the gas turbine blading to remove soot deposited after burning the heavy black fuel oil.
Last edited: Oct 5, 2018
J

What exactly is the question? As we've discussed, you can use both synthetic and conventional oil in this engine.
R

I had the same issue with the Mazda dealer I purchased from. First oil change and tire rotation was free and they put in conventional 5W-30. Second oil change I asked for full synthetic and the service writer said that Mazda recommends conventional and they cannot provide full synthetic for the 2.5L Turbo. So i went to another Mazda dealer that told me they'd use 5W-30 full synthetic if that's what I want. They were actually closer to me and just remodeled their dealership. I was impressed when I got a video texted to me while I was waiting that showed some inspection results on the brakes, cabin and air filters, etc. I also wrote to Mazda to get their official answer on what oil to use and this is their response:

I appreciate you contacting us regarding your 2016 CX9. I*m so glad that you asked and would be happy to clarify the type of oil that MNAO recommends for your vehicle.

I do see your vehicle has an EY * 2.5L Skyactiv Turbo Engine. MNAO recommends all Skyactiv engines to use Full Synthetic Motor Oil but not required. The recommended oil MNAO does suggests is SAE 5W-30 engine oil. Mazda Genuine Oil is used in your Mazda vehicle. Mazda Genuine 5W-30 Oil is required to achieve optimum fuel economy.

If you have any questions in the future, you can reach me directly using the number and extension below.

What gets me is these ignorant dealers actually saying you can only use conventional oil in the 2.5T. You can use synthetic in ALL cars. Nevermind that a turbo engine benefits more.

People go to a dealer for service for added expertise, particularly with your newer car. If you're dealing with this sort of ignorance, might as well just go to Joe's quicky lube.
P

I'm so glad that Mazda requires genuine oil. I'd hate to use not-genuine oil and be found out. Is synthetic oil also genuine oil? Or do I need to be sure to use genuine synthetic oil to meet Mazda's requirements? It's so confusing.....(rlaugh)

This image shows Mazda Original Oil. Is this also genuine oil? I'd think Mazda original oil would be really old, but it must be OK if they're still using it. 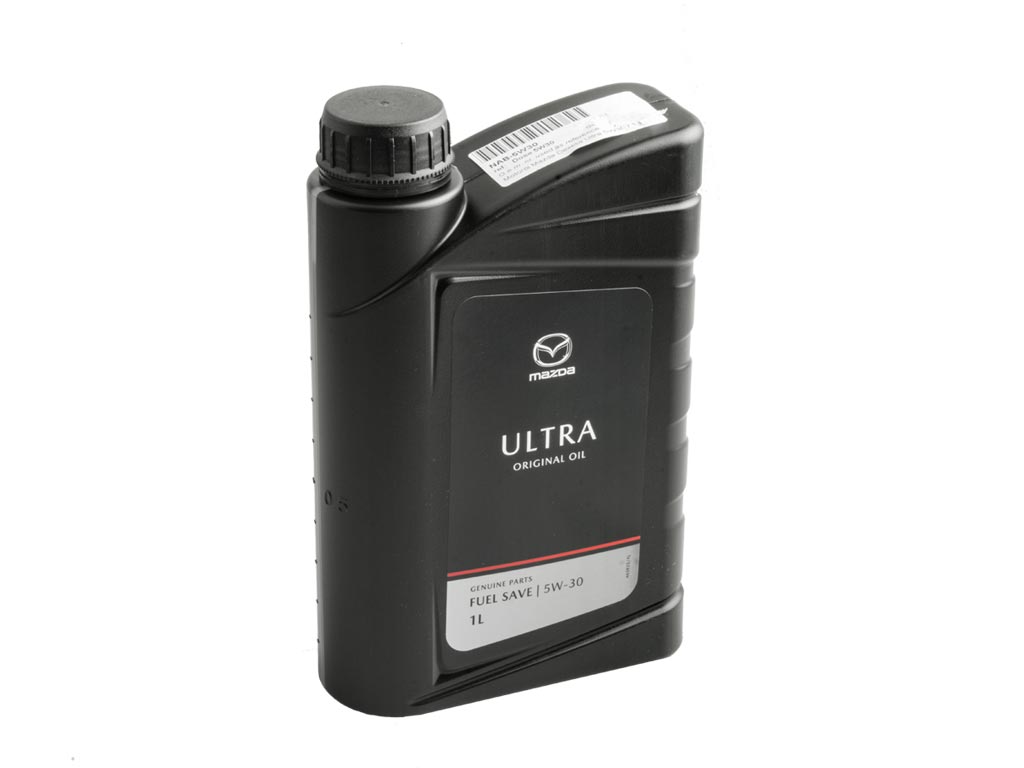 My owners manual suggests Castrol oils as they currently have a deal with them. So I wonder if Mazda branded oil is still being made.
C

JPL said:
What exactly is the question? As we've discussed, you can use both synthetic and conventional oil in this engine.
Click to expand...

RTCX9 got an answer from MNAO

Appears you can use either. Synthetic is recommended but not required. I can easily get 7-9k miles on synthetic oil on non-turbo skyativ engine. Regular oil in a turbo car would last no more than 5k imho. Interesting to see the blackstone lab results of regular oil after 5k miles.
Last edited: Oct 10, 2018
1

I do my own oil changes and will be using Mobil 1 oil and likely filters. I generally use better oil than what is recommended and go with the standard oil change interval which on the CX-9 is 7500 miles. For me this typically equates to 2x per year, spring and fall.
Please log in or register to reply here.