Introducing myself and my 2

Hello. I registered on the Mazda2Revolution.com forum but seems slow there compared to here, so I'd like to introduce myself to existing 2 owners. I picked up a 2011 5-speed Yozora edition 2 back in November of 2017. She had 76'000kms on her and already passed the 100'000kms mark. I picked her up as a new daily driver, retiring my very modified and thirsty 2003 Supercharged Nissan Xterra as the daily. This isn't my first Mazda as I've also got a 2004 Rx-8 GT as my summer toy, that replaces my old 1992 MX-3 where I had a 2.5L KL-ZE motor swapped into it, and I learned how to drive on my parents 1990 Mazda 626 hatch LX (auto, no turbo or AWS or adjustable suspension). I've had a good history with Mazda and really enjoy their cars. 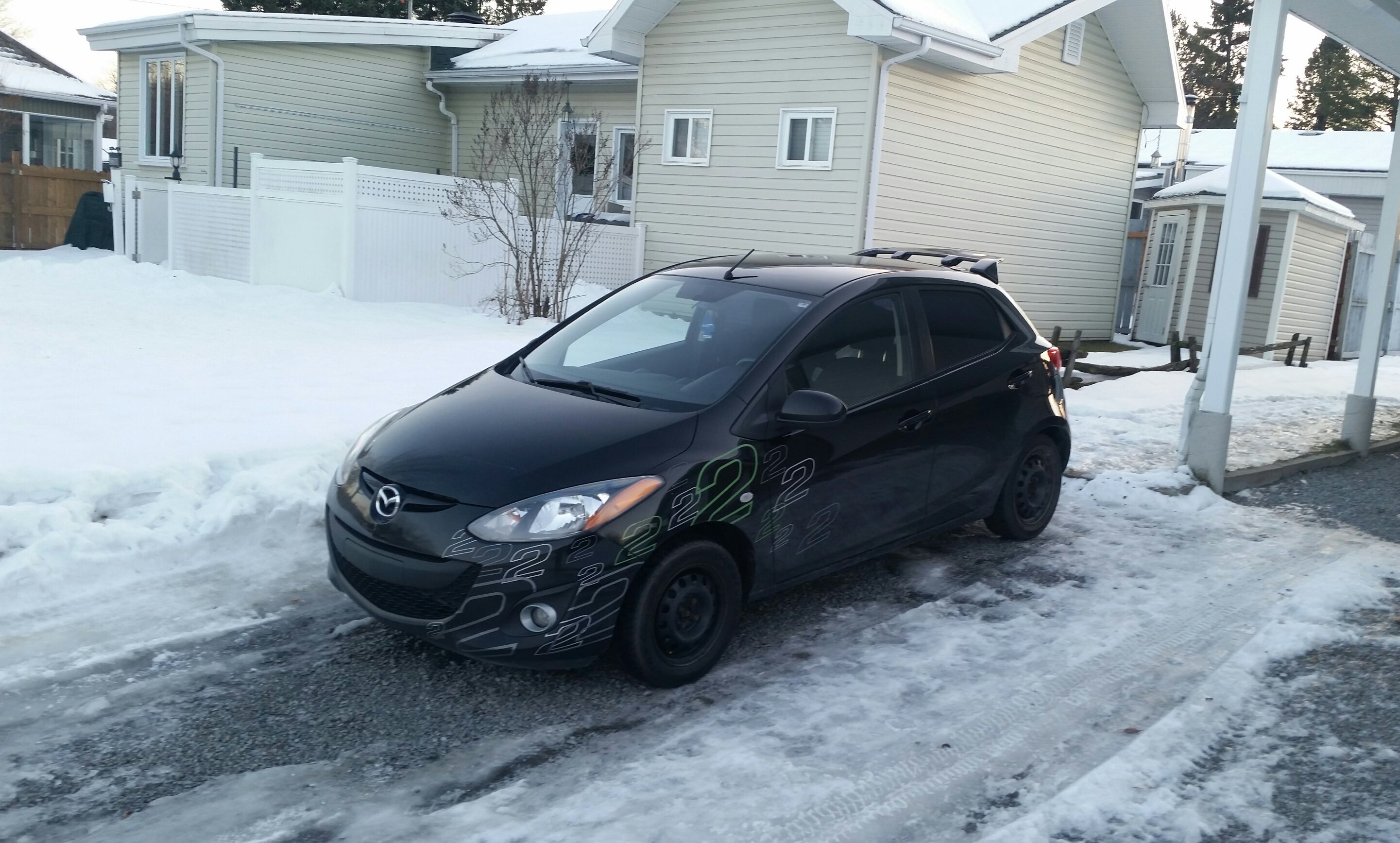 This is mostly geared as a cheap daily to run around in, so mods will(should/might) be light, but I may use it as a starter car for the girlfriend to do some track/autocross with it, but we'll see. She did a great job learning stick on it and had driven it for 5 months while I removed all the rust on her 2008 Dodge (2.7 V6 SXT) Avenger. So far I've installed a Kenwood Android Auto head unit, installed heated seats and a dash cam. I've also got a mint set of 5-spoke MX-3 rims for her for the summer to replace the ugly steelies with hubcaps since the car didn't come with the Yozora rims, and it adds a bit of nostalgia for me. They just need tires. It also came with a worn set of winter tires, in which I accidentally dented two hitting a cub in freezing rain last spring, and have been subsequently replaced along with new studded Gislaved Nordfrost tires.
Last edited: Jan 25, 2019
Please log in or register to reply here.