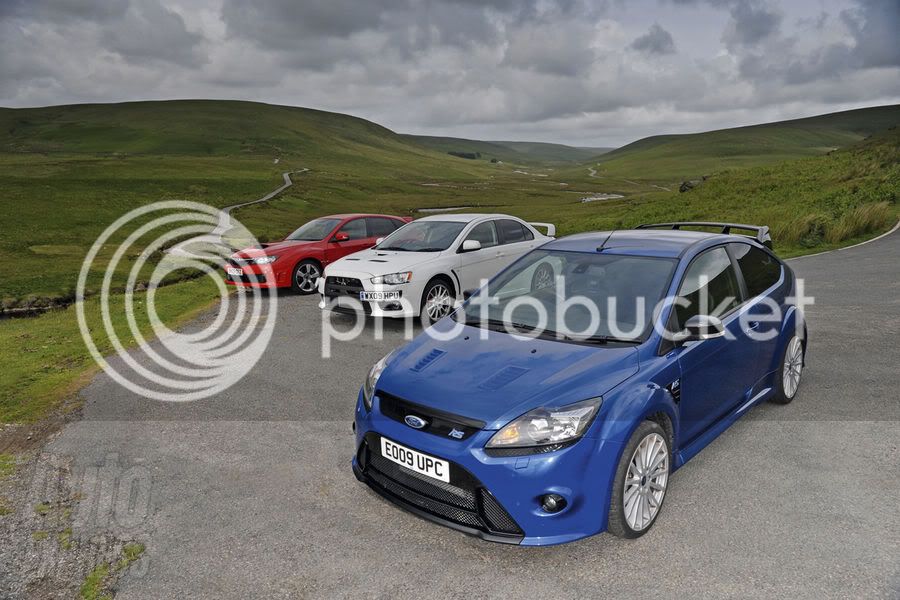 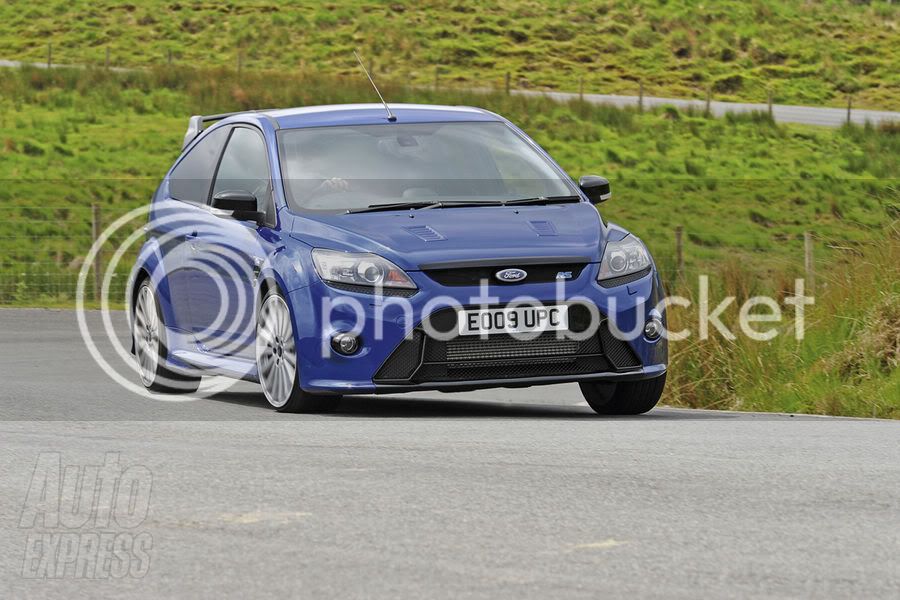 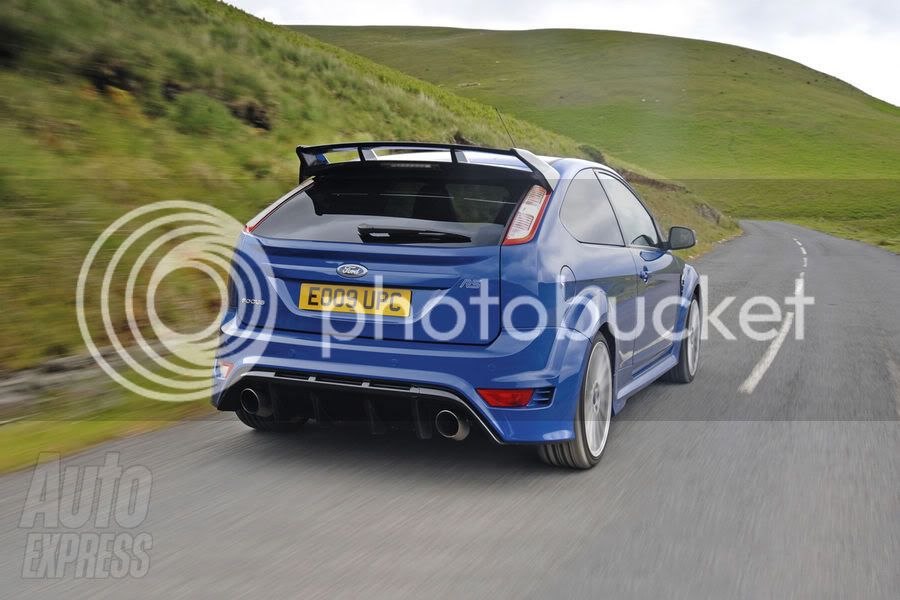 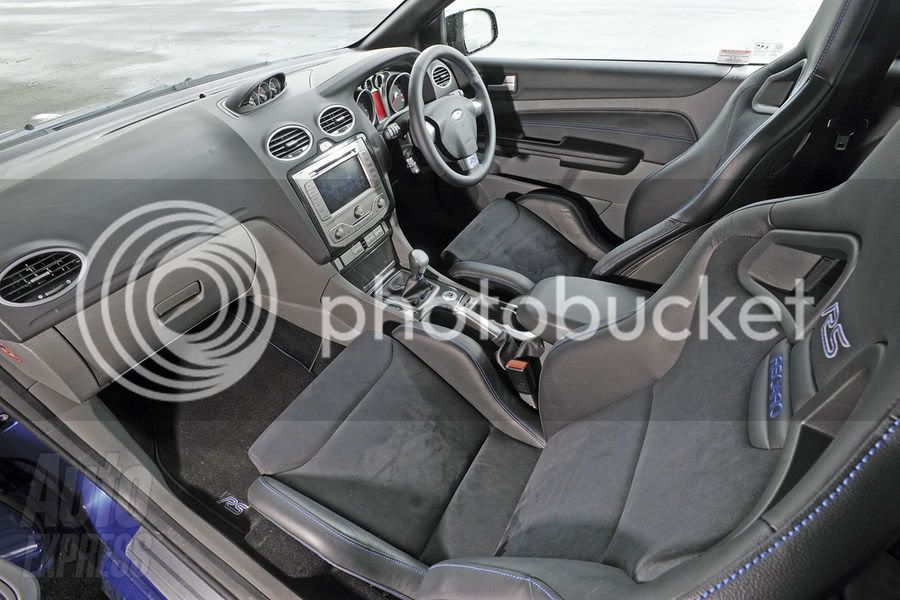 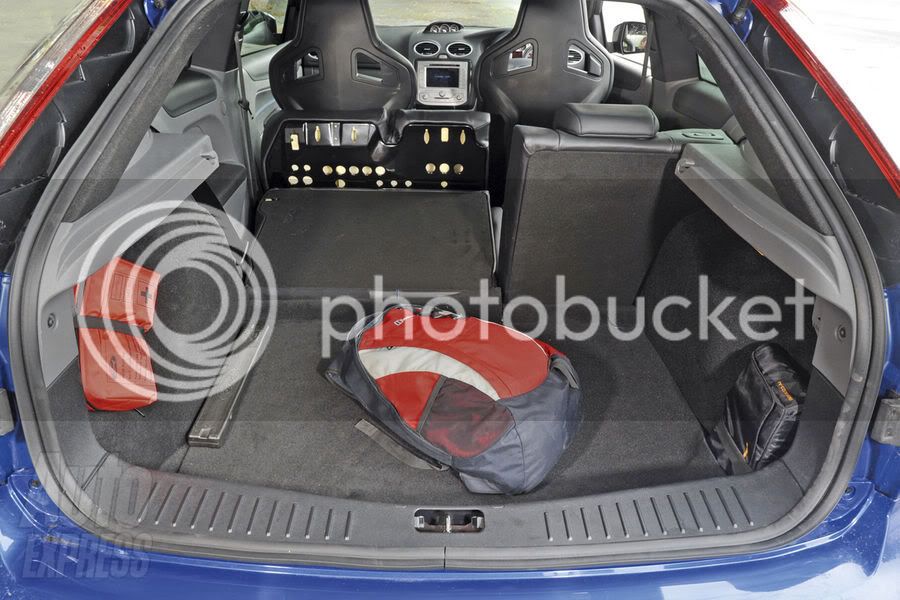 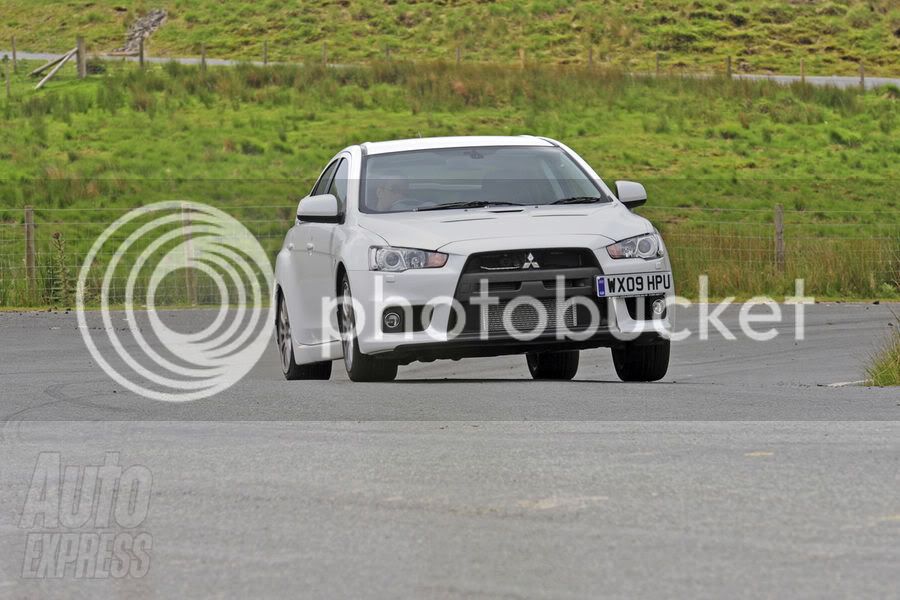 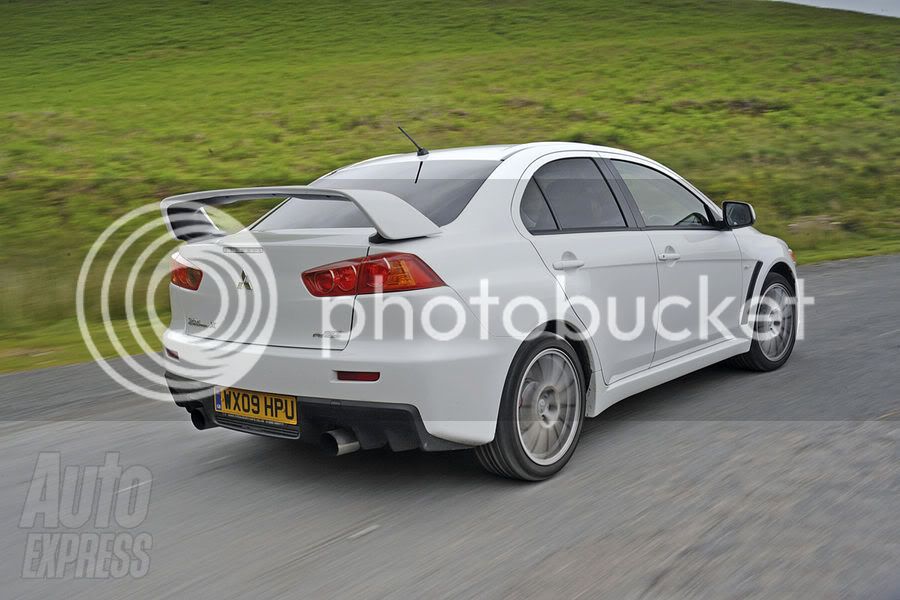 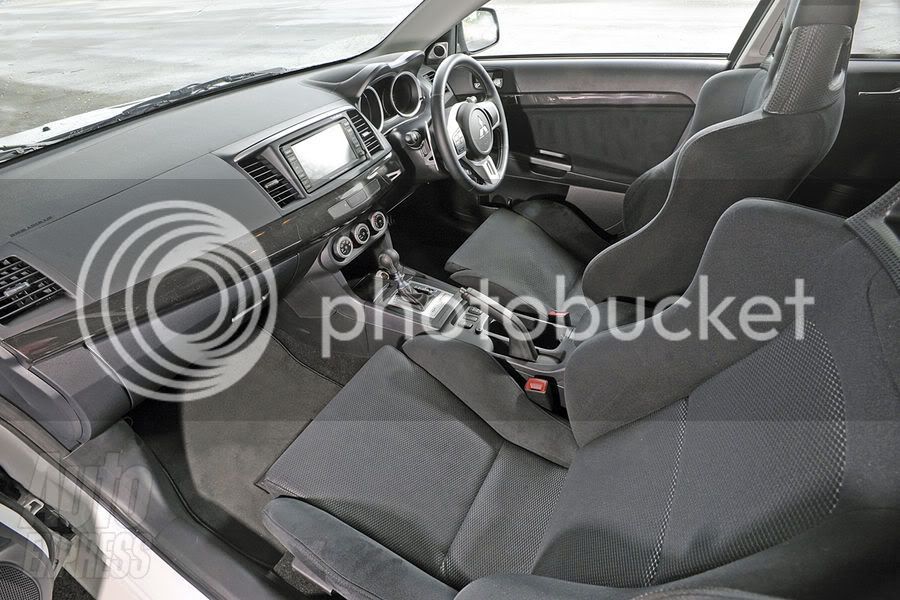 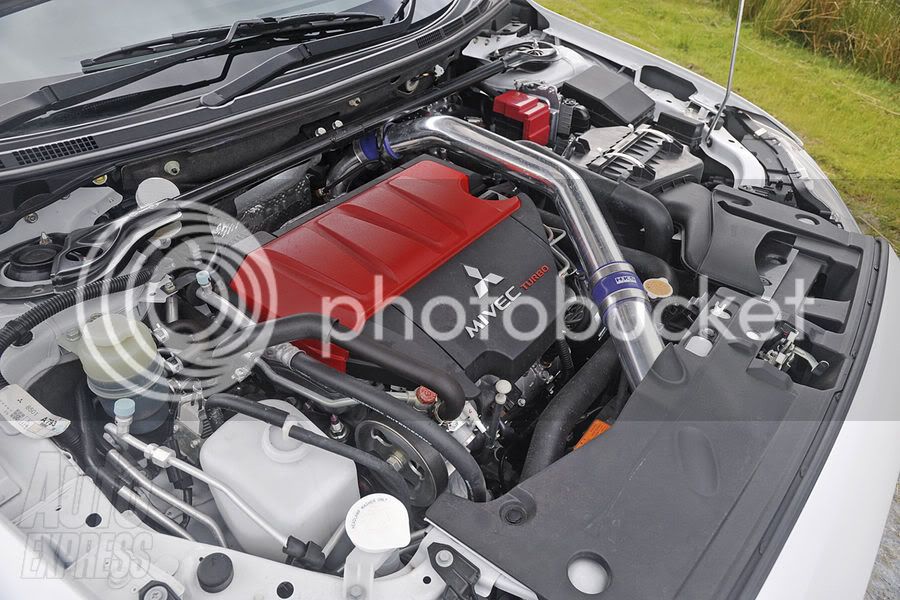 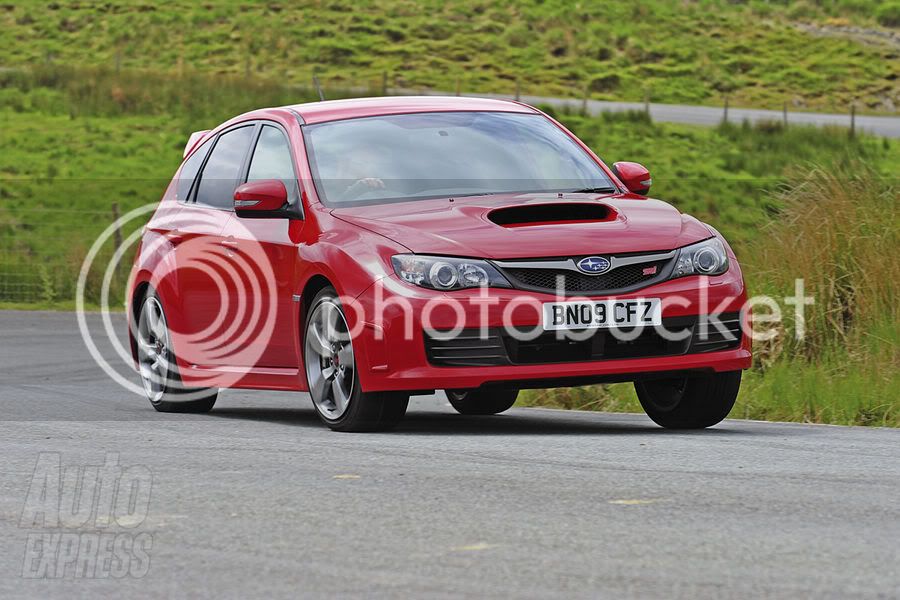 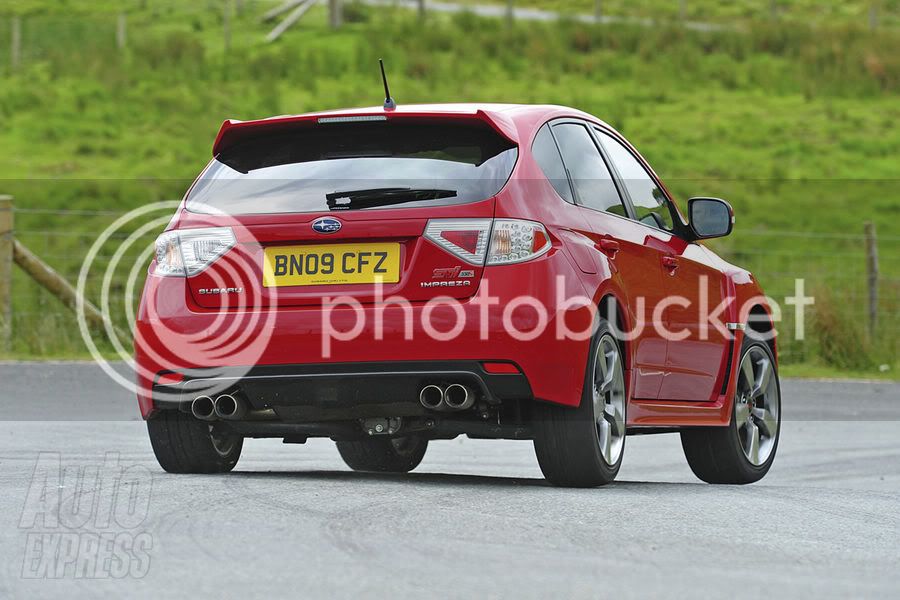 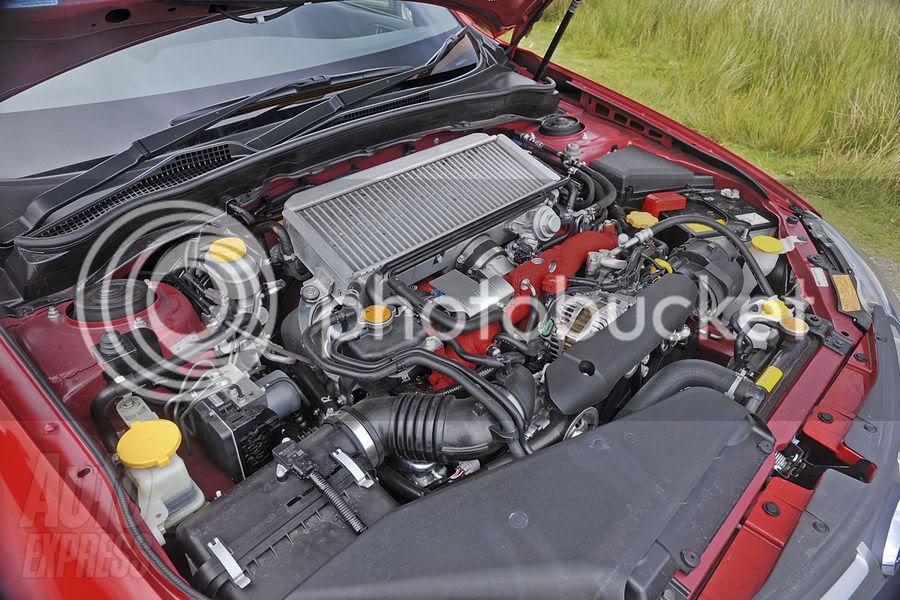 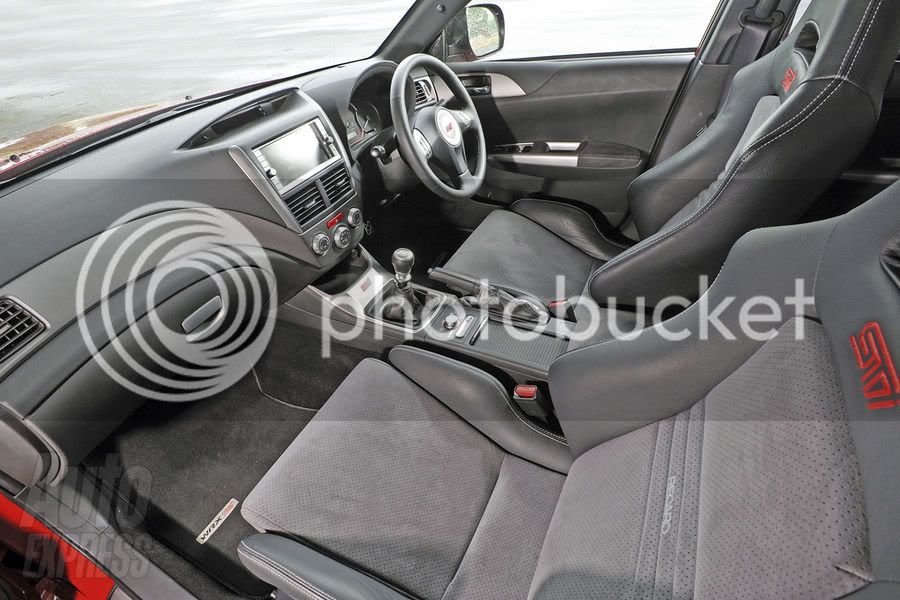 A bolt from the blue oval has exploded on to the performance car scene in the shape of Fords Focus RS. But can it blow away rivals from Mitsubishi and Subaru?

The Ford Focus RS has raised the bar in the hot hatch class. With a fearsome 2.5-litre turbocharged engine that produces 301bhp under the bonnet, it has left its traditional rivals in the shade by delivering incredible straight-line performance. Even though the Focus lost out to the more entertaining MINI JCW on its road test debut back in February, the hot Ford simply blew the competition into the weeds against the clock at our test track.


We think the new RS has outgrown its hot hatch roots then but does it have what it takes to compete with cars from the class above? To find out, weve lined up a pair of rally bred rivals. The Mitsubishi Evo X FQ330 and Subaru Impreza WRX STi Type UK 330S are both equipped with hugely powerful turbocharged engines but that is where the similarities end. While the Ford relies on a sophisticated differential and highly advanced front suspension system to transfer all its power to the tarmac, the Mitsubishi and Subaru have the advantage of four-wheel drive.


The Focus has a trick up its sleeve, though at 26,395, it undercuts its competitors by a significant margin.


Will this be enough to take the fastest-ever Ford hatch to a historic, giant-slaying victory? Or will the dynamic superiority of the Japanese cars see them past the chequered flag first? Fasten your seatbelts for a thrilling ride as we find out.

Does the fastest Ford Focus ever shoot straight to the top of the class?

The Focus RS has been around for a few months, yet it still has jaw-dropping visual impact. With its big spoilers, gaping grille and vast

Look closer and youll spot the neat bonnet vents, blue RS badges and huge twin tailpipes. The Mitsubishi and Subaru blend into the

background when parked alongside the RS.

So its a pity more effort wasnt made inside. Apart from a pair of body-hugging Recaro seats up front and a smattering of fake carbon

fibre, the layout is carried over unchanged from the Focus ST.

Still, that means a solid finish, plus plenty of space, with room for five adults. Access to the rear seats isnt as easy as in the other

cars, as the RS comes only as a three-door. But this doesnt affect load carrying ability fold the rear seats, and the 385-litre boot

Its fair to say buyers of this type of car are more interested in performance than practicality and the Focus doesnt disappoint.

Keyless go is standard, and when you hit the starter button, the 2.5-litre five-cylinder turbo burbles into life. It delivers 301bhp to the

front wheels thats not as much power as its rivals here, and the Ford doesnt have the traction of the two 4WD Japanese cars. But

We werent surprised to see the RS trail in the sprint from 0-60mph it was more than a second slower, with a time of 6.2 seconds. Yet

the weight advantage tells on the move, as the Ford provides explosive in-gear acceleration. Peak torque of 440Nm is at 2,250rpm, and

the RS needed 7.2 seconds to get from 50-70mph in sixth thats only two-tenths longer than the more powerful Evo X.

In the real world, the Focuss pace is blistering, while the off-beat growl of its five-cylinder engine adds to the drama. Its not perfect,

though. With so much power being directed to the front wheels, torque steer can be an issue particularly on bumpy surfaces and in

the wet even though the car has Fords clever RevoKnuckle suspension set-up.

This is our only criticism of the excellent chassis, though. Grip is incredible through fast turns, while the limited slip differential boosts

traction out of slower bends. The steering offers plenty of feedback to help you make the most of the cars agility, the gearshift is quick

and positive, and the brakes are powerful.

Bluetooth options, youll make a big saving. This great value combines with the eye-catching looks, pace and thrills to help the Focus

Competition improves the breed and the Mitsubishi Evolution proves it. Designed to conquer the worlds rally stages, the Japanese model has undergone constant change and improvement since its introduction way back in 1992.

Now in its 10th generation, the Mitsubishi is faster and more advanced than ever. The FQ330 weve lined up for this test is equipped with a more powerful version of the standard models 2.0-litre turbocharged engine, while the hi-tech twin-clutch gearbox has been tweaked to give smoother and faster shifts.

What hasnt changed is the in-your-face styling. While the Evo X doesnt turn as many heads as the Ford, it still makes a real impression. With its aggressive nose, high-rise rear spoiler, bulging wheelarches and multiple cooling ducts cut into the bonnet, its every inch a racer for
the road.

Climb aboard and youll find the cabin is much less striking. Given the cars hefty 35,999 asking price, its disappointing to be greeted by low-rent plastics, cheap-
feeling switchgear and bland dashboard design. What you cant complain about is the amount of kit fitted as standard this includes a touchscreen sat-nav, climate control and a 30GB music hard drive.

Equally generous is the space on offer, with ample leg and headroom for all occupants. Then again, the compact boot doesnt look nearly as large as the 400 litres Mitsubishi claims, and versatility is limited by the fact that the rear bench doesnt fold.

However, buyers wont feel short-changed when it comes to performance. The Evos 2.0-litre four-cylinder engine is the smallest here, but it punches well above its weight. At the test track, the car reaped the benefits of its clever four-wheel-drive system and SST gearbox complete with launch control to blast from 0-60mph in five seconds exactly. Thats a full second faster than the Subaru. Its just a shame the powerplant has none of the character of the Impreza or Focus engines.

The unit is short on refinement, too. It sounds thrashy and strained at high revs a problem thats highlighted by a short top gear, which results in an intrusive drone at motorway speeds. The Evo X is at its best on tight and twisty back roads, where you can revel in the staggering agility of its chassis.

Few cars are as composed or as fast over undulating switchback roads like those on our Welsh test route. Despite having a firm ride and minimal body roll, the Mitsubishi glides over bumps and slices through bends with real poise. The steering could do with more feel, but is scalpel sharp, while the gearbox delivers rapid-fire changes that are much improved over the original.

The real genius lies in the Evo Xs sophisticated four-wheel-drive system. It shifts power seamlessly between axles and wheels, and as a result delivers incredible grip in all conditions.

This comes at a hefty price, though the 35,999 Mitsubishi costs nearly 10,000 more than the Focus RS. It is incredibly good, but has it done enough to justify such a hefty premium?

WHY?
Evo X gets more power and a slicker twin-clutch box. We see if its still the natural selection for performance fans.

If theres one car thats sure to get performance fans excited, its the Subaru Impreza. The turbocharged, four-wheel-drive model has won a dedicated and passionate following since it was introduced more than 15 years ago. However, the latest five-door version has failed to capture the imagination like previous models.

Competition from the Evo and a new generation of powerful hot hatches has left the Impreza trailing. In an effort to boost its fortunes, bosses have introduced this, the 330S. Based on the hot WRX STi, it gets a 29bhp power boost which takes the overall output to an Evo-rivalling 325bhp as well as a longer list of standard kit.

Externally, the 330S is identified by a set of handsome 18-inch five-spoke alloy wheels. Elsewhere, it uses the same muscular bodywork as the STi, complete with wide wheelarches and a huge bonnet scoop.

To our eyes, the end result looks dated compared to the distinctive Evo and brutish Focus, although it certainly has presence.

The interior is even more disappointing. With cheap plastics and flimsy build quality, the cabin is underwhelming when you consider the cars 30,350 price tag. There is plenty of standard kit, though, including sat-nav, keyless entry and xenon headlamps.

Its also practical, with generous room for occupants and a versatile five-door layout. But the rear differential for the four-wheel-drive system results in a high boot floor and a disappointing 301-litre carrying capacity. Folding the rear seats flat liberates a useful total of 1,216 litres.
On paper, the Subarus characterful 2.5-litre boxer engine should be the strongest here, because it develops an Evo-matching 325bhp. Its torque output of 470Nm is also 30Nm higher than the Ford.

However, the unit suffers from turbo lag, and feels very lethargic at low revs. As a result, it takes 9.8 seconds to cover the dash from 50-70mph in top gear a full 2.8 seconds slower than the Mitsubishi. But dont think the Subaru is slow.

Selecting the Sport Sharp mode on the Si-Drive control improves throttle response and once the revs rise above 3,500rpm, the 330S is savagely quick. The downside is that to maintain this pace you constantly have to change gear using the clunky manual box.

Turn into a corner and youll discover the Imprezas chassis is equally frustrating. Where the Evo uses hi-tech electronics for its all-wheel-drive system, the Subaru relies on traditional mechanical limited slip differentials. The set-up is effective theres bags of traction and grip but its unrefined compared to the Evo. The over-light steering also lacks the feel and sharpness of the Mitsubishi and Ford.

On the plus side, the 330S is still devastatingly quick over twisting back roads, while its soft suspension set-up copes well with poor surfaces.

Theres no doubt the Subaru is feeling old now. But its tuneful motor, surging on-boost performance and secure handling still make it a capable proposition.


WHY?
The Impreza has been at the top of the fast car tree for 15 years. Can the flagship 330S live up to the legend?

While I have never drove any of these cars, I'd take the Ford over the others any day. 2 doors are cool.(wrc)
M

ive been watching the new rs since its release in the london auto show! if they brought them to the states one would be in my driveway within a month!
D

and for those of u who didnt know these come equiped from the factory with a quafe lsd! what more can u ask for then a 300 hp car just begging to be modded to make even more power and know the diff will hold up for ever! and at such a cheap price!
G

its been said a million times but I am going to say it again.....

Please bring the RS to the states...please
D

thats what im saying! it would sale like hot cakes, u can say "but its a ford" all u want but these things are way sexier and loaded then an ms3 and a way better building platform!
Please log in or register to reply here.