Ask Away with Jeff Smith: Micron Ratings and What They Mean for Your Oil Filter - OnAllCylinders

I’ve been looking at aftermarket billet aluminum oil filters with a stainless mesh filter that you can disassemble, clean, and re-use. Are these any good? I don’t mind taking a …

SheerAZ said:
Has anyone seen the Mazda OEM filter cut open? It does not have a top or bottom plate. Not sure that this is good. Also, cellulose as the media is not the best you can get. I would say too that the Micron level is high and would cause wear on the engine. 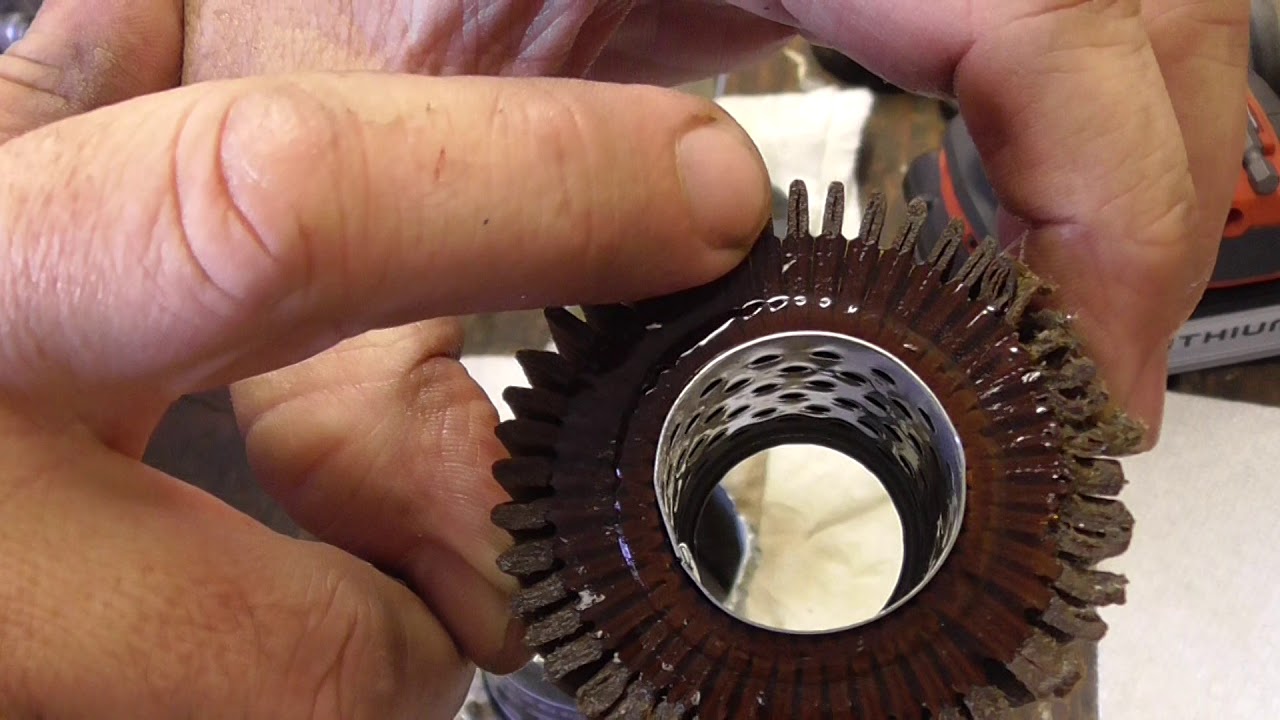 Cutting open a 2016 Mazda CX5 oil filter. These look much like most of the OEM filters on the market today, with no end caps on the filter material. Addition... 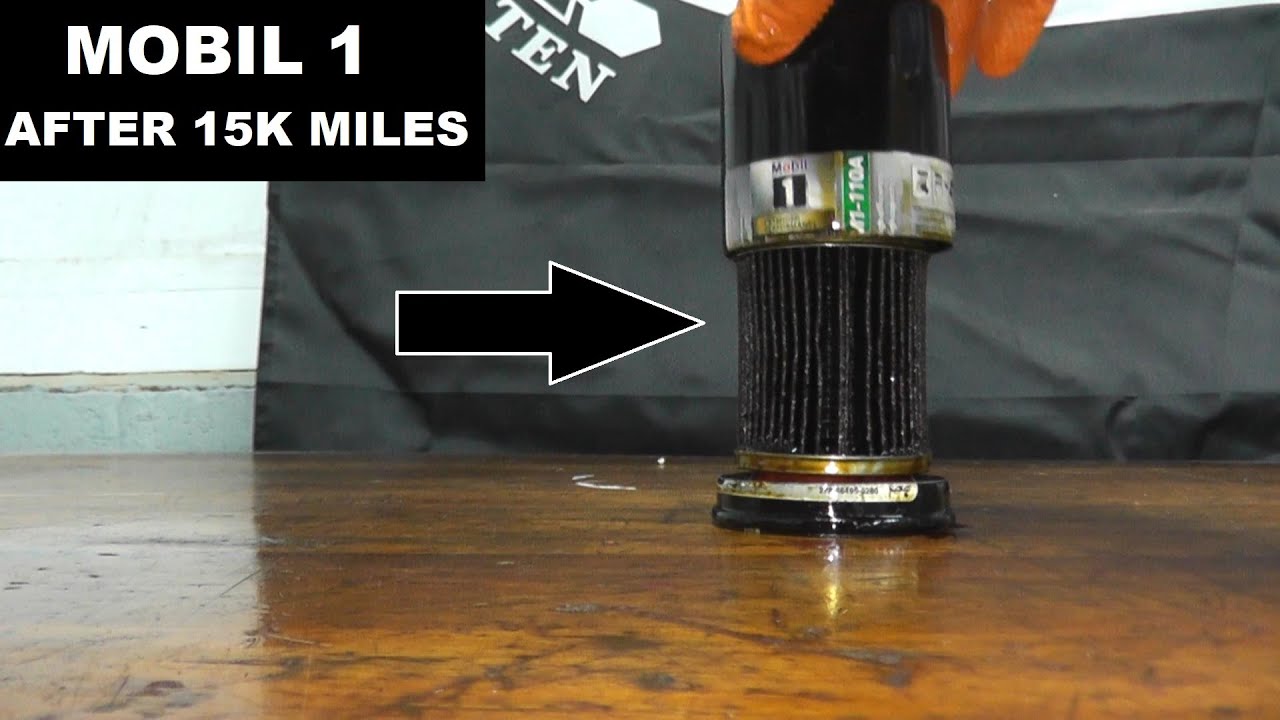 Which do you think is better?
Click to expand...

No doubt a custom-made OEM oil filter is much superior than a “one-size-fit-all” generic aftermarket oil filter which is designed to be used by too many different engines. 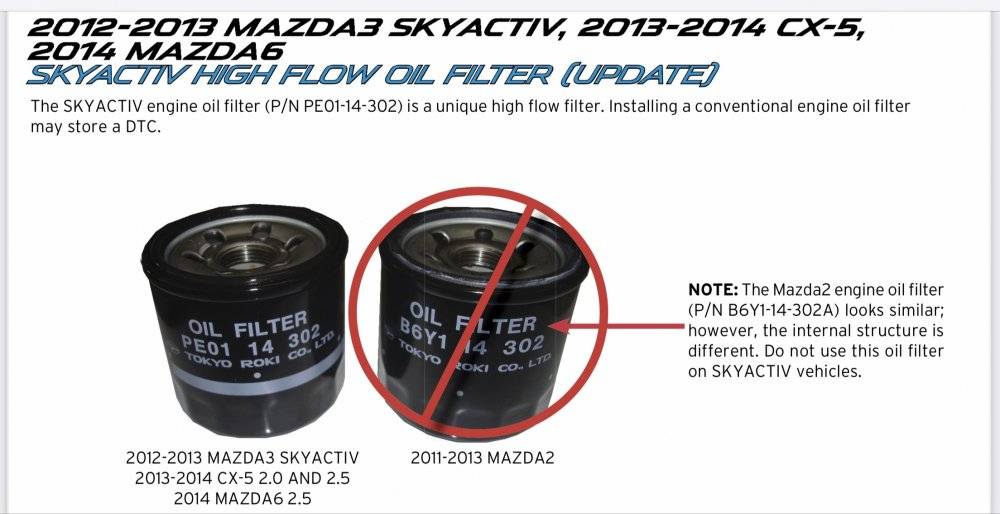 AdzamOZ said:
Skyactiv Oil Filters
Here is one MNAO PDF to their US Mazda Dealers concerning genuine Oil Filter(s) installation and use for ALL SA Engines..
Mazda Dealers (in USA particularly) are also seeing stored DTC's (Diagnostic Trouble Codes in PCM) when they use even 'other' genuine Mazda oil filters in Skyactiv engines, see pic, they look identical, but it is what is inside.

About the YouTube video you posted which is criticizing the Mazda OEM oil filter, Thai made Denso 1WPE-14-302 for SA 2.0L / 2.5L, especially to the lack of ADBV. I looked at the comments and he insisted the ADBV is necessary even though the oil filter is mounted virtually. He apparently believed the lack of ADBV will let all oil in the passages drain back to the oil pan through the oil filter and oil pump when the engine is stopped. While his statement may only be partially true as only those oil in higher location passages (valve train) may have some chance to drain back, but Mazda could simply designed a “P-trap” in the oil passages preventing oil draining back by gravity. Mazda engineers should know better from an overall engine design, and believe that it isn’t an issue, and could choose having more room without ADBV in the oil filter for bigger filtering area and higher oil flow on the element. He also made a false observation that the filtering element looks like having gaps on pleats by visal observation from outside, even after a comment pointed out that the sealing is made from inside. He’d never tried to actually open the filter element like many other videos have done. The filter element with no metal end caps in Thai made Mazda OEM Denso oil filter looks like the oil filter cartridge used on my BMW 528i, and definitely there’s no gaps on those pleats. 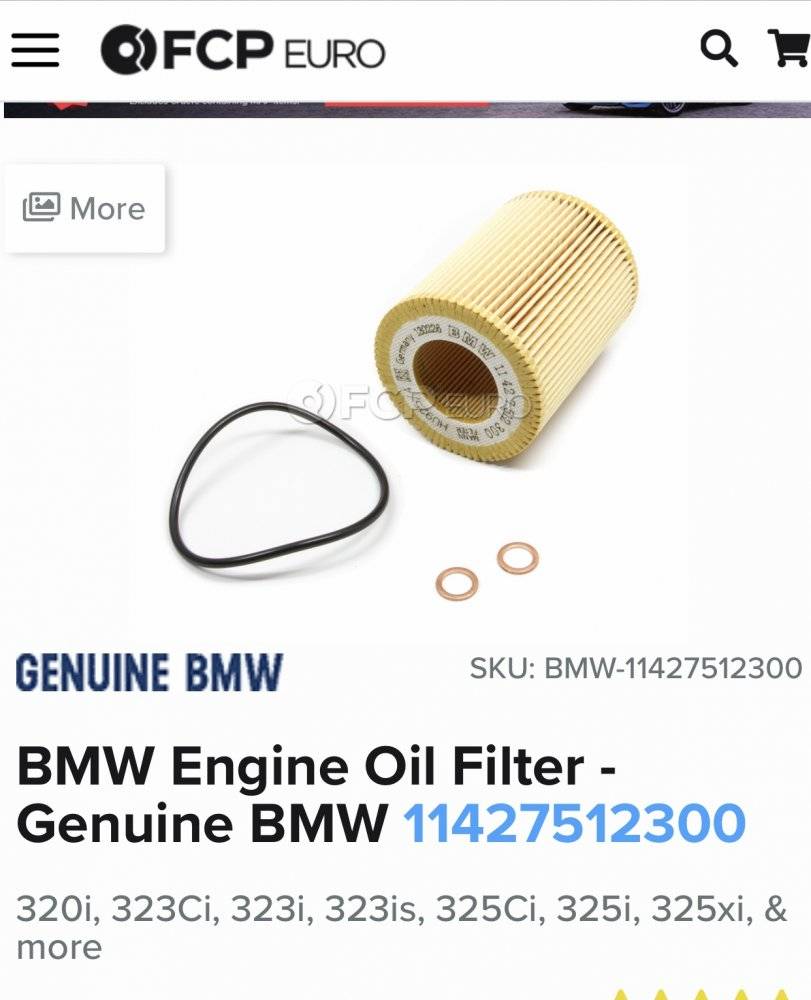 Since I mentioned the similarity between (Thai made) Mazda oil filter element and BMW oil filter cartridge, if you’re worried about some oil in the passages would totally drain back to the oil pan without ADBV even though there’s full of oil in the filter, then you don’t want to buy a BMW as the oil filter canister on BMW’s famous I6 is sitting at the top of the engine, and it becomes totally empty when the engine is stopped without ADBV. The engine needs some initial time to fill up the oil filter canister which is about 3X bigger than Mazda’s oil filter each time you start the engine. Last time I checked, my 21 years old 2000 BMW 528i still runs fine and uses almost no oil!

The Japanese made Tokyo Roki OEM oil filters and Mexican made Value OEM oil filter are different and do have metal end caps on filter element.

I can only say there’s too much information on the Internet, you make your own decision and trust whoever you think he’s correct.

If you want to read more credible reviews on oil filters, go to “Bob Is The Oil Guy” forum and read the following threads on Mazda OEM and Wix oil filters:

That’s why I don’t use orange-color oil filters!

It is a bummer that the Mobil 1 M108 or slightly oversize M110 filters, or the equivalent size Purolator Pure 1 filters aren't good for the Mazda engines.
They are excellent filters and I would have no issues changing them every other oil change (I change the oil at 5000 miles).That would offer a slight savings in money and time and less mess.

Proven, if you bought it in America then it was made in America (at least it seems so, there are more than a couple factories in the US), and no more expensive than that POS fram.

EDIT: dang thing...if you quote my post and paste into the address bar, it'll take you to CX-9 filters.

Oh yeah, one more thing. A lot of us on the 7 club use an oil filter from a 2000 Mazda 626 in our FD RX-7s. It fits the same onto the pedestal, but is taller and has a bit more capacity, which tells us it's got more filtering media in it. My point is OEM filter and fitment may not be the absolute best.
Last edited: Jul 9, 2021

I cut open and take apart the Thai filter every time I change the oil. The top and bottom 'piece' is actually a tough glue, maybe it is epoxy, that completely seals the pleats. It is impossible for oil to flow around the filtering media into the top of the pleats. The filtering material works good, I consider it a high quality custom filter and it is the only filter I will ever use. Can buy them in bulk on ebay.
Please log in or register to reply here.

B
Saw dealership using this oil for 2017 CX5