I've managed to rip off the noise insulation now twice.

I see another thread that this was changed from a similar plastic piece during the 2017 refresh for road noise reduction. Anybody know if it would be possible to layer the 2016 plastic (for durability) over the 2017 fiber (for noise reduction)?

Open to suggestions, thanks!
C

If you could post a photo of the area you're describing, that would probably help to get more responses. I'm trying to envision the area you're talking about but it's still unclear to me.
C

The drain holes in the front seem to catch snow drifts and large water puddles, pulling on the connection points

I don't know if layering the plastic over the fiber would work. A cheap and easy alternative to brace the panels/make them more secure is to drill holes into the panels, then ziptie the panels together. I'm thinking that any pulling force would then be spread out across the screws and the zip ties. No idea if this would actually work though.. 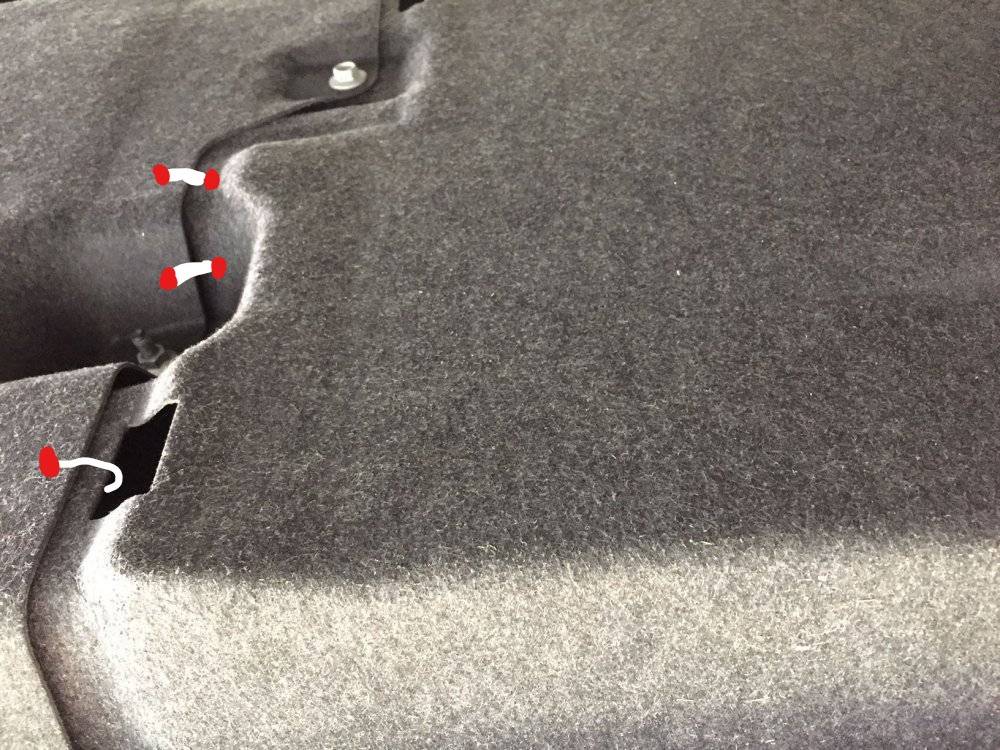 I admittedly considered that, but was concerned about stress at the new holes not being able to withstand the tension -- unless It was a consistent braid across the seam

It is that drain hole in the pic that seems to be catching TBH -- and then when it does, it pulls on the connection point at the middle black screw (and one at the bottom not shown). To that end, I'm also considering adding washer with teeth at both to reinforce the stress points -- as well making that drain hole bigger with a half circle (from the hole back to the right in the pic), so the water/snow doesnt havent as much lip to grab on the edge.

Open to other suggestions though

Maybe tape the seam with something like Gorilla tape. I don't know how well it would stick to that type material.
C

Circling around on this one in case it's helpful

So I've overlapped them the other direction with the front over the rear edge so there's no ability to catch, and put extra washers at the connection points to hold them down more securely.
Please log in or register to reply here.

A
Annoying Clicking Noise From HUD Area (2021 CX-5 Signature). Anybody come across this issue?